The problem with American remakes of British shows 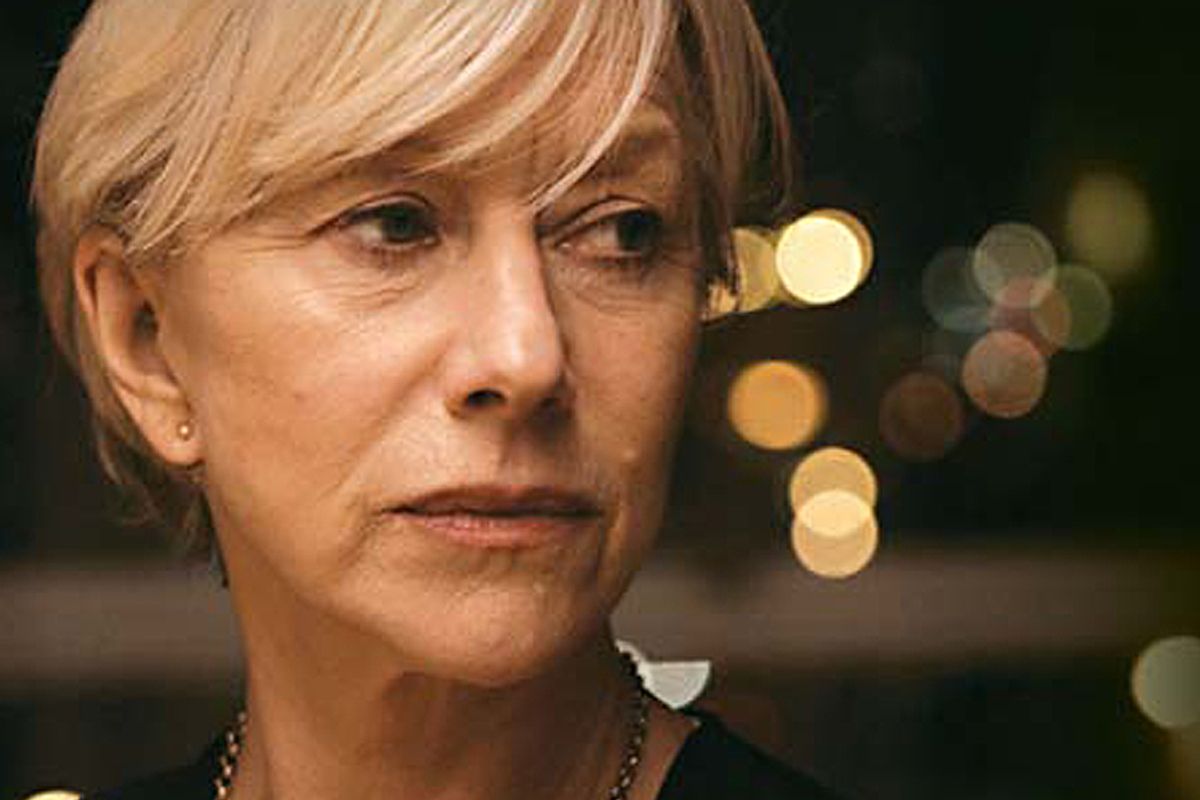 I'm not categorically opposed to remakes. The announcement of a remake gives viewers the chance to play the "Who would you cast?" parlor game, which is fun. And once in awhile the finished product can be different from yet equal to the original, like an imaginative cover of a classic song. But the news that NBC has ordered a new pilot for an American version of "Prime Suspect" starring Maria Bello gives me pause. The idea of remaking the story of Detective Chief Inspector Jane Tennison (Helen Mirren) for American network TV seems wrongheaded. The problem is the venue. The U.S. broadcast TV model -- with its 42-minutes-a-week, 22-weeks-a-year format, frequent commercial interruptions, and still-oppressive content restrictions -- is the enemy of every fine quality that the original "Prime Suspect" possessed.

British TV has become a bit more regimented in recent decades, but it still demonstrates a basic respect for the creative process that eludes U.S. broadcast networks -- a willingness to hire good people, trust their instincts, and let content dictate form rather than the other way around.

If you research notable British shows that became hits over here, you'll be struck by the relatively small number of episodes per season and by the erratic gaps between seasons. Great British shows don't always produce precisely the same number of episodes every single year, during roughly the same time span, then restart the production process and start cranking out more episodes immediately. There were, for example, only 12 episodes of the original "Fawlty Towers." The great Steve Coogan character Alan Partridge -- a twittish talk show host bumbling from fame to infamy -- appeared in multiple TV and radio series and specials that appeared sporadically between 1991 and 2002. The English version of "The Office" consisted of two series of six episodes broadcast between 2001-2003, followed by a couple of specials. Even the English version of "Skins," which was produced in the somewhat more regimented modern era, gave its producers some structural wiggle room. From 2007-2011 there were five seasons that varied in length from eight to 10 episodes.

The unifying factor in many great series is patience on the part of both filmmakers and broadcasters. Quality is somewhat more important than quantity; there isn't such a heedless rush to keep cranking out new episodes at a breakneck pace just to preserve momentum. The best British TV exports well because of that attentive, handcrafted quality, and broadcasters know better than to muck with it. (When I cracked open my screeners of Showtime's "Episodes" and saw that the first season contained seven shows, I thought, "That's an awkward number. Who the hell orders seven shows?" Then I read the presskit and saw it was co-produced by -- ta-DAH! -- the BBC.)

American television, in contrast, has more of a factory mentality. They're making product to sell into syndication, where the magic number is 100 episodes -- enough to fill a daily Monday-to-Friday schedule for 20-plus weeks. Speed and efficiency are of the essence because the networks want to squeeze out 100 episodes and hit that syndication jackpot as soon as possible.  All the products have to be made in-house using existing tools and processes, stamped out and rolled onto the showroom floor at the same time each year -- otherwise sponsors get restless, and Americans bred to expect instant gratifaction grow surly and betrayed. (It's September. Where's my show? I want it NOW!)

Since the the '90s, when offbeat, original cable series started grabbing awards and viewers away from NBC, CBS, ABC and Fox, the broadcast networks began to innovate -- to prize originality and quality at least some of the time -- but in their hearts they're still assembly-line operations. On most broadcast network, a standard season runs 22 episodes -- an initial burst of 13 followed by another nine. The cable channels are factories too, but smaller, with a boutique mentality. A season of scripted programming generally runs 10 to 13 episodes, and it's not unheard-of for notable series to take more than a year off between seasons and return when they're ready. (Remember the long hiatuses between certain seasons of "The Sopranos"?) But compared to British TV, American cable still has a bit of that "Modern Times" feeling: throw the switch, make the goods, and try not to get chewed up in the gears. If the showrunner of a hit AMC or FX or TNT program told executives, "Sorry, but we only want to do five episodes this year instead of a dozen -- and we need another six months to work on them, otherwise they won't be good," odds are she'd be handed a cardboard box and asked to turn in her parking pass.

This get-it-done mentality might have long-term financial rewards, but it's the enemy of quality and consistency. Anyone with a TV can see that. How many times have you fallen in love with a good or even exceptional new American show, only to have your heart broken when it returns sporting pointless gimmicks, insulting filler, ill-advised casting changes, and creative "tweaks" that reek of focus-group testing, executive meddling and a crisis of confidence in the writers' room? More times than you can count.

"Prime Suspect" wasn't burdened by such pressures. It wasn't an American-style network TV show; it was a series of movies, or miniseries, or movie-miniseries. (That I'm having trouble just labeling it says a lot.) Created and overseen by Lynda LaPlante, it debuted in 1991 with a 200-minute, two-part drama. The next 200-minute two-parter aired 17 months later, in December 1992. Another aired in December 1993.  The fourth "Prime Suspect" departed from the template, offering three self-contained 100-minute stories that aired three weeks apart. The final three installments returned to the 200-minute, two-part model, airing in 1996, 2003 and 2006. It is hard to imagine any broadcast network indulging that kind of "whatever works" production schedule -- and that's the first warning sign that this project has an excellent chance of being flat-out bad, or else competent but compromised, like ABC's short-lived American version of the ITV series "Cracker."

If an Americanized "Prime Suspect" ends up on the NBC grid, it will likely debut at midseason with a six-episode limited run. If it gets picked up, its producers will have to make 22 episodes a year, each running about 42 minutes. The drama will be stuffed into ad-friendly five- to seven-minute chunks like Spam packed in cans. And although there might be some content that's considered "edgy" by network standards, I doubt we'll see anything like the opening act of "Prime Suspect 1," which showed a group of male cops and a male coroner examining the naked, pasty, hideously hacked-up corpse of a female rape-and-murder victim. Far from being gratuitous, the scene was integral to the program's unflinching attitude toward the vilest human behavior. It looked at savagery through a cop's eyes. And the sexualized brutality showcased in that first scene connected to the professional and personal struggle of DCI Tennison, a great detective whose male colleagues treated her as, at best, a female interloper, at worst a piece of meat.

An NBC version of "Prime Suspect" can't match the first 20 minutes of the first British show, or spend 200 minutes (five regular-length American broadcast TV episodes!) on a story as racially and sexually charged as the one that drove "Prime Suspect 2," or attempt a muckraking urban epic along the lines of "Prime Suspect 3," which dealt bluntly with prostitution, child pornography and the death of a "rent boy" without seeming exploitative. Nearly 20 years after the debut of "NYPD Blue," NBC and its broadcast brethren still aren't tough enough or wise enough to handle that sort of thing. Commercial cable is only slightly better-equipped. There's violence galore on FX and AMC and other commercial cable channels, but it's mostly stylized genre violence (action thriller mayhem, sci-fi gore). They're still oddly shy about sex, shooting around naughty bits when they show the act at all. And they won't let characters say "fuck"; when John Slattery's character said it on "Mad Men" -- a series aimed squarely at adults -- AMC bleeped him. (And since I mentioned "Cracker," let's note that on the original British series, Robbie Coltrane's Fitz was a chain smoker. ABC didn't want to air a show with a hero who smoked, so on the U.S. remake starring the late Robert Pastorelli, the hero was an ex-smoker who kept a cigarette tucked behind one ear.)

More important, American TV is averse to letting race, class, politics and other touchy elements drive stories because it might make viewers and sponsors skittish. That's why the American crime show's favorite bad guy is the serial killer, a mythologically exaggerated monster whose existence lets filmmakers titillate and terrify while declining to engage with society at large.

Jane Tennison never dealt with effete, wisecracking, Hannibal Lecter-type bogeymen. She lived in reality. Over 15 years,"Prime Suspect" dealt frankly with sex, sexism, race, class and the intrusion of politics into police work. It did so subtly, prizing plausibility and never delivering a jolt without reason. And it treated time as an ally instead of an enemy. One of the pleasures of "Prime Suspect" was the opportunity to re-engage with it after a long break and discover that Tennison had risen in rank or settled into a new job or a new relationship. The gaps between installments enhanced the sense that you were seeing excerpts from a life in progress.

You can't do any of that on NBC. You can't re-create or even approximate "Prime Suspect" in a commercial broadcast network series that airs 22 episodes a year. The material can't breathe in the same way. And forget about being unflinching. What passes for unflinching on NBC is "Law & Order: Criminal Intent," an entertaining but mostly absurd procedural that bears about as much qualitative relation to "Prime Suspect" as "Training Day" does to "Serpico." And don't even get me started on TNT's "The Closer," a fitfully entertaining series that has wrongheadedly been described as an American answer to "Prime Suspect," presumably because its main character is a strong-willed female detective. (It's not a subtle psychological drama, it's a suck-up-to-the-star spectacle about a mercurial Southern belle following her muse and dazzling the nonbelievers. "Prime Suspect" writes in plain script, "The Closer" in big block letters.) Not many American cop shows, broadcast or cable, have engaged with reality as directly as "Prime Suspect" -- and the best of those were produced not in Hollywood, but in Baltimore:  "Homicide: Life on the Street," "The Corner," and "The Wire."

When we watched the Fox network series "The X-Files," for example, the main draw was Fox Mulder and Dana Scully vs. a vast and unknowable conspiracy. The secondary draw was series creator Chris Carter and company vs. the Fox network and the network TV assembly line generally. Every time you watched that series -- or "NYPD Blue," or "Lost," or "24" or "ER" any other U.S. network program of note -- there was an extra-dramatic sense of anticipation. You wanted to see if the writers would manage to transcend network content restrictions, format limitations, behind-the-scenes meddling by executives and sponsors -- not to mention the pitiless pressure of having to churn out 22 episodes a year even if they didn't have enough stories to justify it -- and produce great TV. Or just good TV.

Sitcoms have better luck than dramas, but even they suffer over time. CBS' "All in the Family" was an often splendid update of the British sitcom "Till Death Us Do Part," but it ran eight years, had many bum stretches, and grew weak near the end. NBC's "The Office " is one of the best import-adaptations ever, but its quality has flagged in recent years. If it were a cable series that did 10 episodes per season (or better yet, six) I doubt there'd be a wasted second.

Bottom line: I'm not saying that an American "Prime Suspect" cannot possibly be good. I'm saying NBC is not the venue for it -- and that if the network insists on going through with this exercise, it might as well save itself the trouble and call the series something other than "Prime Suspect."