Anderson Cooper does not recommend getting hit in the head

Returning home from another harrowing journalism excursion, the CNN host says he was lucky 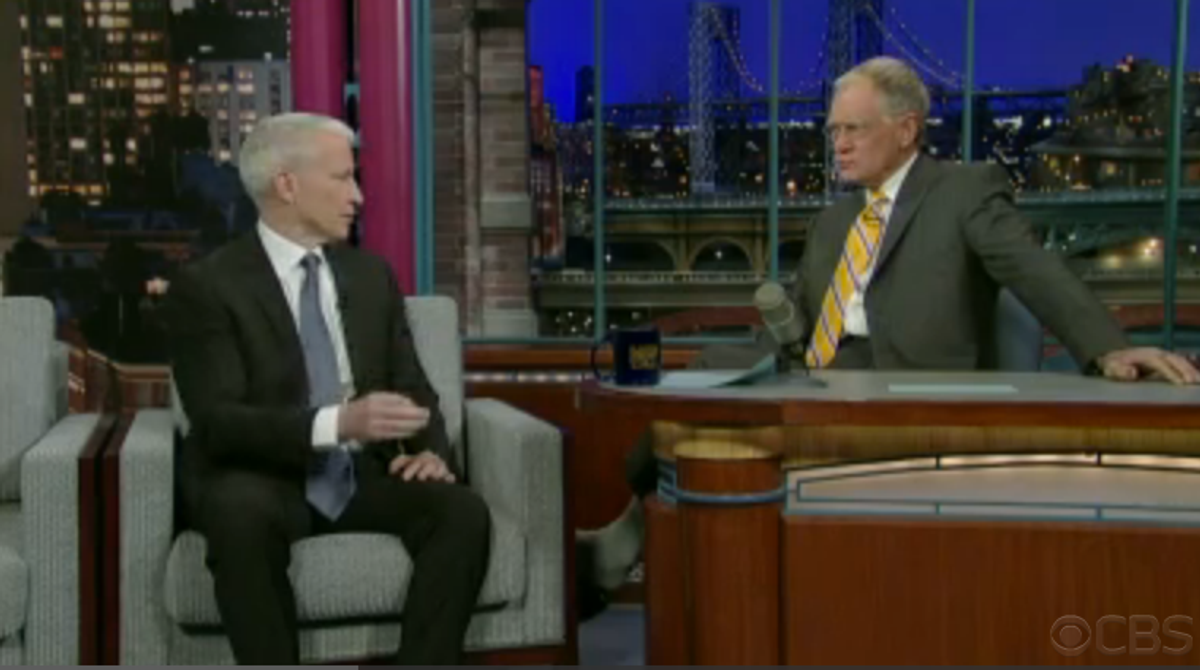 Anderson Cooper returned to the U.S. this week after a particularly violent trip to Egypt. In his first broadcast back in CNN's studios, Cooper lit into the Mubarak regime for allowing the violence to which he'd been victim and condemning the lies the Egyptian president is allegedly spreading. On last night's Late Show with David Letterman, however, Anderson toned things down a bit and talk about how his first fight ever unfolded. (Spoiler: As the Egyptians punched him, the pale-skinned, grey-haired CNN host shoulted "God willing" in Arabic thinking he was saying "Peace.")