After one too many hangovers, I decided to swear off alcohol. I didn't know I'd be giving up women, too 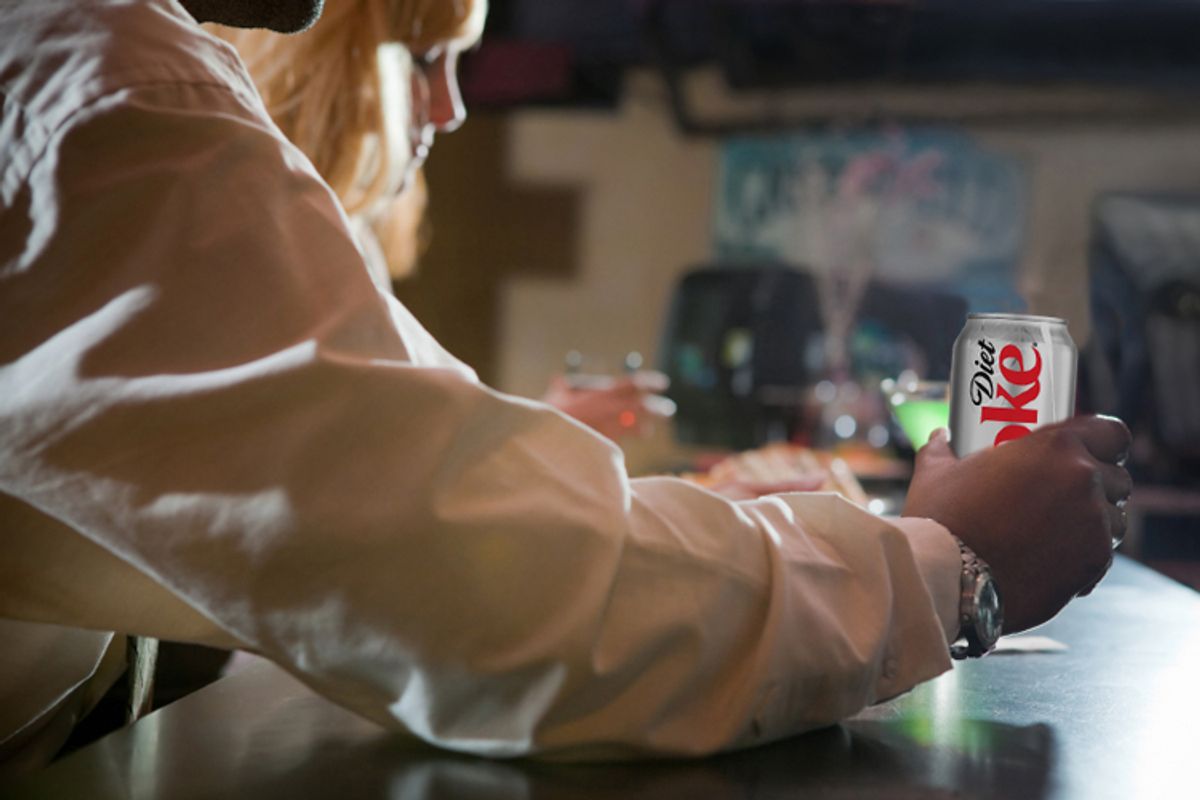 "Do you just like Diet Coke a lot?" my date asked.

I considered each of the dozen excuses I'd prepared for such a question, but finally I settled on the most straightforward answer: "I'm kind of not drinking right now."

Everyone at the bar kept talking loudly; we did not. Melissa seemed to require more information, and so I offered it, trying to look casual and comfortable in a way I didn't feel. "I wasn't forced to stop or anything," I said, smiling. (Did that sound defensive? Like I was hiding something?) It was my first dry date, and it was going to be a long night.

A month earlier, I realized it was time to take a break from alcohol. My reasons were probably what you'd imagine. I simply liked drinking too much, and I did not know my limits. It wasn't any dramatic event that made me want to stop, but rather a series of recurring regrets. After a particularly horrendous hangover, I decided to cut out drinking indefinitely. But while sobriety was great for my health, and my head, it was proving bad for my dating life.

Before I quit drinking, meeting girls was easy: I met them in bars, a place in which, as a young, social New Yorker, I spent a fair amount of leisure time. And that's where I was, sipping my Diet Coke, when I met Melissa. We hit it off right away, despite the fact that she was at least two sheets to the wind (possibly three). I enjoyed our conversation, but I realized the first problem with meeting girls sober in places of drunken revelry: You feel weirdly guilty. Our exchanges were unevenly matched. She was overly enthusiastic, loud. Her eyes betrayed a lack of comprehension at times. Was it predatory to hit on this girl? Then again, if I wouldn’t have cared before, why stop now? So I got her phone number anyway.

I could have just lied on our first date, although that seemed dodgy, an unpromising start to a possible relationship.

"It's totally fine if you drink," I said. "You can drink all you want." I immediately regretted that. It sounded so creepy, like I was encouraging her to get wasted.

By her third drink, having a conversation with her was like trying to play the game Telephone during a Sleigh Bells concert. I didn't want to be judgmental. I wanted to be the coolest sober person ever. But she kept sucking down vodka tonics, as if in defiance of arcane Prohibition laws, and as she got looser, I grew more anxious: Am I allowed to kiss her like this? Did I even want to?

It was a mistake to pick up a girl in a bar in the first place, let alone bring her to another bar. It was like watching "Schindler's List"and complaining it wasn't funny enough. I realized, though, I had no idea where else to take women on a first date. A drink had always been just right -- less pressure than going out to dinner, but more substantial than going out for coffee. Sobriety wasn't just forcing me to get more responsible. It was forcing me to get more creative, too.

So how to describe my situation going forward? What could I say that was neither too mysterious nor too revealing? People face these self-disclosure dilemmas all the time: When they're struggling with an illness or a bout of unemployment, whenever they're wrestling with the tough stuff of life that can, understandably, make other people squirmy and silent if dropped into the middle of a conversation too soon. At the time, I was training for a marathon, so I claimed my athletic regimen precluded booze. It was plausible and half-true, but it sounded a little like I was issuing some healthy lifestyle challenge. Who would want that?

My next foray into dating didn't go much better than the first. I took Beth to a comedy show, and we went for a walk afterward. The subject of alcohol never even came up. I couldn't shake my nerves, though. Every moment had an edge. My jokes didn't land right; silences lasted for ages. I didn't want to be drinking, but I wanted the easy cheats drinking had always given me: instant familiarity, the easing of tension. I wanted to feel I was making a connection, even if it was just an illusion. Instead, I was forced to face an uncomfortable reality: Beth and I weren't clicking.

Several date-free months passed. I resolved not to ask anyone out unless I felt genuine sparks. I met girls at parties, but nothing panned out. It had nothing to do with alcohol -- well, not directly. But my confidence was shaken, and where I'd once been uncorked by booze I now felt muzzled by sobriety. It was an odd corner I'd painted myself into -- only wanting to date someone I connected with strongly, but not making much of an effort to meet anyone new. Staring down a life of monasticism, I decided to jump at the chance to create my own "meet-cute," romantic comedy-style.

It was New Year's Day -- a morning of fresh starts -- and I was enjoying breakfast at a cafe near my apartment. An attractive girl sat down at the stool next to mine, pulled off her headphones and shook her hair loose from a wool cap. The whole thing almost seemed preordained. Over the cafe's booming dance music, I looked up from my magazine and said, "The thing about disco brunch is that I never know whether to keep reading or start dancing."

She laughed, and pretty soon neither of us were reading our magazines. We made plans to go to a movie later that week.

The theater was near an NYU-area basement bar called Fat Cat. I didn't especially want to go to Fat Cat, but it was convenient and packed with diversion like Ping-Pong and pool. We'd been there for 20 minutes when the Diet Coke question arose. I told her I wasn't drinking for the time being, but that I wasn't in Alcoholics Anonymous.

"Oh good," she said. "I would have been so out the door if you were." It was a joke, but it seemed like only half a joke. "So you weren't hung over when we met?" she asked. "Because I was totally hung over that day."

I felt her searching my face for signs of disapproval. I made a face I hoped was neutral.

We didn't go out again.

My lack of drinking probably wasn't the deal-breaker. Erica worked as a concert promoter in Brooklyn, and there were definitely some lifestyle differences between us. Whether it had anything to do with alcohol, we were simply incompatible, which brings me to a hard, simple fact of dating: Most people you find attractive are not necessarily people you can spend a lot of time around. Getting drunk has the effect of turning any occasion into a party, though, and looking back, it can also do that with people. I always knew that alcohol made me feel so much more interesting. What I hadn't fully realized is how it made other people so much more interesting. When I think about successful dates from the past now, I wonder whether we were just fooling each other.

And so I inch into Valentine's Day without a date. Which is fine. I've stopped looking at sobriety and its attendant complications as "bad" for my dating life. Instead, I consider it a challenge. I want to find someone whose company I genuinely enjoy, who enjoys even my bad jokes and awkward stammering, someone I don't need the armor of alcohol to feel safe around. Now that I know what I want, it makes waiting for it a whole lot easier. It also makes me feel more like a grown-up. I don't really like spending this romantic holiday alone. But it's much better than spending it with the wrong person.