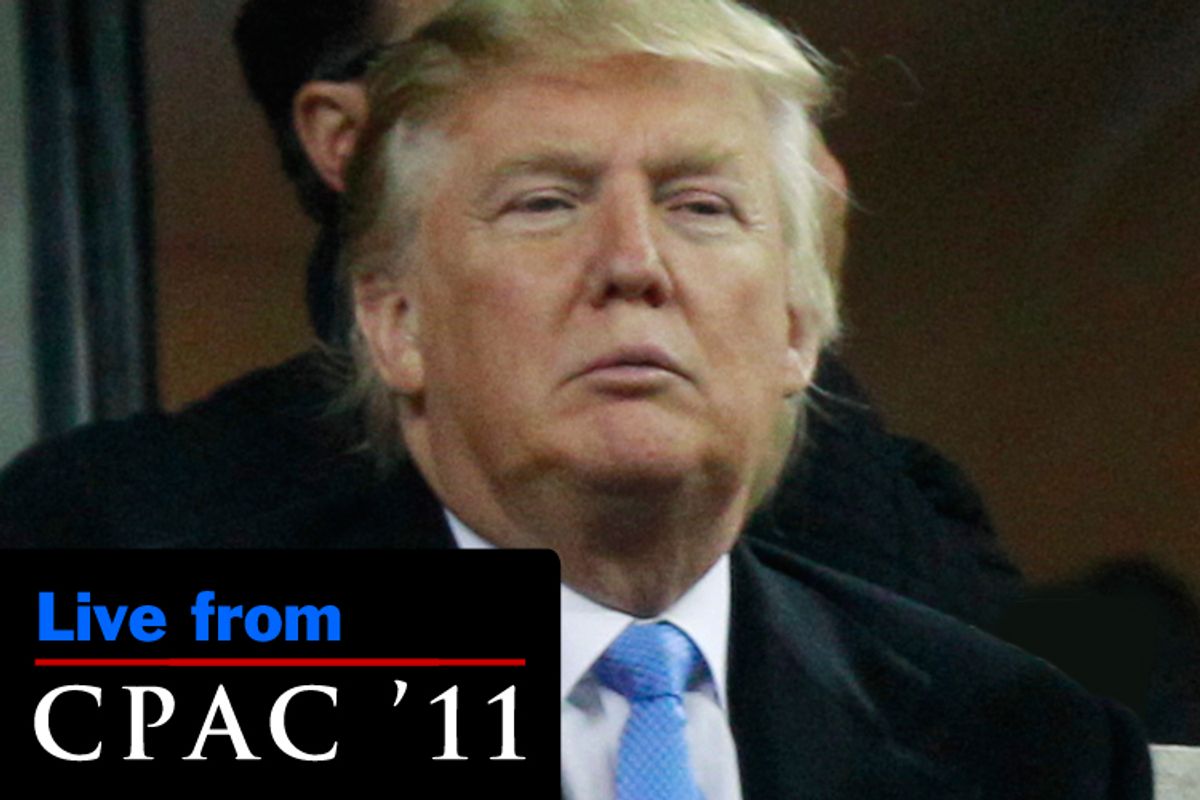 There are good reasons to be extremely skeptical about Donald Trump's claims that he is considering a presidential run. First off, his lack of political experience. Second, the fact that he has made similar claims many times in the past, reliably failing to follow through.

But Trump accepted a last-minute invitation to speak at CPAC, and he was introduced to some of the biggest cheers of any speaker today; someone yelled out, "you're hired!" That reception may be explained by his celebrity more than anything. (He also got the biggest boos of the day when he said Ron Paul "has zero chance of getting elected.")

Trump's speech consisted mostly of Apprentice-style platitudes like: "I'm also well acquainted with winning, and that's what this country needs right now: winning." He described himself as pro-life, anti-gun control, and anti-ObamaCare.

Meanwhile, these fliers have appeared all over the Washington hotel where CPAC is being held: The fliers were created by the gay conservative group GOProud. The attached website, shouldtrumprun.com, touts another flier that reads:

"It's so cold outside ... so where's the global warming?

Don't let our remaining factories and manufacturers (the ones that China and other countries didn't destroy) become less competitive because of something that doesn't exist.