"The Eagle": Channing Tatum vs. the savage Brits 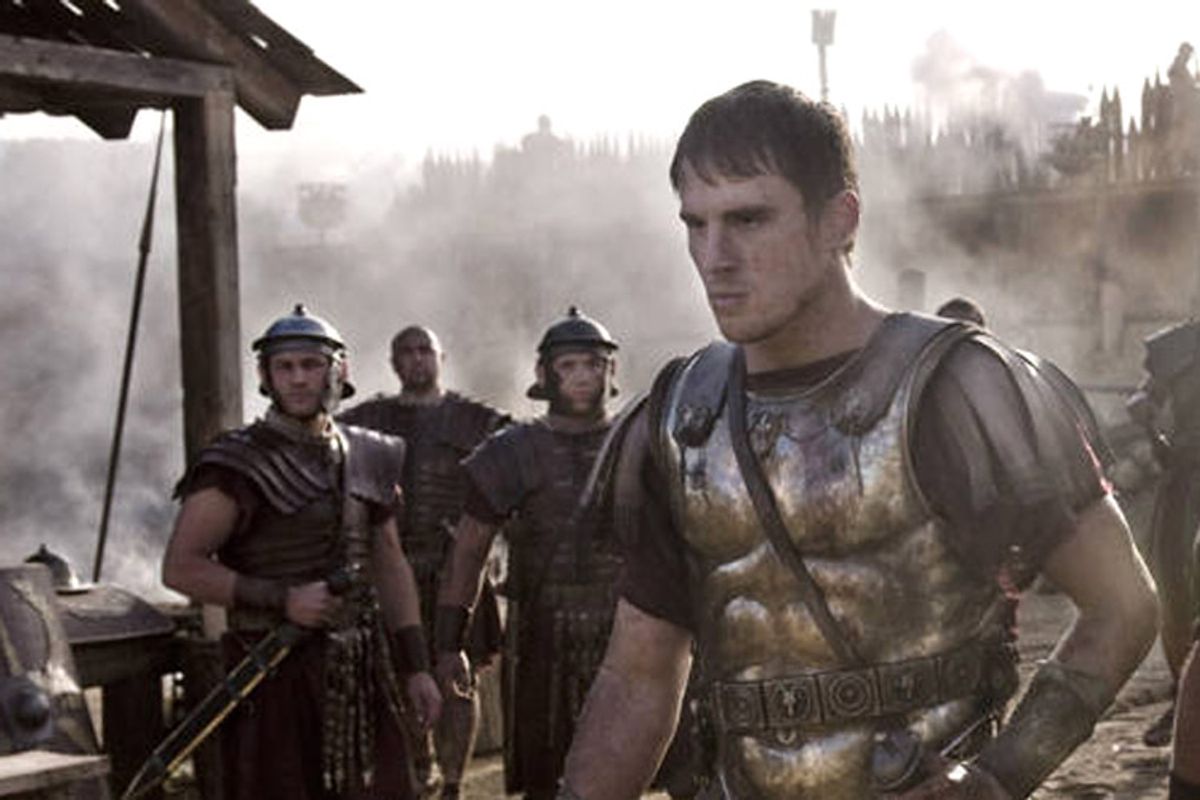 Channing Tatum in "The Eagle"
--

It's easy, I guess, to come up with explanations as to why our culture remains fascinated with the Roman Empire, 1,600 years or so after its collapse. (Lest you think that this is primarily a contemporary American phenomenon, let's recall that Edward Gibbon's "Decline and Fall of the Roman Empire" was published in 1776.) It's apparently not quite as easy to make good movies about the Roman Empire, or at least good movies that capture the public imagination, since nobody's gotten it right since Ridley Scott and Russell Crowe's soapy but memorable "Gladiator" more than a decade ago.

Director Kevin Macdonald's mid-budget spectacle "The Eagle" captures a memorable vision of life in 2nd-century A.D. Roman Britain, and Jeremy Brock's screenplay is alive to the Roman obsession with honor and the almost casual acceptance of violent death. But this adaptation of Rosemary Sutcliff's much-loved 1954 young-adult novel "The Eagle of the Ninth" bastardizes the source material to no good purpose, ending up with a strained combination of rah-rah, boy-bonding adventure and p.c. cross-cultural exploration. Even so, "The Eagle" would be a lot more enjoyable if it weren't for the utterly incoherent action scenes and the side-of-beef performance from rising young hunk Channing Tatum as its supposedly brooding and wounded hero.

"The Eagle" is the second movie within a year to tackle a historical controversy: The mysterious fate of the Ninth Spanish Legion, once commanded by Julius Caesar, which purportedly disappeared somewhere in Britain around the year 117 A.D. (I say "purported" because some historians think it didn't happen that way at all.) The first one was Neil Marshall's underappreciated "Centurion," an ultraviolent mud-and-blood saga starring Michael Fassbender as the commander of a tiny group of Ninth Legion survivors trying to fight their way home through the contradictions of empire. If "Centurion" was almost too obviously a parable about contemporary America's overseas misadventures, it was held together by forceful performances, visual intensity and sheer narrative drive, none of which are much in evidence in "The Eagle."

Tatum plays Marcus Aquila, a young Roman officer whose father disappeared 20 years earlier while in command of the Ninth in hostile northern Britain (aka present-day Scotland). After he's injured in battle and discharged from the army, Marcus goes north with only his British slave Esca (nice work from wiry young English actor Jamie Bell), in hopes of finding word of his father's fate and recovering the metal figurine that served as the legion's standard: the eagle of the Ninth. There's a lot of great material here, from Marcus' willingness to die in pursuit of a meaningless symbol to the ties of manly honor that cement the ambiguous Lone Ranger-and-Tonto relationship between Marcus and Esca, a native Celt who is, after all, helping a Roman invader against his own people.

While I have no doubt that Tatum's football-star physique renders many viewers weak at the knees, his performance as Marcus is delivered in a somber, stoned, one-note manner that I think he means as grave and serious. Macdonald has directed interesting films, including "The Last King of Scotland" and the mountaineering documentary "Touching the Void," but this one feels rambling and episodic, as if he and Brock had never quite settled on an approach to Sutcliff's novel and were experimenting with several different kinds of film in one.

More than anything else, "The Eagle" resembles a western -- sometimes a white man-among-the-natives western after the fashion of "A Man Called Horse," and sometimes a war-is-hell western along the lines of "The Searchers" or "Unforgiven." But like the decision to cast American actors as Romans and British actors as the Celtic slaves (in defiance of sword-and-sandal convention), this feels like an intriguing premise that never quite goes anywhere. In fact, that's a good way of defining the whole movie, which features impressive Scottish scenery, fanciful re-creations of primitive Celtic villages, and some episodes of disturbing violence wrapped up in a bizarrely lighthearted conclusion, but no discernible reason for existing.