Pick of the week: A corrupt lawyer and a beautiful doctor get steamy on the mean streets of Buenos Aires 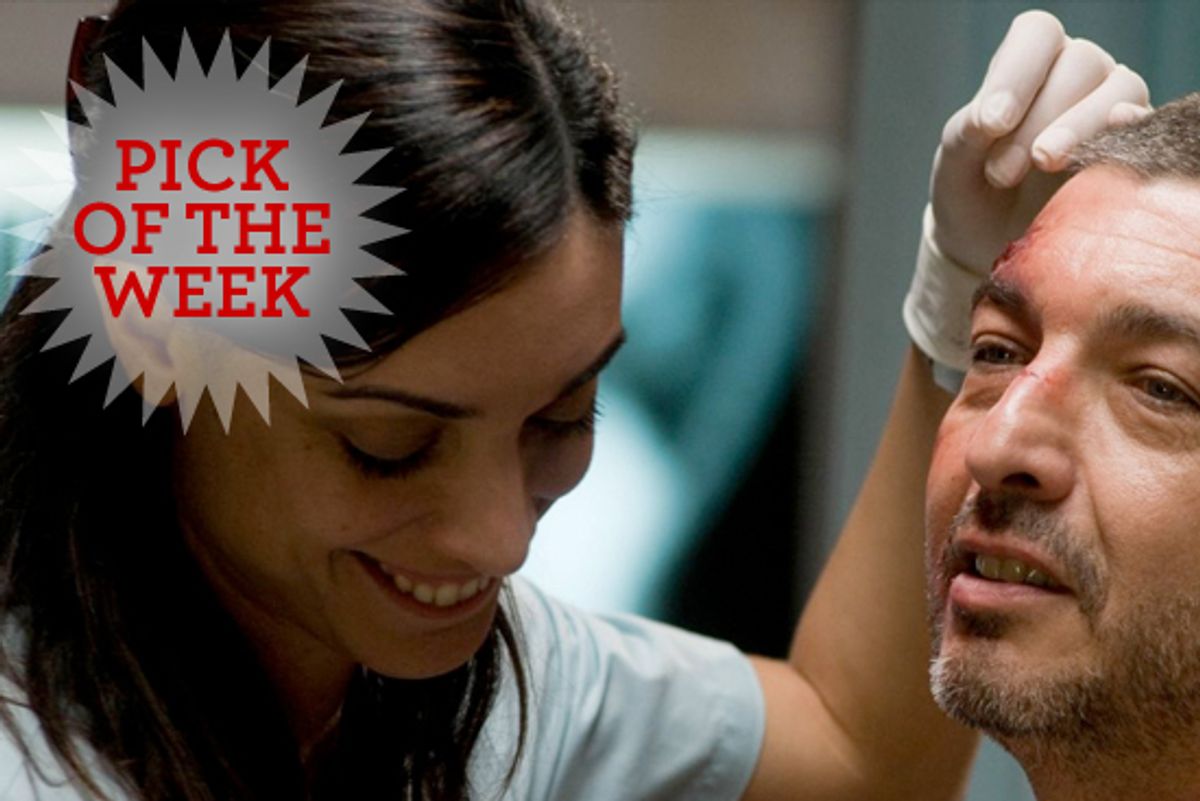 New York Times critic A.O. Scott recently offered some new lyrics to an old refrain: We're living in a New Golden Age for world cinema, but Americans don't seem to notice or care. He's completely right about that, and I've been singing the same song for seven or eight years now. Scott's also right that this isn't something new but more like "the continuation of a 30-year trend," that of foreign films, especially artier ones, gradually losing both their hipness quotient and their market share. Furthermore, as he points out, you can assign blame on both ends of the supply-and-demand economy: The American film industry doesn't understand other kinds of moviemaking and tends to marginalize it, and even as pop culture goes global, audiences have taken "a cautious, isolationist approach to entertainment."

That's all true, except that I really don't think you can blame the audience for the fact that they've been utterly submerged and surrounded and homogenized by a very particular, Hollywood-centric vision of what movies are like and what purpose they serve. It's also true that international art cinema has more and more become a self-reflexive domain, where formally audacious, attention-span-testing movies get tremendous acclaim on the film-festival circuit but have virtually no chance to connect with a larger audience, in America or Kazakhstan or anywhere else. You simply can't expect an opaque allegory like "Dogtooth," this year's Oscar-nominated surprise from Greece, or the Palme d'Or-winning dream-poem "Uncle Boonmee Who Can Recall His Past Lives," to reach a public that would find them utterly boring and baffling. But if you want a wish list of directors who really might engage a much bigger audience, let's start with Argentina's Pablo Trapero, whose new film "Carancho" opens in New York this week.

Trapero makes naturalistic films with plenty of sex, violence and dark humor; in "Carancho" you can see the influence of 1950s film noir, the ballsy renegades of 1970s American cinema (especially early Martin Scorsese) and a little touch of the Coen brothers. The first Trapero movie I ever saw was "Rolling Family," his wonderfully rich (and purportedly autobiographical) road comedy from 2004, with just as many laugh lines as "Little Miss Sunshine" and a lot more authentic emotion. After that he made "Lion's Den," a social melodrama starring his off-screen wife and producer, the fearless and gorgeous Martina Gusman, as a mother who rebuilds her life in prison after a drug-war shootout.

Like that film, "Carancho" seeks to expose an issue festering beneath Argentina's crime-plagued, class-divided society, in this case the quasi-lawless realm of motor vehicle accidents and their aftermath. Ricardo Darín (of last year's Oscar-winning "The Secret in Their Eyes"), an Argentine star who might be described as a less suave, more cynical Latin riposte to George Clooney, plays an ambulance-chasing lawyer named Sosa, who has lost his license but continues to work the late-night streets of Buenos Aires, signing up injured clients for a predatory firm that will pay them perhaps a quarter, or a fifth, of what the insurance companies pay. When he first meets Luján (Gusman), an overworked young doctor who takes ambulance shifts for extra money, she seems to be the ministering angel who can redeem his sleazoid existence.

These two wounded souls fall for each other, of course, but this is the kind of story where each has secrets they don't tell the other right at first. Sosa is in debt to some very bad people and winds up doing something that's both criminal and almost unforgivable, and let's just say that Luján's level of sleeplessness and chemical intake renders her less than desirable for performing emergency life-and-death surgery. Trapero keeps the tension mounting in gradual, forceful fashion, and cinematographer Julián Apezteguia alternates between color-saturated, Edward Hopper-style nightscapes and adventurous, Scorsese-style tracking shots.

You could pretty much translate "Carancho" into Hollywood terms right now, with Clooney or Leo DiCaprio as the corrupt shyster who still has 10 percent of an unmortgaged soul, and Julia Roberts or Anne Hathaway as the idealistic young sawbones with a drug habit. Of course you'd have to tone down the grime and violence, and no American studio movie could ever depict healthcare or the legal system as venal, corrupt and perched on the edge of total chaos, as Trapero does here. Then there's the question of whether Luján and Sosa can escape the grim visual and narrative logic of their situation, can evade responsibility for their own actions and outrun a machine determined to destroy them. Trapero's answer is both elegant and merciless; the Hollywood remake's will be neither.

"Carancho" is now playing at the Angelika Film Center in New York, with wider release to follow.