The music of CPAC 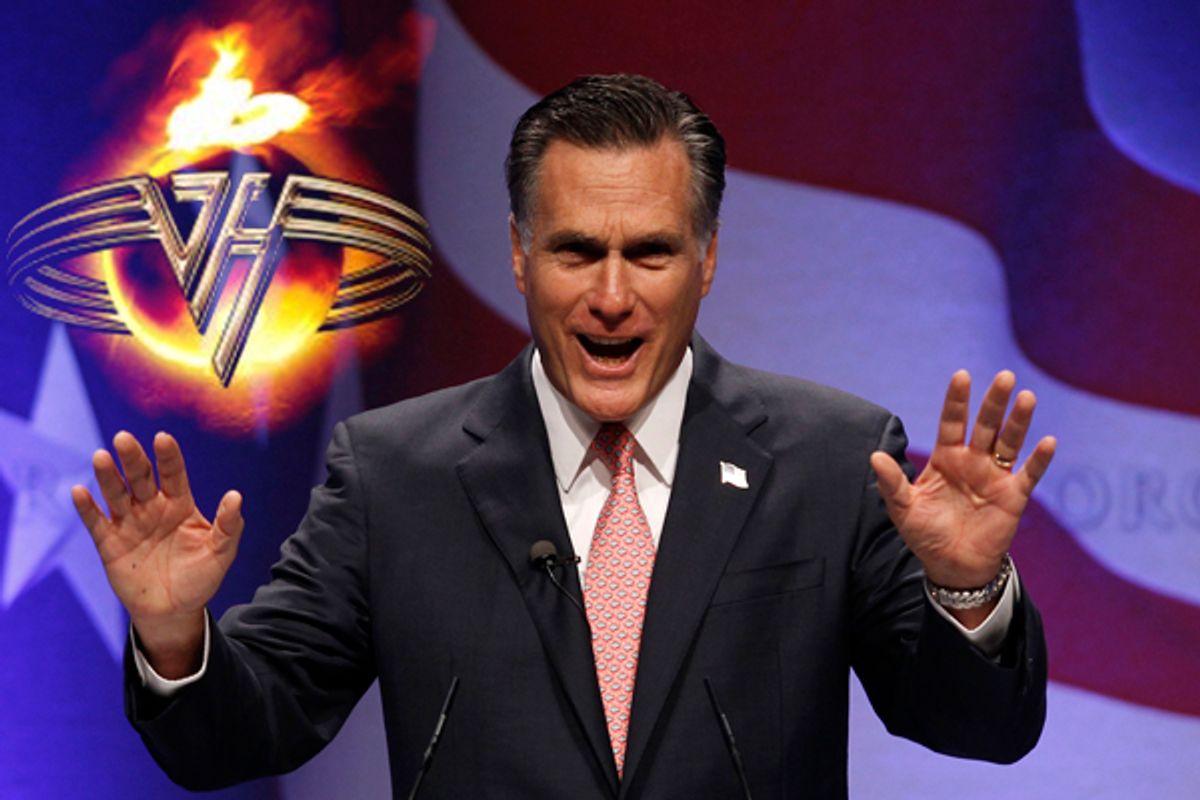 I've been watching CPAC since 10 a.m. and I have heard "Dreams" by Hagar-era Van Halen no less than a half-dozen times. Why? The only possible explanation is Reagan-era nostalgia. Not even Reagan can justify some of the other songs played to introduce or between speakers over the last two days.

Like "Life Is a Highway," by Tom Cochrane. Which has been played almost as many times as "Dreams." Or "Don't Stop Believin'," which played after Romney's speech while the Palin impersonator temporarily duped the crowd. Newt Gingrich came out to Survivor's "Eye of the Tiger," which he does all the time. The winner of the blogger-of-the-year award was feted with "You're the Best," from "The Karate Kid."

There has been some contemporary music! Tim Pawlenty just entered to "Born Free." (The Kid Rock version, not the John Barry version. Or the M.I.A. version.) The hippest choice by far has been "Keep the Car Running" by the Arcade Fire, which was briefly heard this afternoon. There has also been some modern country that I couldn't immediately place. (And "She's Not Just a Pretty Face" by Shania Twain, which is slightly less than a decade old and was used, if I remember correctly, as the semi-insulting exit music for a female speaker.)

But for the most part, CPAC is standing athwart the Billboard Hot 100, yelling Stop. The hottest ticket at CPAC this weekend was Andrew Breitbart's party headlined by Sophie B. Hawkins, of "Damn I Wish I Was Your Lover" fame. (Who wants to [expletive] Sarah Palin, apparently.)

While I was drafting this post they played "Dreams" like three more times. I think Sammy Hagar's a Republican, but this is getting to be a bit much, CPAC. (And here comes "Don't Stop Believin'" again.)

Anyway, here are some suggestions for CPAC music they can play tomorrow, to change things up: