The pop star's new track is a premeditated attempt to create a gay rights anthem. What's so bad about that? 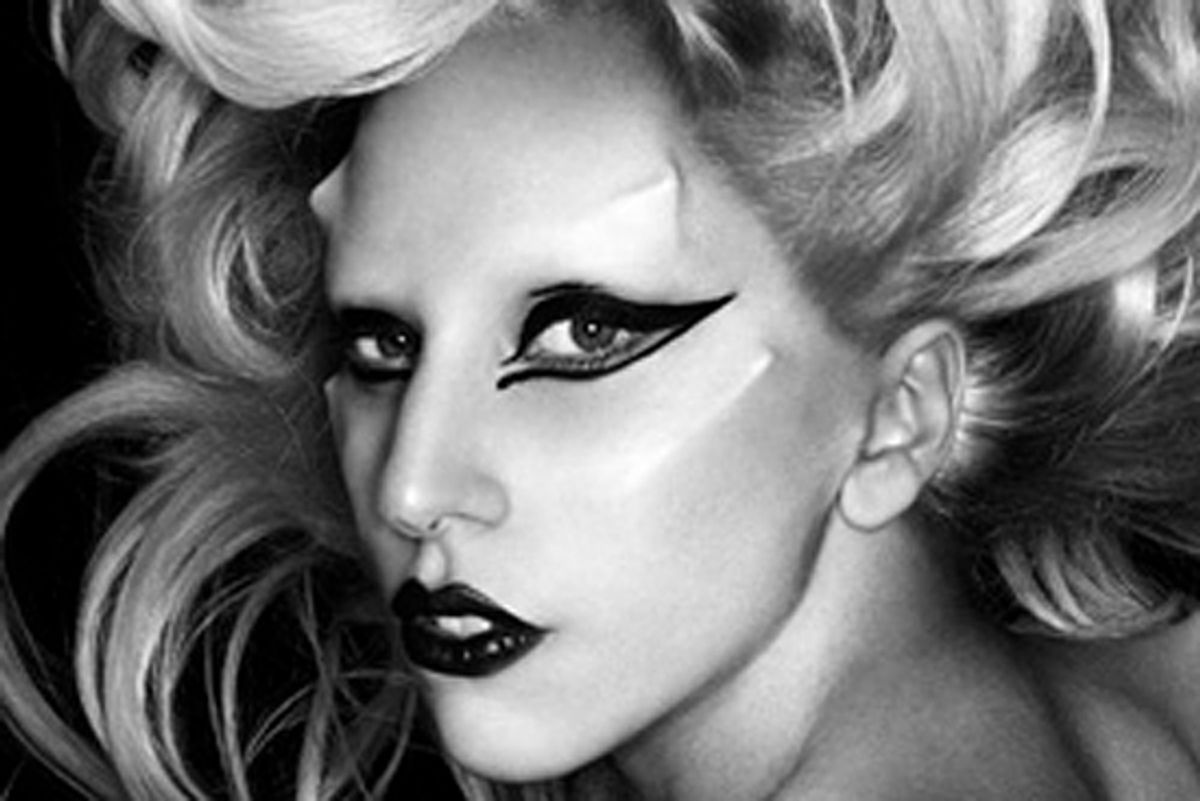 After months and months of Gaga deprivation, the much anticipated title track of her new album has dropped at last. And in case there was any doubt that you'll be shaking to it at Pride time, "Born This Way" thumps as fiercely as anything Stefani Joanne Angelina Germanotta has ever pumped out, in a rousing ode to "lovin' who you are."

Gaga -- whose track record as a tireless champion of gay and lesbian rights is stellar -- is no doubt utterly sincere in her message to "rejoice your truth," even if her song does sound so much like Madonna's "Express Yourself" that a mashup would be redundant. And though there's undoubtedly something calculated about a rich and famous recording artist creating an empowerment anthem, that barely diminishes its irresistible appeal.

The affirming power track has always been with us – nothing gets a room jumping like a little "Ain't No Stoppin' Us Now," and karaoke night would be meaningless without "I Will Survive." But it's really been a banner year for the anthem, with a broad range of artists expressing the "My Way" sentiment in their own ways. Katy Perry is still scoring a monster hit with "Firework," a song that encourages the misfits to "Make 'em go, oh, oh, oh as you shoot across the skyyyyyyy" and a video that includes a gay couple kissing, a shy overweight girl jumping in the pool at a party, a young man fending off an attack with magic tricks. Not sure what that last one means, but the idea of shining brightly endures.

It's echoed in Pink's exuberant "Raise Your Glass," a love letter to all the "underdogs" and "dirty little freaks" that was tailor made for every 2010 holiday party, as was its similarly gay and a chubby girl-themed music video. She's followed it up with the slowed down but still butt-kickinginly affirming "Fuckin' Perfect," a plea that "If you ever ever feel like you're nothing, you're fuckin' perfect."

And the defiant hits have just kept coming of late. Ke$ha, in Ke$ha fashion, has musically told the world that "We R Who We R" -- a state that includes dancing like we're "dumb dumb duh dumb" and "sleeping in cars" but also, sweetly, affirms that "You know we're superstars." Eminem, on the other hand, has snarled that he's "Not Afraid," a song of survivorship and recovery that promises "We'll walk this road together, through the storm." And when Jay-Z and Mr. Hudson got together for "Young Forever," it was to announce "Fear not when, fear not why, fear not much while we're alive."

Whether you're a bullied kid or exasperated adult outcast, a good "up yours, world, because I'm awesome" track is a thing of special beauty. I say this as a woman who can cry at "Pork and Beans." (You are so right, Weezer, I don't care.) Maybe because so many of us identify as the weirdos, it's enough to make you wonder why the damn popular kids get to run the world anyway. Which brings us back, as all things do, to Gaga.

While "Born This Way" is far from her strongest track, and its "Don't be a drag, just be a queen" sounds lifted wholesale from "Vogue's" "Greta Garbo and Monroe, Dietrich and DiMaggio," its inescapability is inevitable. If you've ever cranked up the stereo in the car, ever danced on your bed in your underwear or scrambled out onto the floor of the club, you know why. The world always needs its "I Will Survives" and "Don't Stop Believin's." And in the wake of tragic number of recent bullying incidents and suicides that have especially affected gay and lesbian youth, one look at the music charts shows that it needs them more than ever. "Born This Way" will likely keep Gaga in diamond-studded lobster shoes for a long time, but that doesn’t diminish the potent power of its emancipatory message. Music may change, but one truth is timeless – that when it feels like the world is against you, sometimes the most liberating thing you can do is just dance.