Think the music awards are all bland schlock? We've got 10 tracks to change your mind 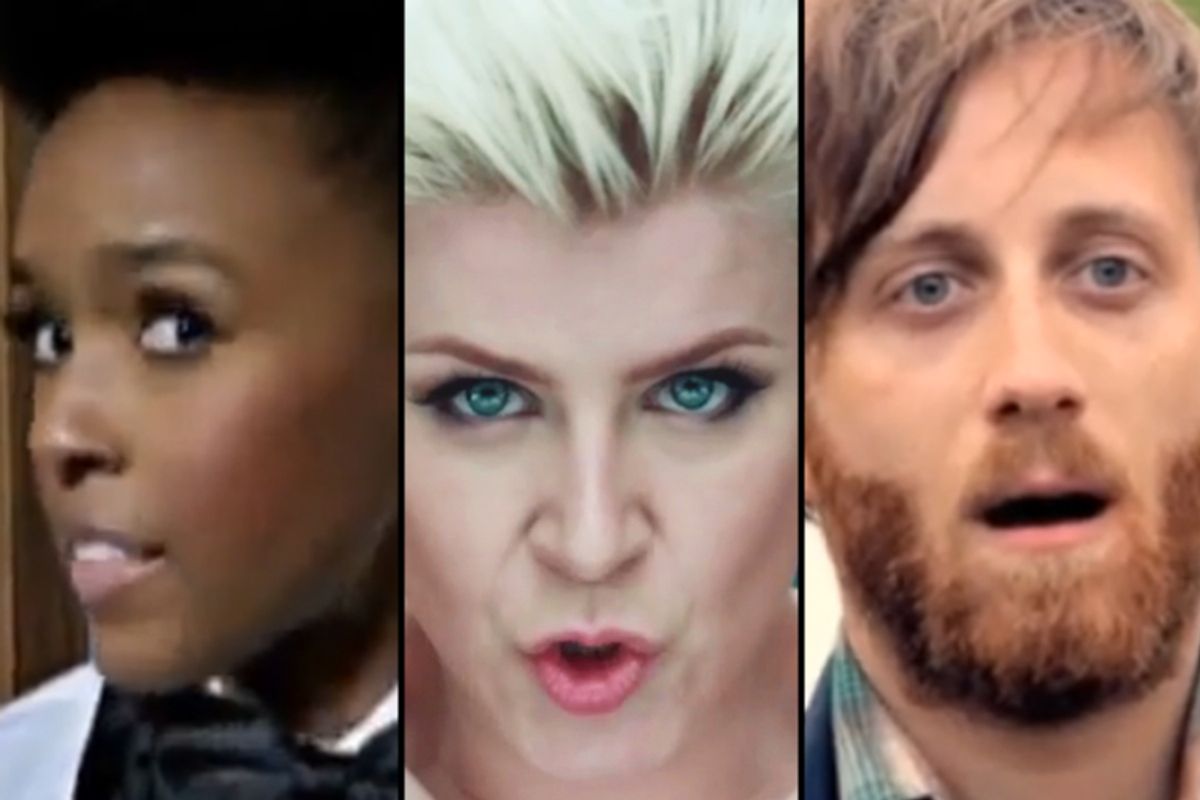 The Grammys generally have a way of bringing out the indignant, stage-storming Kanye inside of all us. Unless you're a big Phil Collins, Celine Dion or Kings of Leon fan, odds are good the awards don't exactly jibe with the reality of your own picks for the best music in any given year. This, after all, is the institution that has honored Milli Vanilli, "Don't Worry, Be Happy" and "Smooth." But once in a while, something that qualifies as listenable slips in among the nominees. And though you won't find anything super-revelatory among this year's crop (not really possible in a world where Iron Maiden and John Mayer are up for accolades), if you'd assumed anything up for a Grammy would automatically make you want to shove a kebab skewer in your ear, open your mind and give these 10 a listen.

The Black Keys: "Tighten Up"

Nominated for: Best Rock Performance by a Duo or Group With Vocals, Best Rock Song, Producer of the Year

Just because they did "SNL" and "Letterman" and they're nominated for all kinds of prizes doesn't mean you still can't love the Black Keys. Go ahead and give in. From the stark whistle of its opening to its final, wrung-out fuzz, "Tighten Up" is Dan Auerbach and Patrick Carney doing what they do best -- delivering funky, bluesy melodies fused to cut-to-the-chase growls of lust like "Sick for days, so many ways, I'm aching now." The most urgently sexy song of the year.

An intimate, ambitiously crowd-sourced video makes a fitting backdrop for the late Man in Black's hauntingly gorgeous rasp. Frame by unique frame, artistic interpretations of Cash -- created by over 250,000 project participants around the world -- meld into a seamless mini-movie on a man facing mortality. It's a mesmerizing tribute to a legendary American artist, and proof of the truth of the song's defiant message that death is far from the end of a great individual's story.

Leave it to two masters of mixing pop, soul, rap and visually arresting style to create an aural smorgasbord of delight. In a year that brought us Eminem and Rihanna's dysfunctional "Love the Way You Lie" and B.O.B. and Hayley Williams' mournful "Airplanes," was there another duet so luxuriously exuberant? If you put Herb Alpert in a blender with the Supremes and the Beastie Boys, you could not come up with a tastier cocktail of irresistible rhymes, beats and "the funkiest horn section in Metropolis."

The debut single off the cartoon supergroup's "Plastic Beach" thumps like the soundtrack to a dusty road movie, and that's exactly what the video delivers. As Bruce Willis chases the virtual band across the desert, Bobby Womack explodes through the chorus, and that cool, insistent refrain of "Overload, overload, overload" just doesn't stop. Until, inevitably, it does. Stunning.

Robyn: "Dancing on My Own"

If you still think of Robyn as the '90s-era Kewpie of "Do You Know (What It Takes)" and "Show Me Love," wake up and smell the comeback. In 2010, the Swedish diva scored with the scorching "Body Talk Pt. 1" and had one of the biggest -- and best -- hits of her career with her Grammy-nominated electro anthem to heartbreak. In the space of four wrenchingly booty-shaking minutes, Robyn captures the anguish of love lost, and the therapeutic power of feeling "messed up" over it at the club. Depression hasn't been this catchy since Joy Division.

Nominated for: Best Rock Performance by a Duo or Group With Vocals

Like the Black Keys, Arcade Fire went from indie darlings to bona fide rock stars this year, but all the notoriety and accolades that greeted "The Suburbs" didn't dampen its astonishing power. And "Ready to Start," a huge, sprawling, pull-out-all-the-stops journey from pain and embitterment to a resolute, bird-flipping determination to begin again has enough power and rage to give any jilted tween or laid-off office worker the motivation to crawl out of bed and face the cruel world one more day. The furious answer to every "Let's be friends" you've ever heard.

Flight of the Conchords: "I Told You I Was Freaky"

Oh, HBO, why did you take away the "fourth-most-popular folk duo" ever to come out of New Zealand? No matter -- Bret and Jemaine rock on in our hearts forever. And though it feels like infinity since the pair released their nominated album (because Grammys be damned, it has been), their goofy yet somehow still oddly seductive allure never goes away. Bret's elaborate litany of bedroom antics includes goats, honey and potato chips – top that, R. Kelly! Has Prince ever vowed, "I'm gonna take the month of August off, just to get you off?" Well, he did warn us he was freak-ay.

Forget for a minute it's God music. If you didn't know better, you could easily imagine Gungor's lushly intoxicating brand of cello pop going over huge with the Sigur Rós and Broken Bells crowd. Husband and wife Michael and Lisa Gungor's hypnotic vocals are miles away from the happy clappy image of church singing, and the simple refrain of hushed awe never hits you on the head to make its point. It may not sound like gospel, but it's definitely divine.

Miranda Lambert: "The House That Built Me"

How can a woman so young manage to convey such eviscerating nostalgic longing? With her wise-beyond-its-years whiskey voice, Lambert weaves a tale of dropping in on the new owner of her childhood house to peep around, and of the sad realization that seeing where you grew up rarely helps explain how you turn out. But when she croons about the place where she did her homework and learned to play guitar, and how "My favorite dog is buried in the yard," you can't help understanding the profound pull of home.

Yes, Kanye probably already has a mansion just to hold all his Grammys, and yes, he'll be the first person to agree that he deserves even more. But few artists combine self-love and self-loathing with the thrilling panache of West, and few songs this year delivered the raw intensity of his declaration of "Power." Backed with a brutally relentless chorus of "Ahhh, ayyyyy," Kanye waxed forth on fighting for custody of his inner child, drinking and driving, and eventually, jumping out the window to a beautiful death. Beautiful indeed -- a manifesto to madness that's light-years away from "Don't Worry, Be Happy." Like all our other picks, it's so scary great, it almost doesn't deserve to be at the Grammys.