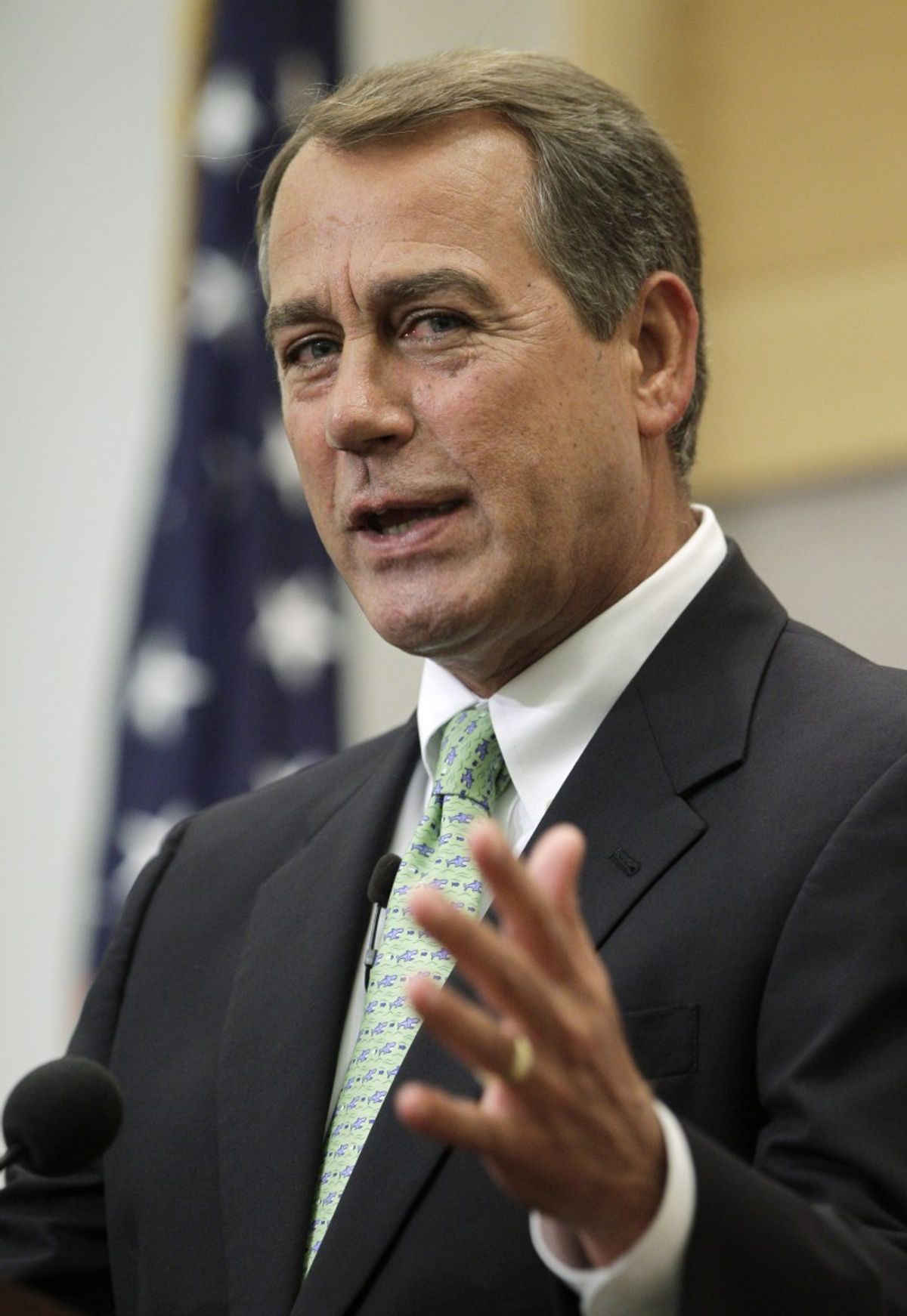 House Republicans on Friday proposed cutting hundreds of programs across the face of government in a $61 billion package of spending cuts toughened at the last minute at the demand of tea party-backed lawmakers.

Few domestic programs were left untouched -- and some were eliminated -- in the measure, which is expected to reach the floor for a vote next week.

In contrast, spending on defense and veterans' programs were protected.

The measure marks an initial down payment by newly empowered Republicans on their promise to rein in federal deficits and reduce the size of government.

Democrats harshly criticized the bill within moments of its formal unveiling, signaling the onset of weeks of partisan struggle over spending priorities.

But first-term Republican conservatives claimed victory after forcing their own leadership to expand a package of spending cuts headed for debate on the House floor next week.

That was the amount contained in the Republican "Pledge to America" in last fall's campaign, and when party leaders initially suggested a smaller package of cuts this week, many of the 87-member freshman class who have links to the tea party rebelled.

In fact, even some Republicans acknowledged privately the legislation will cut about $61 billion from current spending on domestic spending.

No details were immediately available. The earlier draft legislation had called for termination of at least 60 federal programs and cuts in hundreds more.

"If we're trying to improve the economy and get people back to work, this will be counterproductive," said Rep. Norman Dicks of Washington, the senior Democrat on the Appropriations Committee.

While the 48-hour revolt by tea party-backed conservatives roiled the party this week, its conclusion could mean an easier path to passage for the spending cut bill when it reaches the House floor.

"The leadership responded to the concerns of those who are far to the right of the middle," said Scott.

The cuts will become part of a spending bill that is needed to keep the government in operation through the Sept. 30 end of the fiscal year. The current funding authority expires on March 4.

Passage in the Republican-controlled House would send the bill to the Senate, where Democrats control a majority and are certain to support more generous funding levels.

Barring a compromise before March 4, the two houses will be under pressure to agree on a short-term bill to keep the federal government operating without interruptions.

Even that could prove difficult to achieve, though, and Democrats assert that Republicans will resort to a government shutdown in order to get their way.

"It is time for the House Republicans to stop with the games and finally rule out a government shutdown once and for all. Stop being coy about it and take it off the table," said Sen. Chuck Schumer, D-N.Y.

Congressional Republicans were damaged politically in 1995, when a protracted dispute over funding with President Bill Clinton led to a government shutdown.