"The Truth About Grief: What's wrong with a nation of mourners?

Our once-stoic culture has embraced public grief. An expert explains why it might be getting in the way of recovery 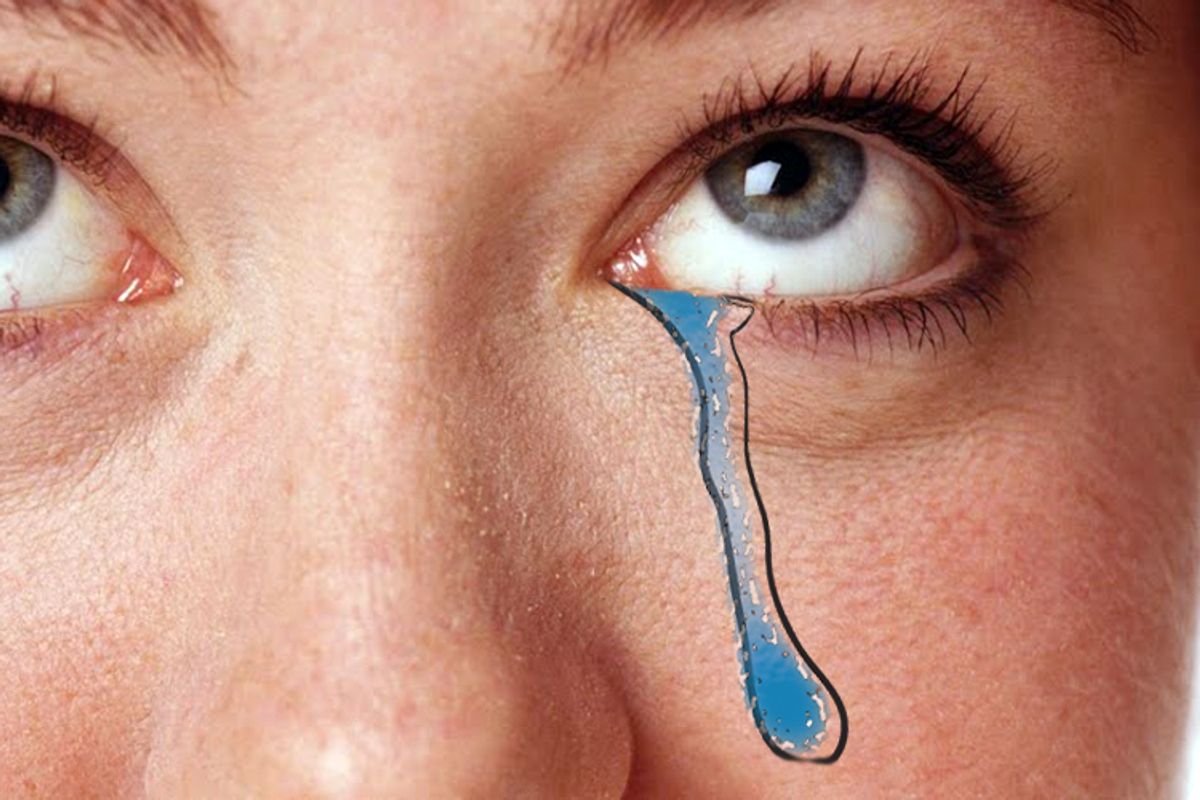 "It's my job to get them to acceptance," says Steve Carell's character Michael Scott on "The Office," before launching into a session of unsolicited grief counseling. "And if not acceptance, then just depression. If I can get them depressed, then I'll have done my job."

There were days when Michael Scott's advocacy could have been seen as subversive. It certainly was for Sally Field's character in the 1989 film "Steel Magnolias." "Maybe I should have an emotional outburst more often," she says toward the end of the film, defending a torrent that erupts after two hours of soft-spoken timidity. In many ways, the movement from Sally Field to Michael Scott demonstrates a significant shift in American consciousness. When it comes to grief and loss, America is no longer a nation of stoics; we are a nation of feelers.

It's evidence of what a profound effect Elisabeth Kübler-Ross' five stages of grief -- denial, anger, bargaining, depression and acceptance -- have had on our culture, ever since Kübler-Ross first identified them in 1969. "You must get it out. Grief must be witnessed to be healed," Kübler-Ross wrote in the 2005 book "On Grief and Grieving." And boy, has our grief found witnesses, from guilty-pleasure reality television like "The Bachelor" and manic audition lines for "American Idol" to acclaimed memoirs like Joan Didion's "The Year of Magical Thinking."

But are all these public displays of emotion really helping? Modern research suggests that may not be the case, as Ruth Davis Konigsberg finds in her eminently readable and intelligent new book "The Truth About Grief." A journalist and former New York magazine editor, Konigsberg investigates how the Kübler-Ross's theories weaseled their way into the American psyche -- and how we might dig ourselves out again.

Salon sat down with Konigsberg last week to get, as she puts it, the truth about grief.

How did the Kübler-Ross model of grieving become so popular?

The stages of grief hold great appeal because they give us a sense of control over a difficult experience, a sort of a road map. But their popularity tells us more about ourselves and the way we like to order things than it does about grief. Stages are everywhere: "The 9 Steps to Financial Freedom," "The 7 Habits of Highly Effective People." It's all part of the same idea.

The idea -- I call it Stageism, and it was fueled by the self-help movement -- is that any problem can not only be tackled with a series of steps but provides an opportunity for personal growth. It's a way of simplifying life's challenges and implies a reward for suffering. If only things were so!

What are the defining characteristics of grief in American culture?

Aside from the stages, there is a lot of emphasis on the expression of negative emotions. But recent studies have shown that people who express those emotions, or do their "grief work," don't heal any faster. Studies even show that talking or writing about one's loss isn't necessarily helpful.

Would you say, then, that the idea of catharsis and the whole "you have to get it out" mentality is a myth?

Not exactly. It depends upon the problem or situation you're trying to ameliorate. Psychotherapy has been proven effective for treating clinical depression, not just sadness and anxiety, although that may be more because it helps someone identify and change destructive thought patterns. But "catharsis" certainly isn't always the answer. Some people might not be comfortable with a public airing of emotion; others might exhibit more "repressive coping" where they are able to modulate their negative emotions, which, contrary to the notion of catharsis, seems to have a protective function.

Yet there is still huge attention paid to public grieving.

In a way, we have become spectators and kind of consumers of other people's grief. With the Internet, all of these grief blogs, and grief memoirs. Kübler-Ross said, "Grief must be witnessed in order to heal. You have to get it out." And everyone's getting it out. There is something very poignant and very captivating about reading or hearing about somebody else's loss, but this trend also shows the level of public expression that grief has reached today.

Has it always been this way?

I chart the history of that a bit. After the Civil War and into the Victorian Age, the public expression of grief peaked. It went down after World War I for various political and historical reasons, and now I feel like we're at another sort of peak. It's very interesting, because what a lot of these grief memoirists say is, "Well, grief is taboo, and nobody wants to hear about your grief." I feel like back in the 1950s that was probably true. And that was a very good reason for the death and dying movement to crack that whole thing open and start a discussion about death and dying. That was a good reaction to a repressive and stoic culture. Now we have the opposite culture, which is expressive and not stoic, yet they continue to reiterate this idea that grief is taboo. It's obviously anything but taboo. That's like saying sex is taboo. It's like, really, are you kidding me?

What do most people misunderstand about grieving?

"If you don't get it all out, then it's going to fester." The idea of delayed grief has been debunked by research. People who did well after a short time did not decline later. There is no evidence of the delayed grief phenomenon. People who do well early on tend to do well later. The way it is portrayed is a uniform state, but temperament almost has more predictive value than anything else.

I want to give people a helpful message. There is no one thing you have to do. The truth is you probably already have what you need to get through loss.

Can you expand on this a little bit?

There are several different ways people might grieve, and researchers are now identifying patterns in responses, so that there is no one prescription one should follow -- the five stages being the most well-known, but there are others out there as well.

How does America compare to other cultures. What do we have to learn?

I chose to look at certain indigenous healing practices that you could find in places in China, and also in the Chinese-American communities here in the U.S., because they provide such a contrast to our own approach. We think that our approach is natural and instinctive and therefore the best way, when, in fact, it's based on our own notions of mental health, which the rest of the world might not share.

I talked to this one researcher, Paul Rosenblatt, who did a survey across all cultures. He basically said that there are no universal emotions to grief, not even crying. I don't know that we should necessarily adapt another culture's approach. Hopefully, our approach will evolve. Knowing that there are other approaches, and that this is all culturally relative, may free us from thinking that there is only one way.