Today the Internet has a bunch of videos of people kissing and boy bands, so tomorrow it can go back to being awful 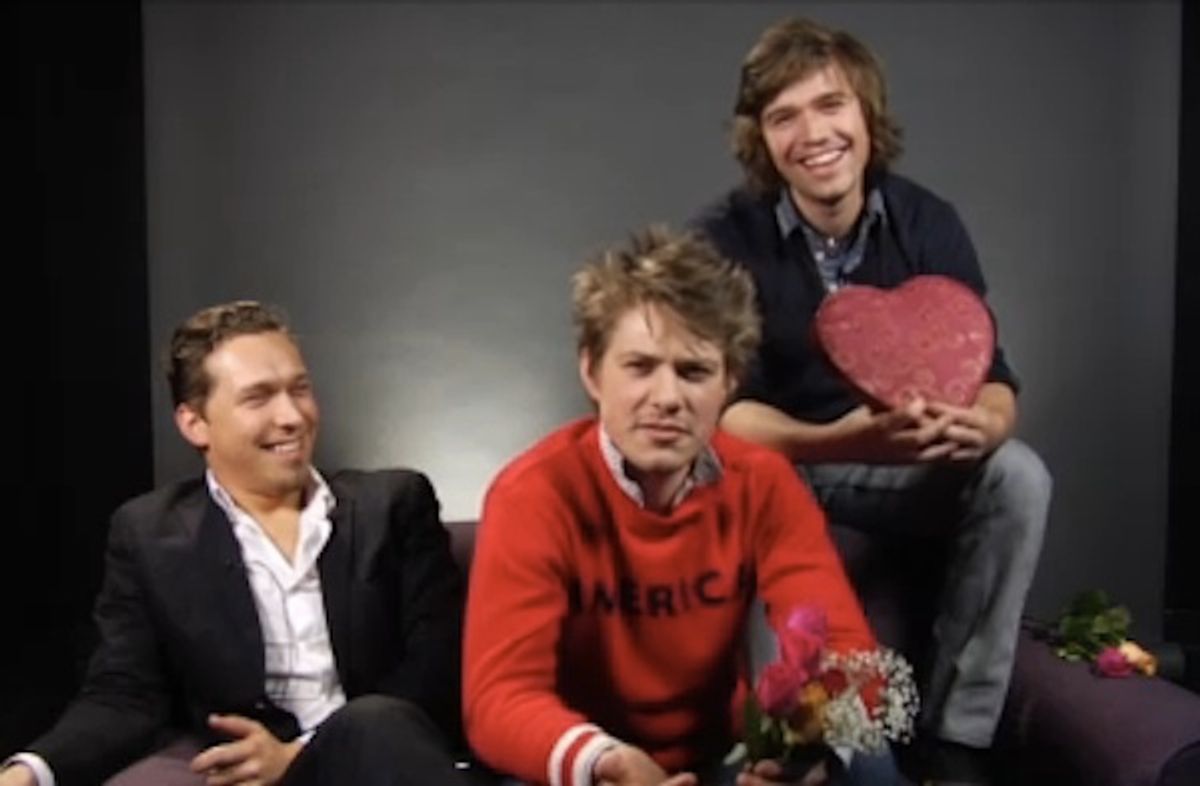 Hanson wishes you a Happy Valentine's Day on the Internet!
--

The Internet can be a terrifying, lonely place, filled with misanthropic trolls and 4chan commenters. Luckily, Valentine's Day has given us enough reason to stop making YouTube videos where we light our farts on fire long enough to produce some actually heartwarming content. Awww!

Joe Jonas Ruins Your Valentine (Via Funny Or Die)

Hanson (HANSON!!!) has some Mmmbop advice for good Valentine's Day dates. How about seeing Hanson? (Via MTV)

Meanwhile, "Prank'd" host Streeter Seidell wants you to know there are worse things than being alone on Valentine's Day. (Via College Humor)

And because you can't have too many nice things without something going terribly wrong, TV Squad's mashup of the best television smooches inspired the guys over at FilmDrunk to make their own version: the grossest kisses in film history.

Cinema's most disgusting kisses. (Via FilmDrunk)

And last but not least, an old favorite about the worst way to break up with someone on V-Day. (Via Rejected Jokes)