Lady Gaga enters the Grammys in an egg

That's pretty much it. Here's the unedited red carpet footage of the pop star in a bubble 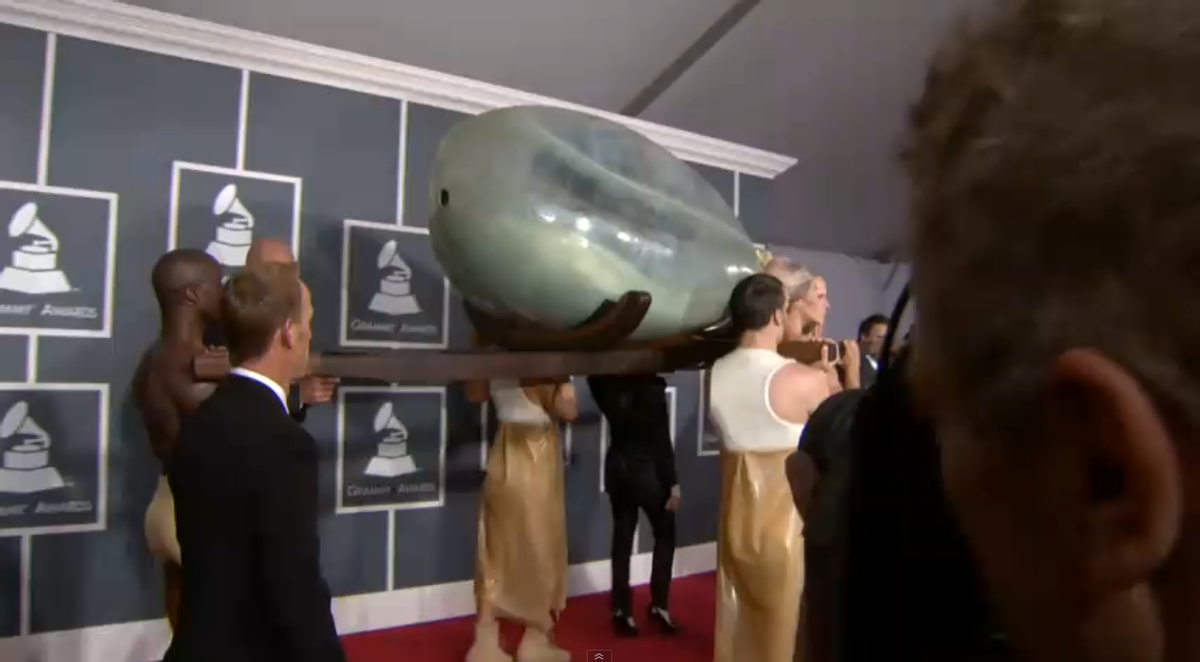 The red carpet as runway is not at all a new simile. The red carpet walk as a performance art is a little bit more original. Justin Bieber's white sneakers and tuxedo, Snooki's ubiquity, Kanye's potential for show-stealing -- it all faded away for a handful of seconds when a loincloth-clad group of men carried an iridescent bubble down the red carpet. Not even the Grammy's own red carpet crew could figure out what to say.

"It makes it very hard to get a red carpet interview when the person is in an egg!" one reporter complained. "That's hilarious," he then mentioned under his breath. "Think they're gonna come through on the carpet again?"

"Please don't use that audio," said the other reporter.