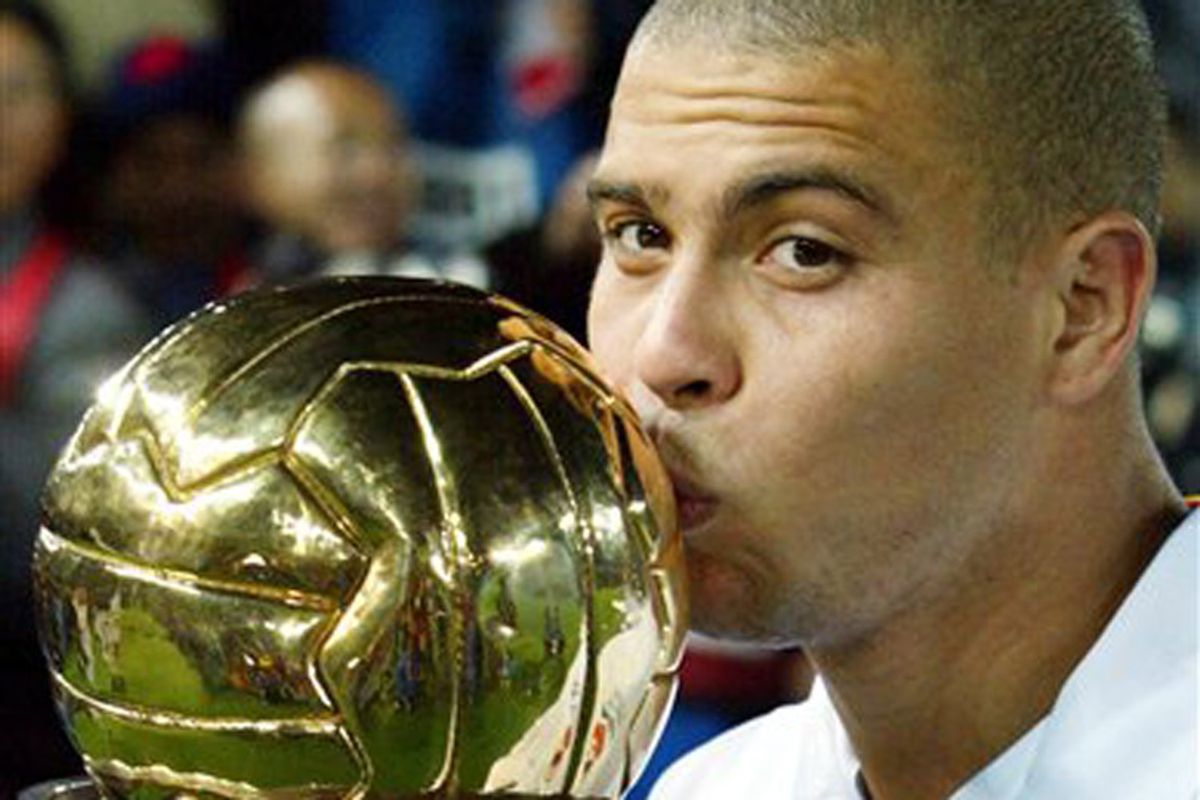 FILE - In this Dec. 3, 2002, file photo, European champion Real Madrid ace striker Ronaldo plants a jubilant kiss on the Intercontinental Cup trophy after winning the Toyota Cup against its South American counterpart Olimpia in Yokohama, southwest of Tokyo, Japan. Ronaldo said on Monday, Feb. 14, 2011, he is retiring from soccer because he can't stay fit anymore, ending a stellar 18-year career in which he thrived with Brazil and some of Europe's top clubs. (AP Photo/Itsuo Inouye, file) (Itsuo Inouye)
--

Ronaldo’s career was as exciting and scandalous on the field as it was off of it. As a player, he won two World Cup titles with Brazil -- he scored 15 World Cup goals, a record, including both in the 2002 final against Germany. Ronaldo was also named the European Player of the Year twice -- his first came at age 21. He even earned the FIFA World Player of the Year Award three times -- an all-time record shared with Zinedine Zidane, maybe his biggest rival to the title of best player of his generation.

And there was controversy. In the 1998 World Cup final against host France, Ronaldo looked slow and disoriented and played poorly as Brazil lost. It later came out that Ronaldo had suffered a seizure the night before and should never have been on the field.

He finally did quit today, citing his weight and a disorder called hyperthyroidism that makes it difficult to manage his weight. It served as a perfect end to what was an unbelievable career. It was priceless and hysterical and sad and appropriate all at once, because at one time, there was Ronaldo and then there was everybody else.

Michael Cummings left the U.S. Army in 2011 after deployments to Afghanistan and Iraq. His work has been featured by the New York Times, the Washington Post and Foreign Policy.com. With his brother Eric, he runs On Violence, a blog on military and foreign affairs.