CBS's Serene Branson is the newest viral hit for "flubbing" on air. The problem? Potentially an on-air stroke 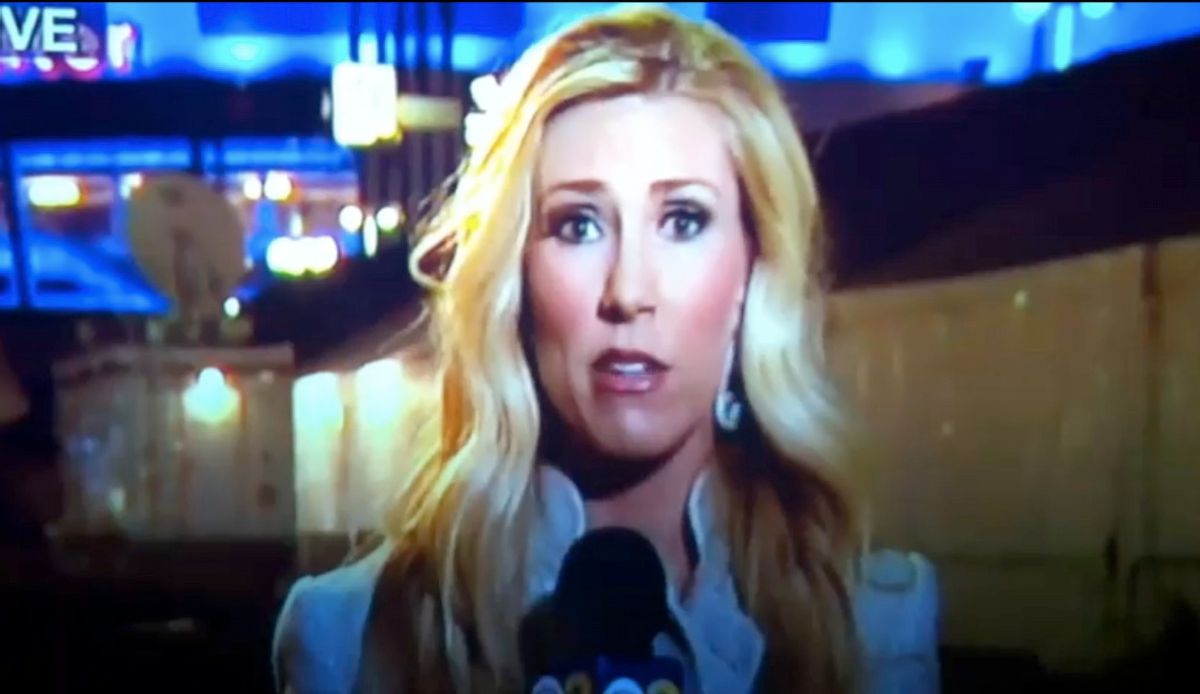 During a Grammy recap last night, CBS reporter Serene Branson began slurring her words on-air. Then she seemed to lose her train of thought entirely, and the camera quickly cut away. The initial reaction from the internet: Branson was drunk.

It was a perfect storm for Tweeters and a number of websites that disseminated the video -- salivating, no doubt, over the traffic spikes such clips bring. One blog kept track of the publications that poked fun at the reporter. Fox News in particular seemed to revel in Branson's "flub."

But the real story of what happened is no laughing matter. It turns out that Branson was rushed to the hospital shortly after the gaffe, and it's suspected she suffered a stroke. (Warning: the video could be disturbing to some viewers.)

UPDATE: CBS News is now saying that, despite reports to the contrary, Branson was not hospitalized. After the cameras cut out, paramedics examined the reporter and found that all her vital signs were normal.

The article included an interview with one doctor not involved in Branson's treatment who said that the episode could have been something called a transient ischemic attack, or a "mini-stroke."

"I am a little surprised," Dr. John Krakauer, associate professor of neurology and neuroscience at Johns Hopkins School of Medicine in Baltimore, told CBS News. "Frankly, I would have admitted her."