It's come to this: The people who will choose Obama's opponent think the president is a secret foreigner 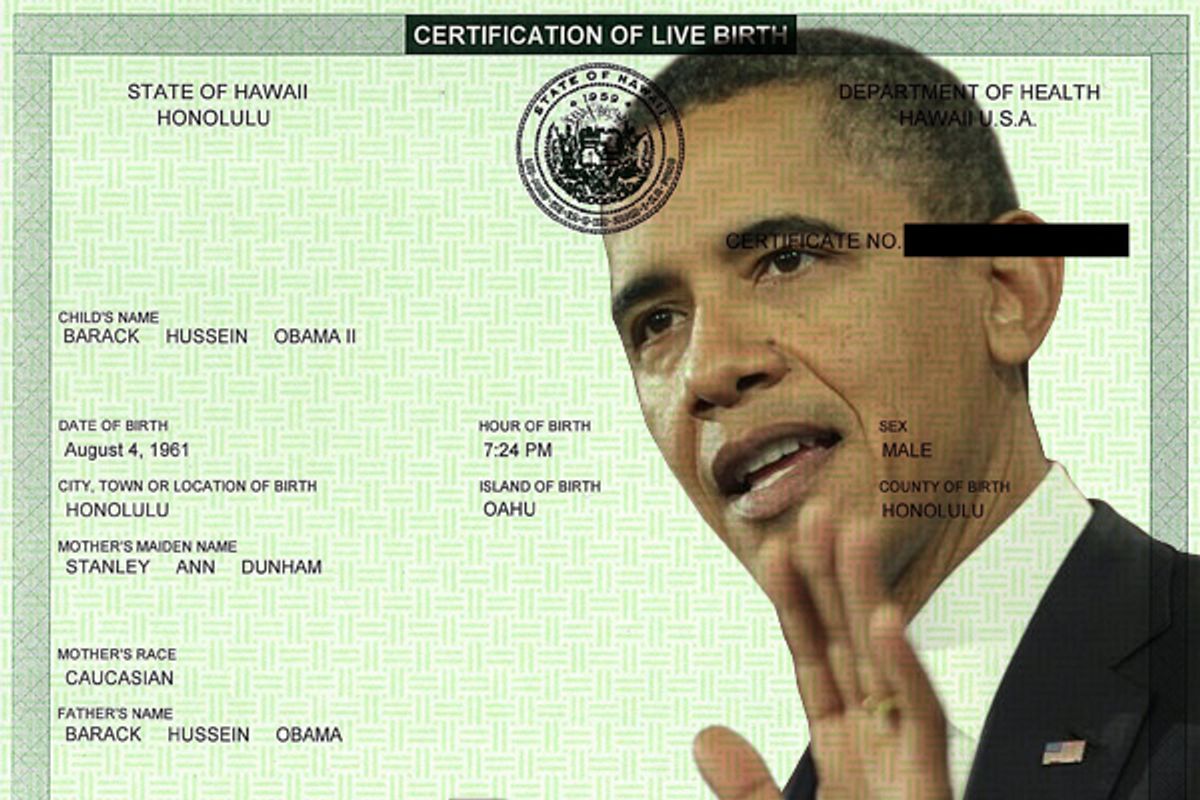 Fifty-one percent of people who say they're likely to participate in a Republican primary next year are birthers, according to a new poll from Public Policy Polling. Twenty-eight percent firmly believe that Barack Obama was born in the United States and 21 percent are unsure. "If anything," PPP writes, "birtherism is on the rise." Of course it is! Who's combating it?

Birthers have an 83 percent favorable opinion of Sarah Palin, by the way.

I think these are largely casual birthers -- not the ones who examine the "evidence" such as it is and concoct bizarre conspiracy theories, but people who believe it because they heard it somewhere, and they don't like the president. Dave Weigel says "birtherism has become another screen for extreme partisanship," with birthers giving higher favorability marks to Palin, Huckabee and Gingrich than the non-conspiratorial respondents.

The fact that birthers are now the most dedicated Republicans helps explain why Republicans like Speaker John Boehner decline to debunk birtherism when offered the opportunity. Republicans are generally less willing than Democrats to disown their base, which inspires greater party loyalty and also leads to a huge segment of the electorate believing elaborate fictions about nearly everything related to politics and policy.

And now the majority of the people who will decide which person will be the next presidential candidate for one of the United States' two major political parties are convinced of a bizarre and untrue conspiracy theory about the current president. Democracy is flourishing!

One other interesting finding: Romney is still in a surprisingly strong position, with a slim majority of respondents declaring him "qualified" for the presidency. That isn't much, but it's better than everyone else.