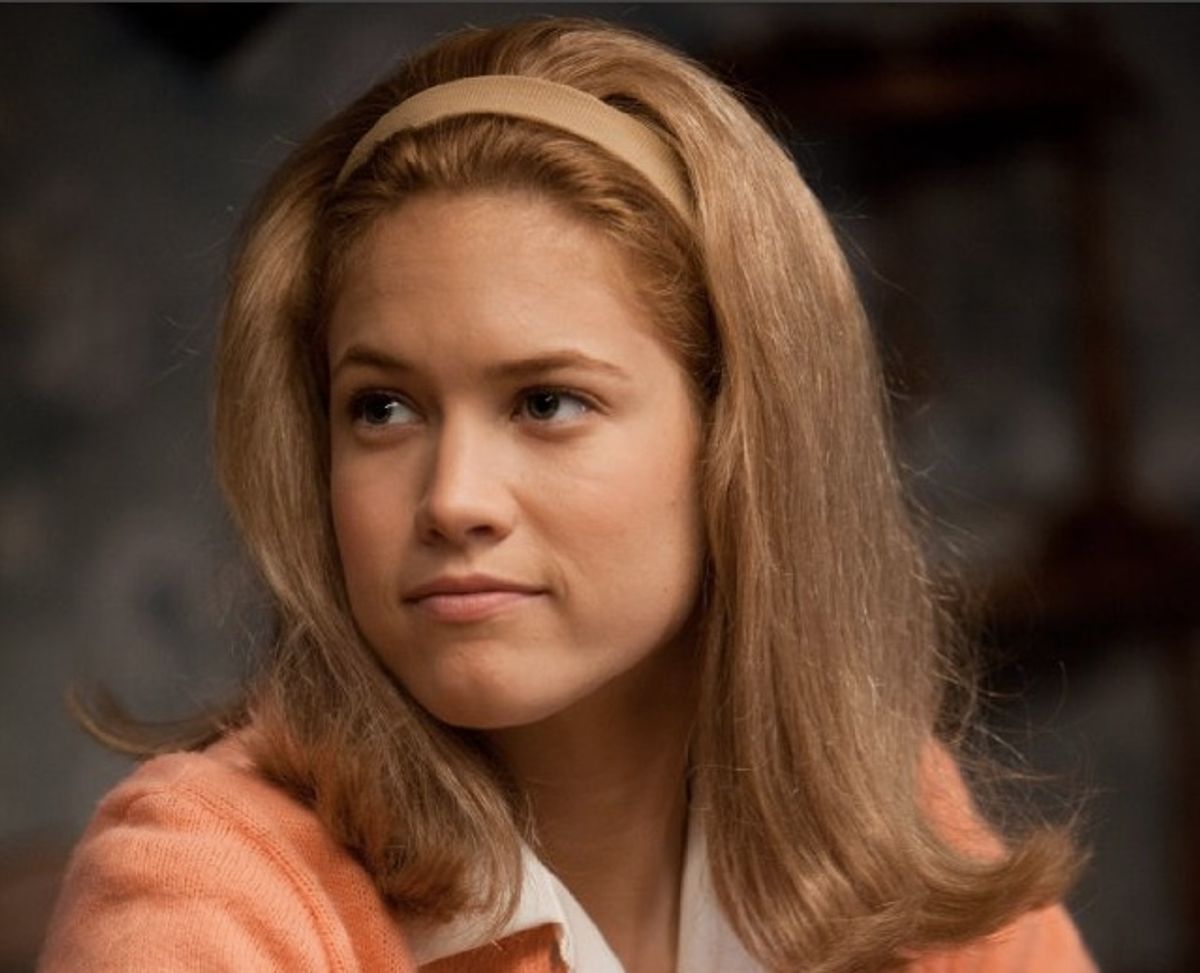 As rumors of Steve Carell's replacement in "The Office" continue to swirl (Will Arnett? Will Ferrell? Danny McBride?), actress/model Cody Horn has been announced today as the first official new cast member of the eighth season.

We’re very excited to have found Cody. We’ve been searching for a love interest for Creed for a long time. So just sit back and get ready to be disgusted.

We're hoping that's a joke. Or possibly not, as even Creed needs love (and at this point is one of the more tolerable characters on the sitcom). Who is Cody Horn, you ask? Well, she was on "Rescue Me" (though it's not listed in her IMDB credits) as Sean's girlfriend, and is probably best known for her Ralph Lauren modeling career. Lets hope she's funny, too.

But that still leaves two characters (besides the boss role that Michael Scott will be vacating) to fill: Stanley's other daughter will be making an appearance next season  -- apparently this is to distinguish the character from Stanley's daughter Sasha, who made a cameo in the "Take Your Daughter to Work Day" episode -- as well as another male accountant.

We thought long and hard about our dream cast for "The Office," much the way a normal person might spend time on their fantasy football roster. It's hard to imagine the show without Michael, a shift that is bound to change the entire cast dynamic. We hope that someone like comedian Patton Oswalt goes for the accountant position at Dunder-Mifflin, since the "Big Fan" star is great at playing both the sarcastic underdog and delusional optimist with equal aplomb.

We'd love it if Stanley's other daughter came on the scene as a possible love interest (or stalker) for Ryan the temp. She'd have to be able to match wits with Mindy Kaling's Kelly though, so we'd love to see Katerina Graham from "The Vampire Diaries" jump networks to bring it on. She's funny as hell, and after a supporting role in the recent "Single White Female" rip-off "The Roommate," the actress could be looking at Scranton as a nice change of scene from supernatural baddies and Leighton Meester with a butcher knife.

What about you? Who would you guys like to see transfer to Dunder-Mifflin's Scranton branch?