TV's most meta show may be too smart to understand. Or maybe that's what creator Dan Harmon just wants you to think 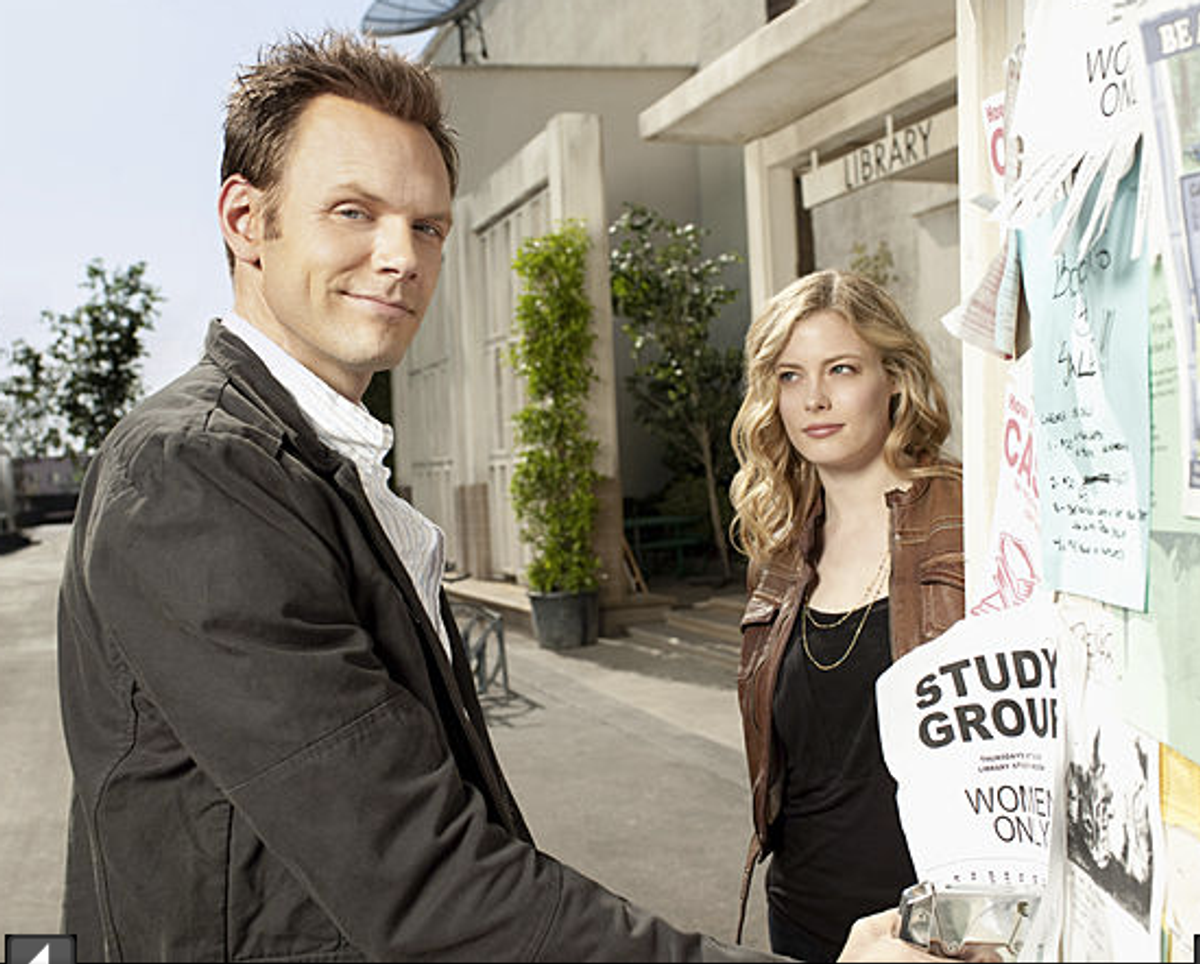 In its second season, NBC's "Community" currently has the second lowest ratings of the network's Thursday night comedy lineup. (Though it finally beat out "Outsourced" by a couple hundred viewers.) Which is a real shame, because "Community" is one of funniest shows on TV right now, combining "meta-comedy" with pop culture references. This happens to fall into the sweet, sweet middle spot of the demographic Venn diagram that contains (respectively) "film geeks," "comedy nerds" and "people who have started to forgive Chevy Chase for the '90s."

The show doesn't just tackle dream subjects for nerds -- robots versus zombies, Jesus Christ versus Charlie Kaufman, "The Soup's" Joel McHale vs. "Mad Men's" Alison Brie -- but it's also been able to grow where no other prime-time show has grown before: the Internet.

You see, several years after Ben Silverman had his one good idea to bring "The Office" to America, NBC tried to bring the show online by adding supplemental "webisodes." These featured secondary characters running around in a way that a) wouldn't interfere with the plot of the actual show and b) provide a little extra something for the super fans (those young people who spend all their time on the Web anyway and probably don't own a TV). The project kind of bombed when the writers of these webisodes (who coincidentally also wrote "The Office") went on strike in 2007 with the Writers Guild, complaining of unfair treatment (like being contractually obligated to write all this extra online stuff for free). Eventually, a compromise was reached and the webisode tradition continued post-strike. Ben Silverman did not.

But maybe Silverman was a visionary after all. Because when "Community" began posting its online webisodes last season in the form of Abed's A.V. class productions, a symbiosis between digital and televised content was finally struck. You didn't need to fall into the rabbit's hole of "Community's" extracurricular online division  in order to understand what was going on in the show, but it did provide amazing Easter eggs for the growing die-hard disciples. (Same kids, by the way, who are screwing up the ratings for everyone by watching all their TV on Hulu and rendering Nielsen's ratings system inaccurate.)

So would it be that surprising if the next stage of "Community's" digital takeover involved creator Dan Harmon's cryptic Twitter feed? Yesterday, comedy site Splitsider picked up one of Dan's tweets, which included a screen shot of what could possibly be this week's cold open script, with the caption, "This shoots tomorrow. You heard me, Jay Chandreshakar. SHOOT IT." Splitsider's Adam Frucci was dubious, calling the outlandish scene "definitely serious and not a joke tweet," which in bloggy language translates into, "This is probably a joke but we will cover our bases by sarcastically playing along." We're a little less sure. Stranger things have happened on the show, after all.

A little later in the evening, Dan posted an actual picture of Jay  -- a former member of the comedy troupe Broken Lizard (the guys behind "Super Troopers") -- hobbling around the set on crutches. It's all starting to come together. (No, it's not, I'm still very confused.) To help clarify matters, Dan posted one final pic yesterday: a chart tracking the apparent psychotic breakdown of "Community" producer Garrett Donovan. Where is this all going? I honestly have no idea. But if anyone was crazy enough to pull off a "Twilight"-and-fart-themed episode of a TV show that's already precariously teetering in last place for ratings, it would be Dan Harmon's crew. And you know what? It's so weird, it just might work.