Hey, liberals: Time to give the Beck bashing a rest

And lay off Bachmann and Palin while you're at it. Why shooting fish in a barrel is a bad political strategy 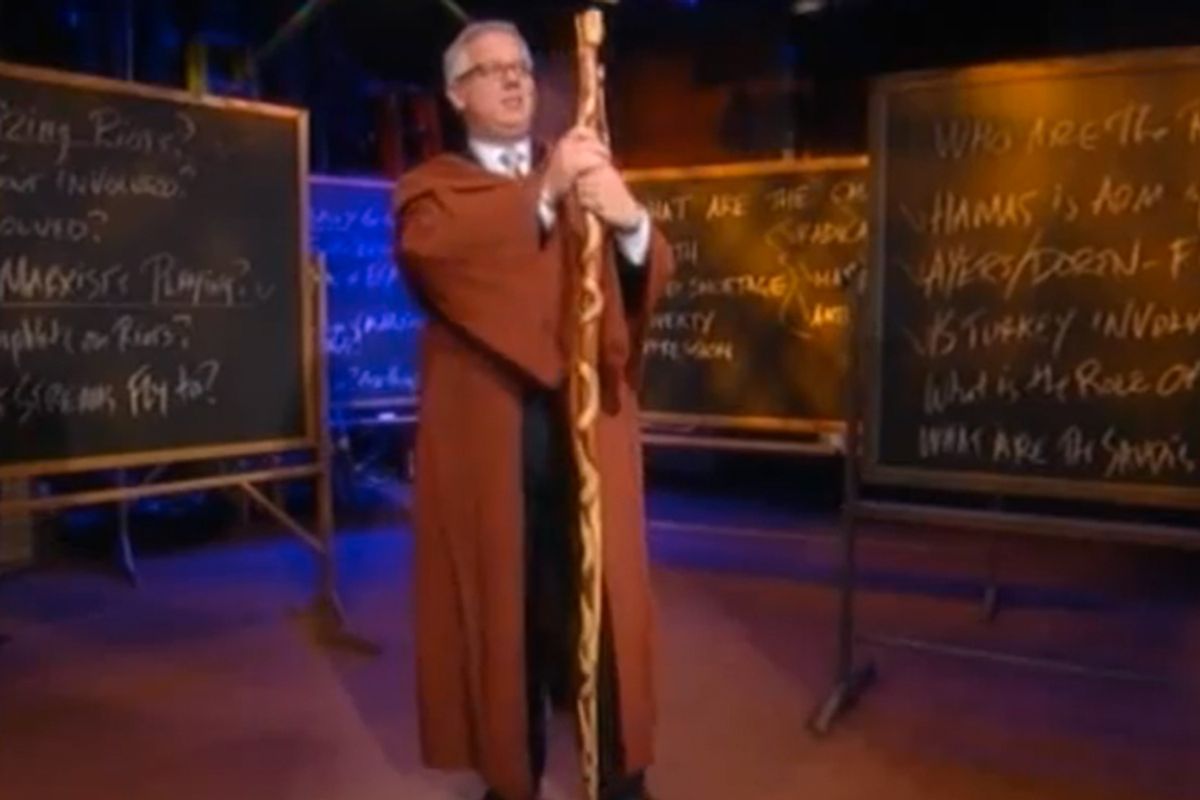 What dumb thing did Sarah Palin, Michele Bachmann or Glenn Beck just say? You don’t need to watch Fox News to find out. The progressive media will tell you. The economy is still in a coma, revolution is rocking the Middle East -- but you can be sure that Rachel Maddow and Chris Matthews will take time to snicker at something silly that Palin or Bachmann or Beck said in the last 48 hours.

Is the constant mockery of these bloviating right-wing demagogues really the best use of precious center-left media time? I think it’s likely to backfire on liberals, for several reasons:

It makes other far-right Republican conservatives look moderate. Mockery of Palin, Bachmann and Beck may backfire on the left by making conservative and libertarian politicians with equally nutty ideas but more statesmanlike gravitas appear to be more moderate than they really are. Rep. Paul Ryan, the Republican chairman of the House Budget Committee, has ideas about the budget and social policy, like voucherizing Medicare, that are just as crazy as anything spouted by Glenn Beck. But he looks dignified in a suit and speaks the language of policy wonkery, so he gets respectful attention, while liberal pundits pummel right-wing media blowhards and less influential politicians like Rep. Bachmann who, unlike Ryan, do not have their fingers around the levers of government.

It makes liberals look like snobs. Since the '60s, conservatives have managed to recruit populist voters by claiming that the intellectual elites look down their noses at them. By theatrically sneering at less-educated politicians and media loudmouths, progressive pundits seem to prove that the left consists only of snobbish members of the college-educated professional class making fun of the errors of people who did not attend prestigious schools.

If you're going to be an intellectual snob, at least get your facts right. A few weeks ago Chris Matthews mocked Bachmann for suggesting that most of the Founders were against slavery and that the three-fifths clause in the Constitution was intended to insult black people by calling each one "three-fifths of a human being." As conservatives gleefully pointed out, before it was endorsed by Bachmann, the theory that the Constitution, despite its concessions to the practice, embodies disapproval of slavery was shared by Frederick Douglass and Abraham Lincoln. The same viewpoint was held by Alexander Stephens, the vice-president of the Confederacy, who declared in his "corner-stone" speech of March 21, 1861:

The prevailing ideas entertained by [Jefferson] and most of the leading statesmen at the time of the formation of the old constitution, were that the enslavement of the African was in violation of the laws of nature; that it was wrong in principle, socially, morally, and politically. It was an evil they knew not well how to deal with, but the general opinion of the men of that day was that, somehow or other in the order of Providence, the institution would be evanescent and pass away. This idea, though not incorporated in the constitution, was the prevailing idea at that time. The constitution, it is true, secured every essential guarantee to the institution while it should last, and hence no argument can be justly urged against the constitutional guarantees thus secured, because of the common sentiment of the day. Those ideas, however, were fundamentally wrong. They rested upon the assumption of the equality of races. This was an error. It was a sandy foundation, and the government built upon it fell when the "storm came and the wind blew."

Our new government is founded upon exactly the opposite idea; its foundations are laid, its corner- stone rests upon the great truth, that the negro is not equal to the white man; that slavery -- subordination to the superior race -- is his natural and normal condition. [Applause.]

As for the three-fifths clause, its inclusion in the Constitution was a defeat for the slave owners of the South, who would have preferred to maximize their region’s representation in Congress by counting each slave as a full "person" for purpose of congressional redistricting. The three-fifths clause provided states with more congressional delegates as a reward, if they ended slavery. Bachmann 1, Matthews 0.

It’s a reactive strategy that gives the initiative to the right. When progressive opinion leaders wait for conservatives to say something stupid and then pounce on it, they cede the choice of topics in national debate to their enemies. No doubt this drives ratings, attracting hyper-partisan Democrats whose greatest pleasure in life is the rather low one of picking apart the statements of Sarah Palin or Glenn Beck: "Nyah, nyah, Glenn Beck is wrong again!" But it’s no substitute for a liberalism that tells its own story, on its own timeline, and lets the right react.

It’s a waste of effort and attention. We are mired down in two wars in the Muslim world and suffering from the greatest global economic crisis since the Great Depression. The last time things were this bad, in the 1930s, American liberals and leftists were debating the nature of capitalism and government and world politics and putting forth their own, often contradictory plans. Liberal politicians and journalists devoted little, if any, time to dissecting the errors of right-wing crackpots of the period, like the radio priest Father Coughlin.

Of Ezra Pound, the American poet who became an apologist for Mussolini and Hitler by way of monetary theory (which has a way of driving people mad), Gertrude Stein observed: "He was a village explainer, excellent if you were a village, but if you were not, not." The populist right has cornered the market for village explainers in the American media in part because liberals have abandoned it. The relatively poor ratings of liberal media pundits reflect their decision to follow a strategy of narrowcasting aimed at the minority of Americans who have graduated from four-year colleges and the even smaller minority with graduate and professional degrees.

The education of most Americans ends with high school. That does not mean they are stupid or ignorant. Many have a life-long interest in world affairs and the American economy and American history. It speaks well of their civic engagement and intellectual curiosity that many Americans, in the absence of alternatives, are drawn to "village explainers" like Ross Perot with his charts, which liberals mocked two decades ago, and Glenn Beck with his blackboard diagrams, which liberals mock today.

The center-left needs its own village explainers, with their own charts and their own blackboards. In the plain language used by FDR for his Fireside Chats, they could show how liberalism is rooted in American values and history, instead of being an alien transplant from socialist Europe. They could sketch the relations between today’s radical right, with its loony theories about a Muslim-leftist world revolution, and the similar conspiracy theories of the Liberty Lobby in the 1930s and the John Birch Society in the 1950s. They could put up diagrams on the screen to explain elementary Keynesian concepts and show the need for public spending, or exports, or both to make up for depressed private consumption in a near-depression like the present. They could ...

Oh, never mind. It’s easier to run a clip of Palin, Bachmann or Beck, and then roll your eyes and ask a fellow pundit to join you in snickering at those idiots.