GOP: No government shutdown if you give us what we want

Paul Ryan promises that Republicans won't force the ultimate budget showdown. Why would he do that? 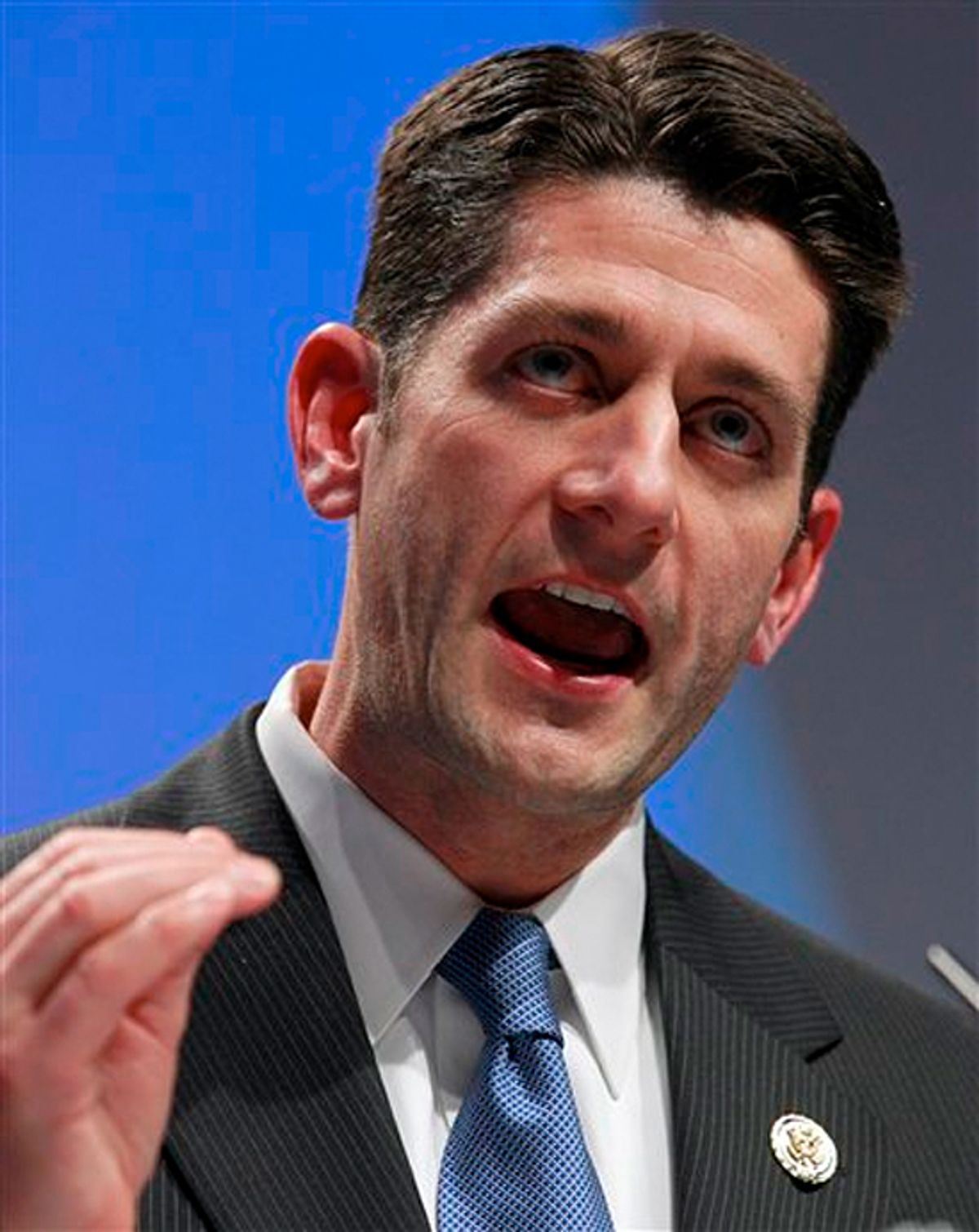 On Monday, Paul Ryan, R-Wis., chairman of the House Budget Committee, said some mean things about President Obama's budget: "Failing to heed the warnings of economists and the demands of the American people, the President's budget accelerates our country down the path to bankruptcy."

And so on. But on Tuesday, with the topic shifted to the looming showdown over a potential government shutdown, Ryan sounded like the soul of reason. Yes, the termination of the current "continuing resolution" that allows the government to keep operating is set to expire on March 4, but, to hear Ryan tell it, reports The Hill, there's no need to fear any kind of apocalyptic scenario.

"If we don't get agreement in the meantime, yes, we do think there's going to be some sort of situation where there's a short-term [continuing resolution]," Ryan said on "Good Morning America."

"I think we're going to have to negotiate exactly how those short-term CRs occur," he added.

But there's a world of disingenuousness locked into his statement. Ryan is under huge pressure from his own party to seek much stronger cuts than the White House is willing to concede.  Rank-and-file Tea Party House members are eager to do battle -- they're not going to vote for a temporary continuing resolution unless they get some concessions. So when Ryan says "we're going to have to negotiate exactly how those short-term CRs occur" he's talking about an "agreement" that the White House and Republicans will have to reach in the "meantime" before getting the larger agreement on a budget for the rest of the year.

It's all positioning at this point. Neither side wants to be blamed for recklessly pushing a government shutdown. But the willingness to seriously entertain a shutdown is the key point of leverage in who gets the upper hand in these negotiations. Ryan's statements this morning are designed to make it look like Republicans are the responsible party -- that there will be no problem as long as the negotiations over the short-term CRs are worked out. But it's precisely in the details of how those negotiations are worked out that the first real skirmishes in the budget showdown will take place. So let's keep a close eye on that.