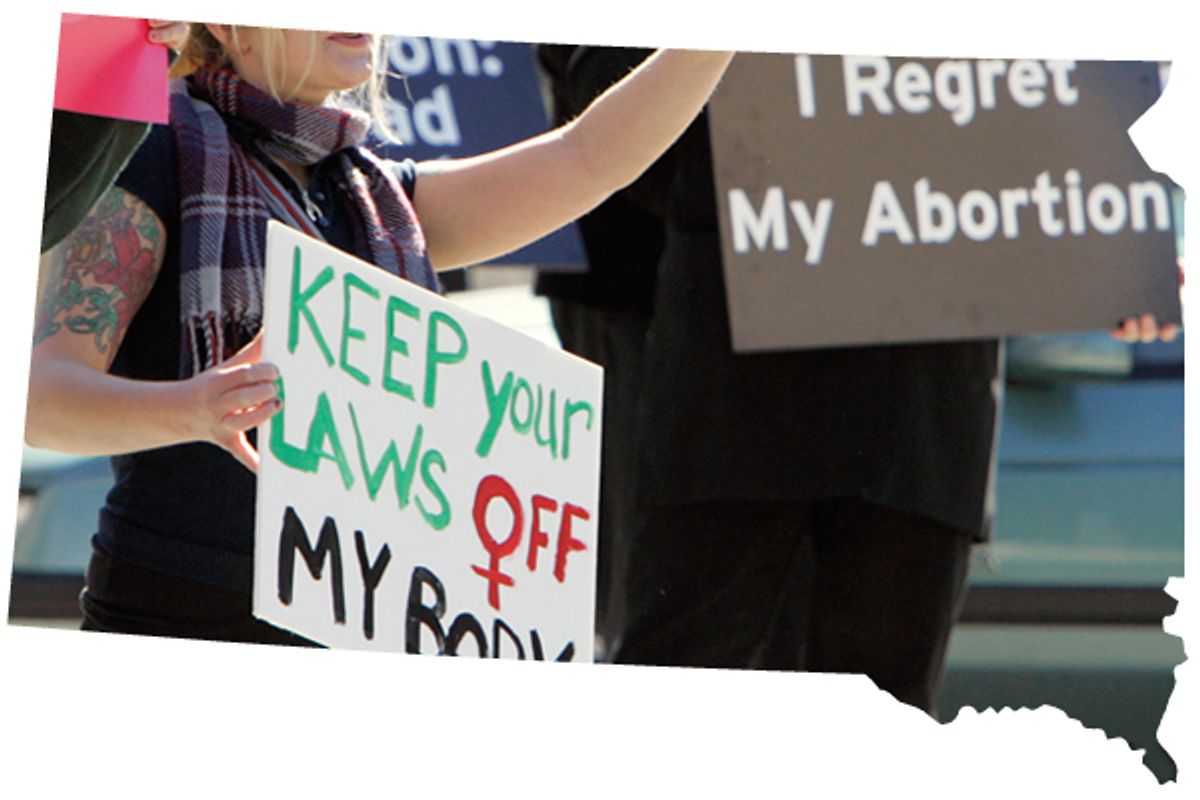 South Dakota is a red state. It goes without saying that abortion is going to be unpopular there. How unpopular, you wonder? Unpopular enough that the South Dakota Legislature is considering a bill to let relatives of a woman seeking an abortion legally kill the provider performing the procedure.

According to Mother Jones:

The bill, sponsored by state Rep. Phil Jensen, a committed foe of abortion rights, alters the state's legal definition of justifiable homicide by adding language stating that a homicide is permissible if committed by a person "while resisting an attempt to harm" that person's unborn child or the unborn child of that person's spouse, partner, parent, or child.

The bill was originally intended as a procedural formality, a "simple clarification of South Dakota's justifiable homicide law." It did not contain any language about unborn fetuses. However, the legislation was heavily amended in committee to include the incendiary legal language. A floor vote on the proposal is expected soon.