Deducing the plot of "Atlas Shrugged" from the trailer

If you've never read Ayn Rand's magnum opus, here's what you might think it's about, based on the film's preview 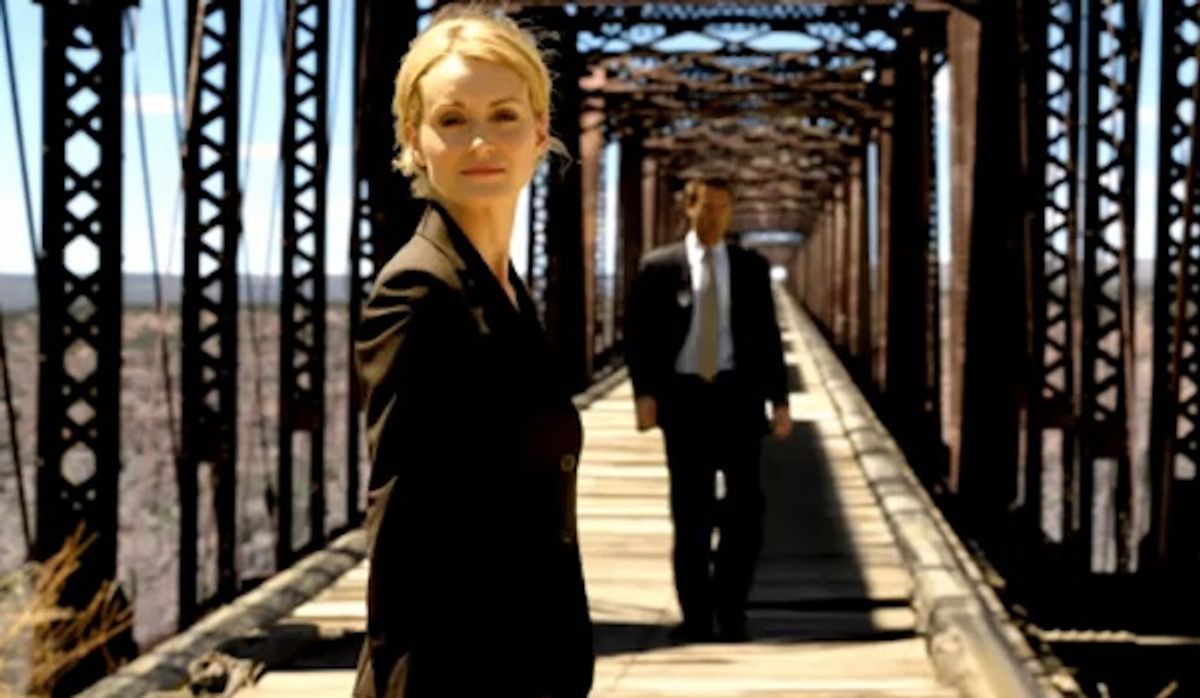 "Atlas Shrugged: Part 1" arrives in theaters on April 15, directed by Paul Johansson. Here's what you might deduce about Ayn Rand's objectivist epic, based exclusively on its trailer (below):

"Atlas Shrugged" is a book by Ayn Rand about railroads and the government and someone named John Galt, who may or may not be real/Jason Bourne/dead. A woman who owns a monorail company meets a guy who makes a top-secret type of metal that will help her make a super-train that looks like a monorail. But is he to be trusted? Is he John Galt?

Fedoras! In the rain! Do you trust them?

Everyone has cellphones and yells into them. "Get me Jason Bourne!" Except they mean John Galt. That guy with the big eyebrows who played Jimmy Barrett on "Mad Men" tells the guy who makes the secret metal not to tell people he only wants to make money. Somewhere, Gordon Gekko chuckles patronizingly.

And that, friends, is why you don't adapt Ayn Rand or Thomas Pynchon books into movies.