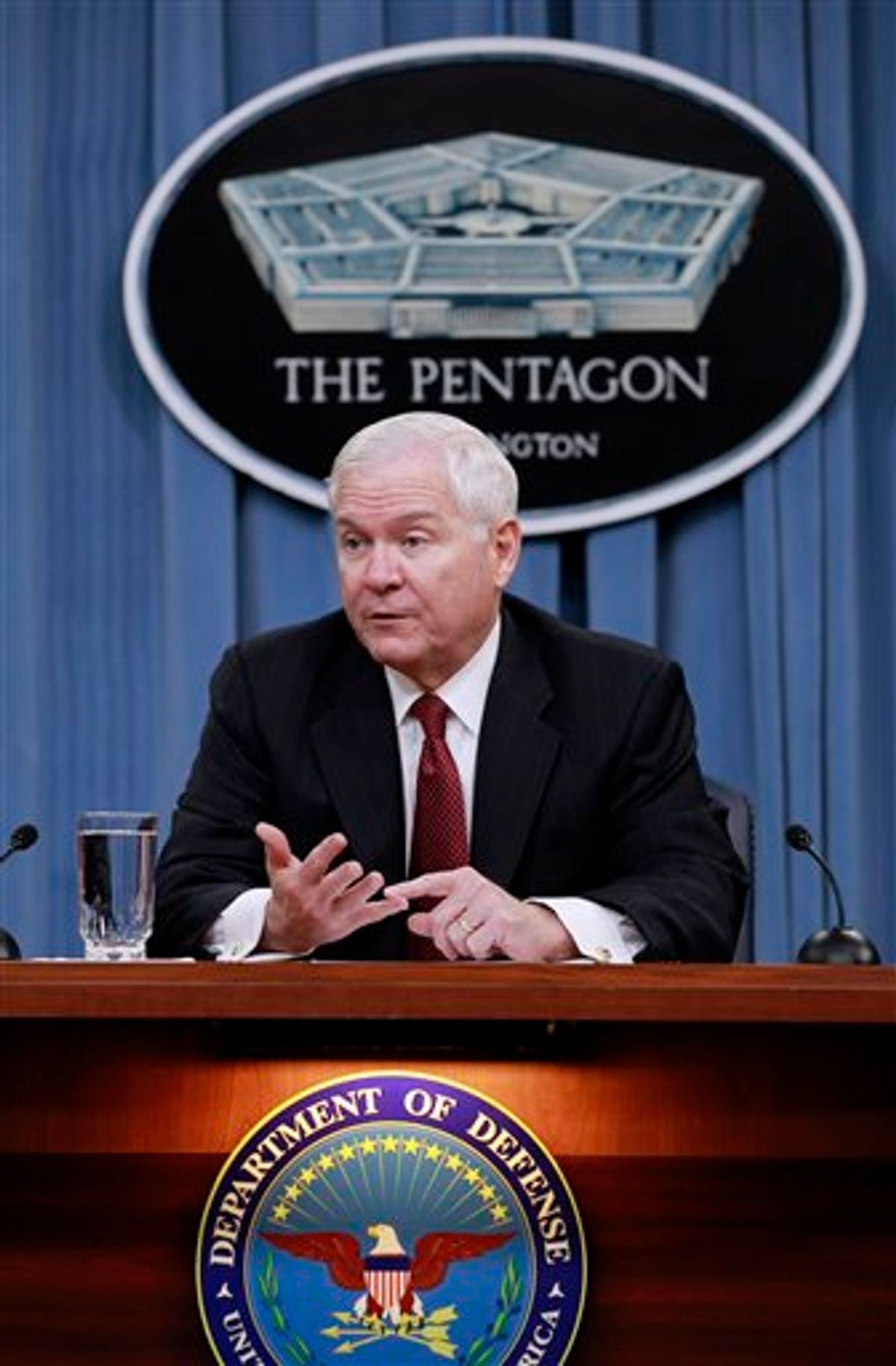 Pentagon chief Robert Gates is telling Congress that the Obama administration is interested in having more military personnel in Iraq after 2011 than the roughly 150 who are currently scheduled to remain.

The rest of the U.S. force is leaving under a 2008 agreement with the Iraqi government.

In testimony before the House Armed Services Committee, Gates was not specific about the size of a residual U.S. force. He also said that unless the Iraqi government asks the U.S. to keep more troops there, the administration will fulfill the 2008 commitment to end the U.S. military presence.

The only exception, under that deal, is roughly 150 uniformed officers who are to work out of the U.S. Embassy to support Iraqi training and military equipment purchases.