Why I called Herman Cain's CPAC speech a minstrel show

The longshot GOP White House candidate and his conservative allies are furious, but I stand by what I said 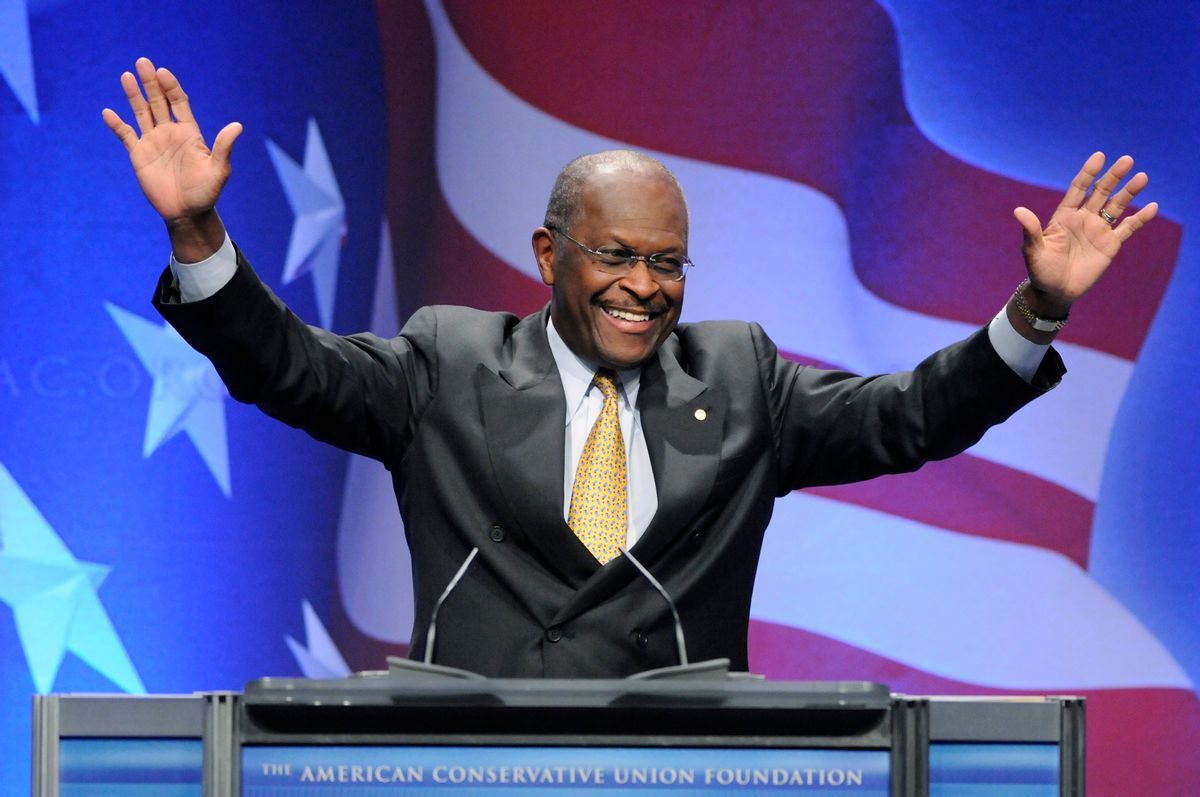 At its core, politics is a projection of our collective fantasies and wishes. What are our hopes, dreams, wants, and desires for our community? How are they embodied by those individuals whom we elect to office and whose causes we champion?

Over the weekend, after watching Herman Cain, the longshot black conservative running for the Republican presidential nomination, speak at the right-wing CPAC convention, I addressed some of these questions in a short piece that I posted on the news and opinion website Alternet (where I am a contributor) and at my own site, We Are Respectable Negroes. My essay, "Black History Month is Herman Cain Playing the Race Minstrel for CPAC," made what I believe to be a simple and forthright suggestion: Many prominent black conservatives are as much performers for the pleasures of the white conservative imagination, as they are "principled" politicians and activists. Much to my surprise, that essay has drawn attention, ire and rage from conservatives.

Ultimately, any reasonable discussion of the role of black conservatives in the right-wing movement (especially as highlighted by the racially reactionary politics embodied by CPAC and the Tea Parties) must seriously consider the proposition that race is central -- as opposed to secondary or peripheral -- in how and why black conservatives are beloved by the right.

Why the puzzle? From the birth of the "Southern Strategy" of Richard Nixon, through Ronald Reagan's embrace of the image of "the welfare queen," the notorious Willie Horton ad of George H.W. Bush, and the vitriolic race-baiting of the McCain-Palin team and its "Real

American" meme in 2008, the policies of the right-wing in this country can, in the most polite and generous terms, be described as hostile to the political interests of the working and middle classes, people of color, and the poor.

But let’s tread carefully: A difference of opinion on what constitutes good policy is not in and of itself a bad thing. Moreover, the diversity of political opinion in the black community ought to be embraced. It should not be glossed over or run away from. However, as a black American with a deep and abiding love and concern for my community and country, I begin with a basic question for my conservative brothers and sisters regarding their political affiliations.

Where is the love? Where is a sense of linked fate to a community whose centuries-long freedom struggle made your success possible? Whose long-term interests are you beholden to?

For example, Herman Cain has repeatedly spoken before Koch Brothers-funded, John Birch Society-linked groups, including those that are in favor of rolling back such basic civil rights era gains as integrated schools. In addition to the raucous applause they received CPAC, Cain and Allen West, a conservative black Republican who was elected to Congress last year, both legitimated a deep hostility to President Obama that is rooted in "birtherism" and crazed paranoid narratives about the tyranny and terror supposedly unleashed by America’s first black president.

As I and others have suggested elsewhere, these are narratives that are premised on a belief that a black man who happens to be president is de facto illegitimate. And, of course, there's no shortage of black conservatives who make a living among the pundit classes as human parrots for the right --popular for their novelty and unwilling to offer sustained critiques of policies that may, in fact, be deleterious to communities of color and the common good.

In my original essay, I referred to Cain and other black conservatives as "race minstrels" and "mascots" for the white conservative imagination. I stand by this observation. Whenever Cain and others have an opportunity to engage in "real talk" among their ideological compatriots -- to make a public, critical intervention against the racial hostility that drives contemporary American conservatism -- they instead stand mute or enable this hostility. When the opportunity to slap down the notion that black people with whom Republicans disagree are "brainwashed" or (in a disgusting abuse of the shared history and legacy of chattel slavery) "on the plantation," the Herman Cains of the world encourage this lie as one more way of signaling that that they are actually the "authentic" voices of Black America.