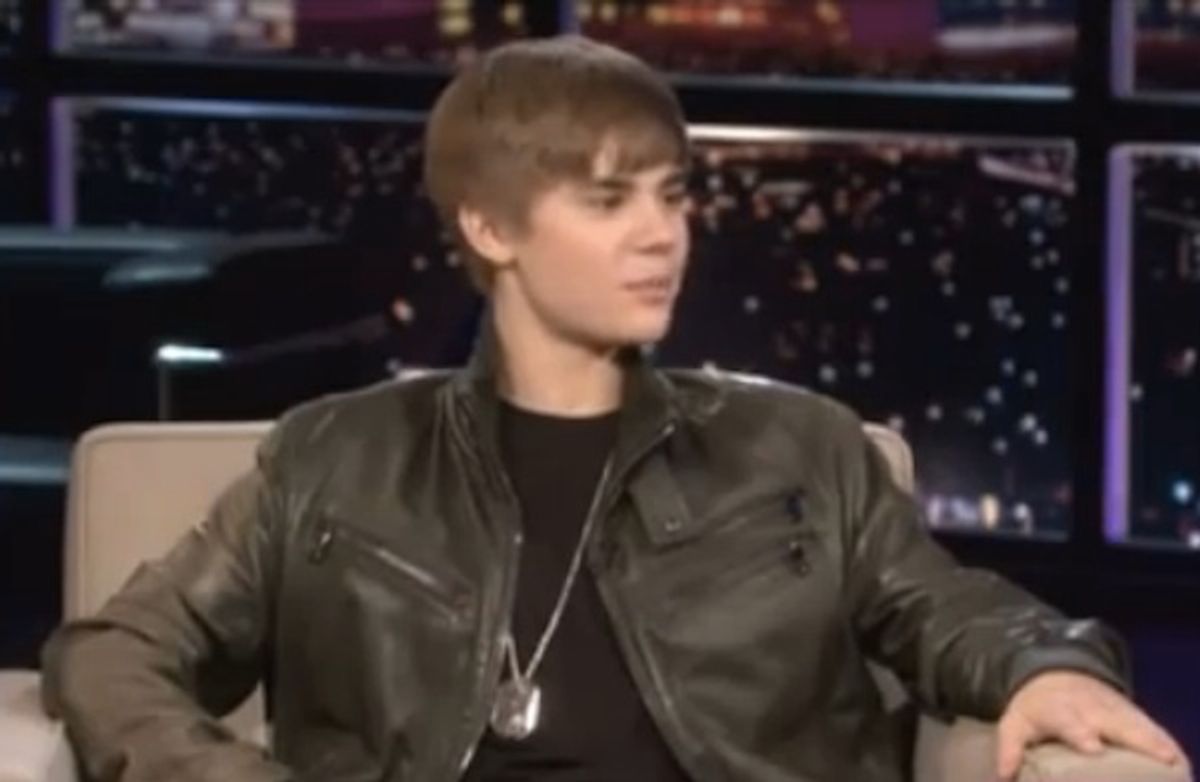 That is Justin Bieber, not a lesbian.
--

Justin Bieber appeared on "Chelsea Lately" Monday night to talk about his recent Grammy loss, being friends with all of Will Smith's kids (except the one from "Just the Two of Us"... where did that guy go?), and getting hugged by Lady Gaga in her meat dress. Also? He knows there's a site out there dedicated to lesbians who have his haircut.

Said Justin about the site: "It's funny."

If you haven't seen it yet, Lesbians Who Look Like Justin Bieber  is a pretty self-explanatory blog, though in all fairness it isn't just women who love women that end up looking like the Biebs. I, for instance, also have Justin Bieber hair. And as we found out last night, so does everyone on "Glee."