In a new campaign, Lisa Edelstein illustrates the stark price of cutting back abortion rights 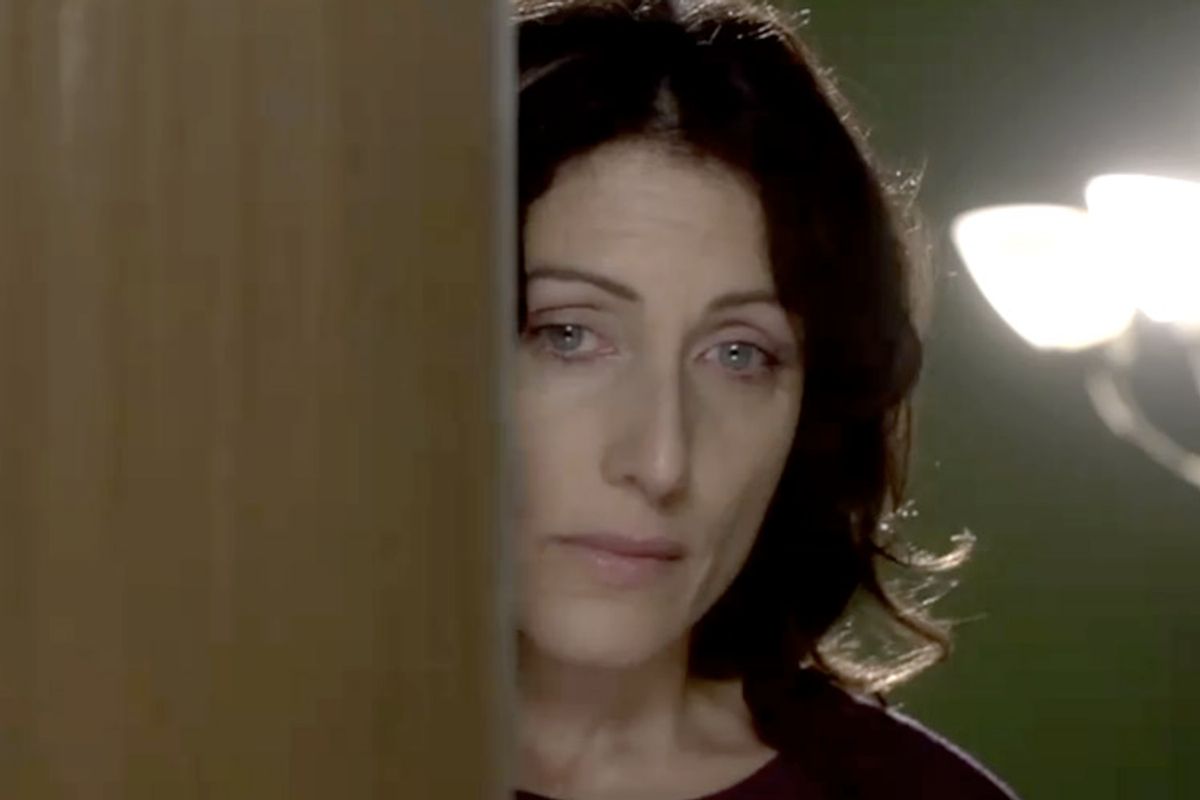 We see a woman clad in "Mad Men"-era finery, slowly walking from the camera down a long hallway. A voice familiar to fans of "House" narrates. "Only decades ago, women suffered through horrifying back alley abortions, or they used dangerous methods when they had no other recourse. So when the Republican Party launched an all-out assault on women's health, pushing bills to limit women's access to vital services, we had to ask," she continues, as the image cuts between the woman opening a closet containing a single wire hanger and the distressed face of actress Lisa Edelstein: "Why is the GOP trying to send women back to the back alley?"

It's a powerful spot from MoveOn, one that couldn't be more timely, what with the GOP's recent tactics to rebrand rape so only women who've really been raped-raped would have access to abortion, or make it OK to kill abortion doctors. But what makes it all the more intriguing is the presence of a popular television actress, one who in fact plays a doctor. While celebrity culture doesn't lack for political points of view -- that's what the godless, liberal-controlled media that Glenn Beck is trying to save you from is all about, folks -- abortion is still such a wildly divisive, taboo topic that television and its actors generally bust out the 10-foot poles when it's broached. It's one thing for Hollywood to be riddled with joyous baby bumps -- isn't it great about Natalie Portman/Kate Hudson/Jane Krakowski! -- it's another to come forward in such a public way to support safe and legal choice. There are occasional exceptions, like Jack Black, Ed Harris and Amy Madigan's pro-choice spot for Barack Obama three years ago. But Edelstein's is not some cheerful get out the vote message. It's a stark and harrowing reminder that restricting access to abortion does not make abortion go away. It only pushes women to desperate, unsafe options that jeopardize their health and their lives. So why are so few actors and actresses willing to come forward and say the same? Sticking up for women's health, as Edelstein has, should not, in 2011, still be a controversial move.

But as if to illustrate the utter cluelessness that we are dealing with regarding abortion, noted lesbian-haired healthcare expert Justin Bieber told Rolling Stone this week that "I really don't believe in abortion. It's like killing a baby?" He went on to explain that even in cases of rape, "Um. Well, I think that's really sad, but everything happens for a reason. I guess I haven't been in that position, so I wouldn't be able to judge that." Maybe everything happens for a reason when you're a 16-year-old millionaire without a uterus, but it's a little more complicated when you're, say, a pregnant 13-year-old rape victim.

There's probably not a whole lot of intersection between Bieber's Wikipedia hacking minions and those abortion-loving fans of Fox medical procedurals. Neither is terribly likely to be swayed by the opinions of the other. But Edelstein's pointed, chilling MoveOn clip, which is reportedly going to start airing soon on various cable networks, is a bold step toward bringing an issue too long considered too hot, too much of a downer, right where it belongs. Into the living rooms of American families.