Don't be a sissy! A marital guide flashback 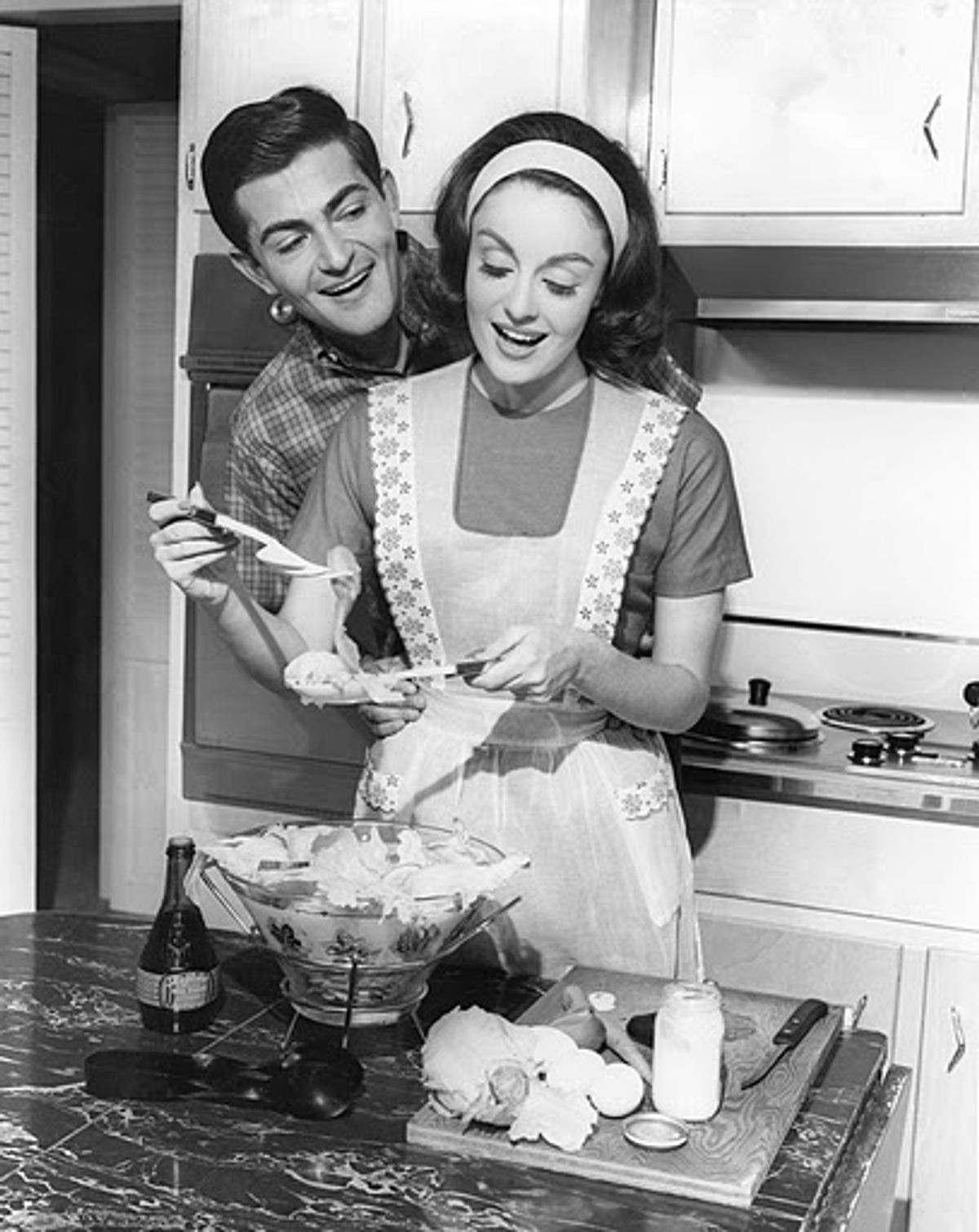 We hear a lot these days about how drastically the institution of marriage has changed, but rarely do we get a real glimpse of how things were way back when. The charmingly dated "Tests for Husbands and Wives," which is making the blog rounds today, is an exception. The marital rating guide -- or "blueprint for happiness," as the cover proclaims -- was formulated in the 1930s by psychologist George W. Crane. He interviewed several hundred husbands and wives to determine the most common gripes, as well as likes, in marriage. The resulting pamphlet is a time capsule of the connubial expectations of that time, and boy is it entertaining.

Men are expected to be good providers -- a good husband "gives wife ample allowance or turns pay check over to her," he "waits up for wife or calls for her at her party" and, like a true patriarch, "reads newspaper, books or magazines aloud to wife." He also must be sufficiently masculine ("well liked by men, courageous -- not a sissy"). Women are expected to nurture relationships for their husbands ("writes to husband's parents regularly"), stroke his masculine ego ("often comments on husband's strength and masculinity") and, overall, always looks like a pretty little housewife ("keeps self dainty, perfumed and feminine," "dresses for breakfast," never "wears pajamas instead of nightgown").

As for expectations in the bedroom, the guide bestows a hefty 20 points to a man who is an "ardent lover -- sees that wife has orgasm in marital congress." It also celebrates a husband who "gives wife real movie kisses not dutiful 'peck' on the cheek." Sexual "merits" for women are mostly passive -- that she "reacts with pleasure and delight to marital congress" and that she refrain from wearing something so crude as "red nail polish" or telling "risque or vulgar stories." Both sexes are judged harshly for flirting with members of the opposite sex, although it's interesting to note that men are only scolded for doing so in front of their wife. My favorite little wrist-slap over jealousy-provoking behavior is that a man is wrong to talk "of efficiency of his stenographer or other women."

Of course, there are plenty items that reflect the more prosaic annoyances of cohabitation: Wives are chastised for squeezing "tooth paste at the top" and failing "to wash top of milk bottle before opening it." (Also, she better not put "her cold feet on her husband at night to warm them.") Husbands are encouraged against hanging their ties on door handles and writing "on tablecloth with pencil." There are plenty of timeless expectations, too -- like basic hygiene (brush your teeth, change your socks) and table manners (watch it with the burping and nose-blowing). A lot has changed, but some things never will.