Five better names for "Sherlock Holmes: A Game of Shadows" 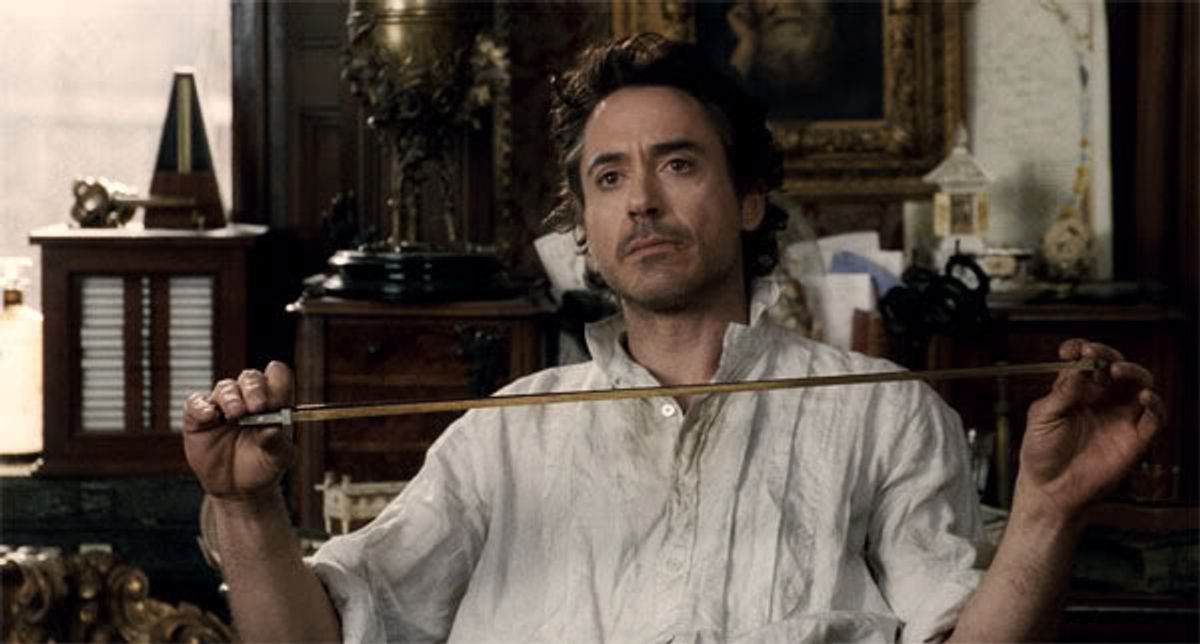 Robert Downey Jr. and Jude Law are teaming up for another bromantic action film loosely associated with Sherlock Holmes. We were hoping that this time around, director Guy Ritchie would think to include Professor Moriarty as more than just an ominous hand. Then again, considering that the title of the sequel was just announced as "Sherlock Holmes: A Game Of Shadows" this movie sounds less like a faithful interpretation of Arthur Conan Doyle's stories than it does the next film in the "National Treasure" franchise.

Besides "Sherlock Holmes: Anything Else," what would have made for a better title for the sequel? We came up with five names -- you come up with the rest.