Ever get a cryptic love note from a Grammy award-winning songstress? How Adam Young confessed his V-day crush 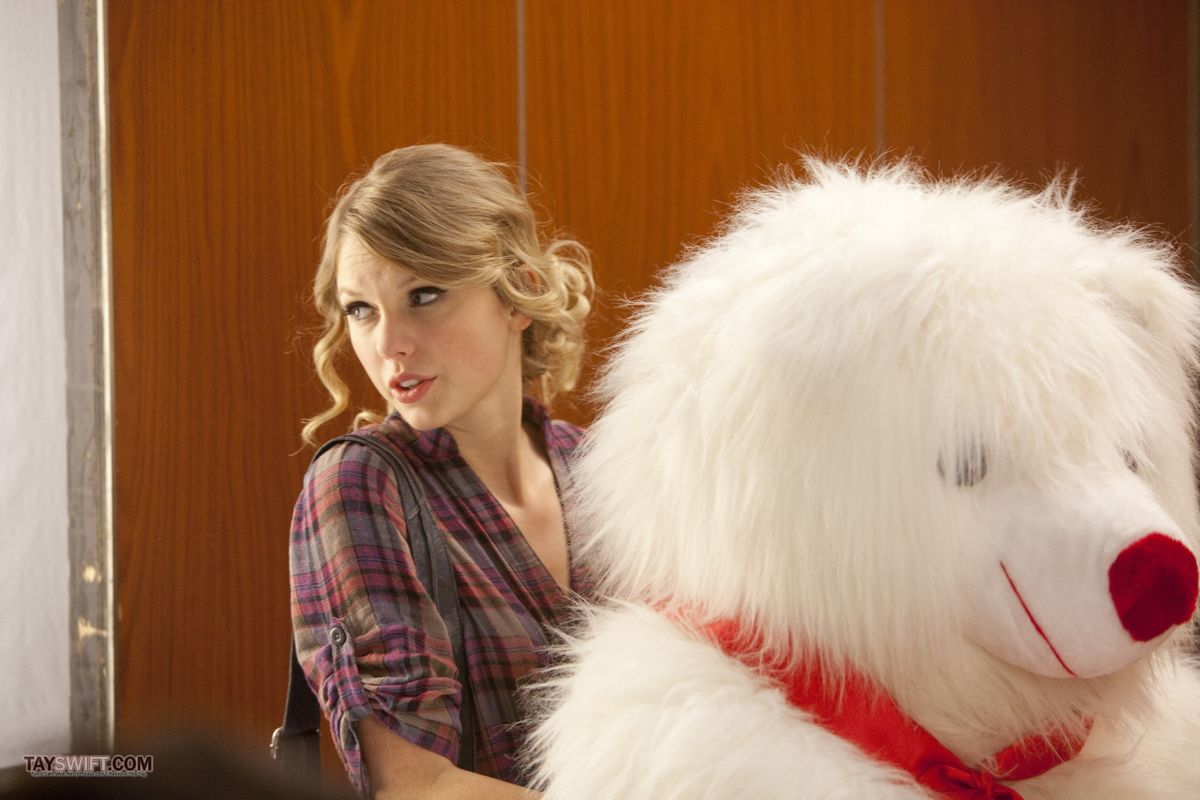 Taylor Swift has never been one for enigmatic ballads. So far in her young 21 years, she's made a habit of penning songs with specific guys in mind, whether that's John Mayer ("Dear John"), Taylor Lautner ("Back to December") or Kanye ("Innocent"). It would be easy to make fun of her, but lets face it: At her age, I was using a public LiveJournal account to write "anonymous" notes to boys in school who were still trying to grow mustaches. Beating around the bush isn't something that new adults do well.

Still, if you asked me last week to put money on the next mysterious boy Taylor would pine for in her liner notes, I would have put my life savings ($250 plus $5k in college debt!) on Jake Gyllenhaal, the most recent of her mismatched paramours.

So lucky (unlucky) for me then, that nobody asked me to place any Taylor-centrics bets this weekend. On Valentine's Day, Adam Young of Owl City (a one-man electrop project from Minnesota who had a breakout hit with the song "Fireflies") became wise that Taylor's liner notes spelled out his name in the capital letters of each line. Plus, Taylor had recently mentioned that her song "Enchanted" was about a crush that she had been recently emailing with in New York! That's where Adam lives!

Like any normal teen (actually, Adam is 24), the bashful crush waited until Valentine's Day to send his perspective admirer a note. And since these kids get to live out the most embarrassing moments of high school relationships in front of the entire world, Adam didn't write Taylor a letter, or tell his publicist to tell her publicist to tell Gwyneth Paltrow to have them meet in a dinner party. Instead, Adam manned up and wrote to Swift on his (not LiveJournal) blog:

I’ll be the first to admit I’m a rather shy boy and since music is the most eloquent form of communication I can muster, I decided to record something for you — as sort of a “reply” to the breathtaking song on your current record. This is what I wanted so badly to tell you in person but could never quite put into words:

Everything about you is beautiful. You’re an immensely charming girl with a wonderful heart and more grace and elegance than I know how to describe. You are a true princess from a dreamy fairy tale; a modern Cinderella. I’m terribly sorry it’s taken me such a long time to reply but I figured Valentine’s Day was the perfect time to write this note to you and simply say… I was enchanted to meet you too.

Oh yeah, and then he sang a cover of "Enchanted," but sort of changed the lyrics to be about Taylor. Wait for it, the mood gets kind of sexy at the halfway mark:

You guys! Get a room! For all the romanticism that this story provides, I'd like to see an IRL time line of how this song/crush overlapped with Taylor's supposed relationship with Gyllenhaal. According to last check, the couple had just broken up around this time last month. For all her sweetness, Taylor sure does move fast.