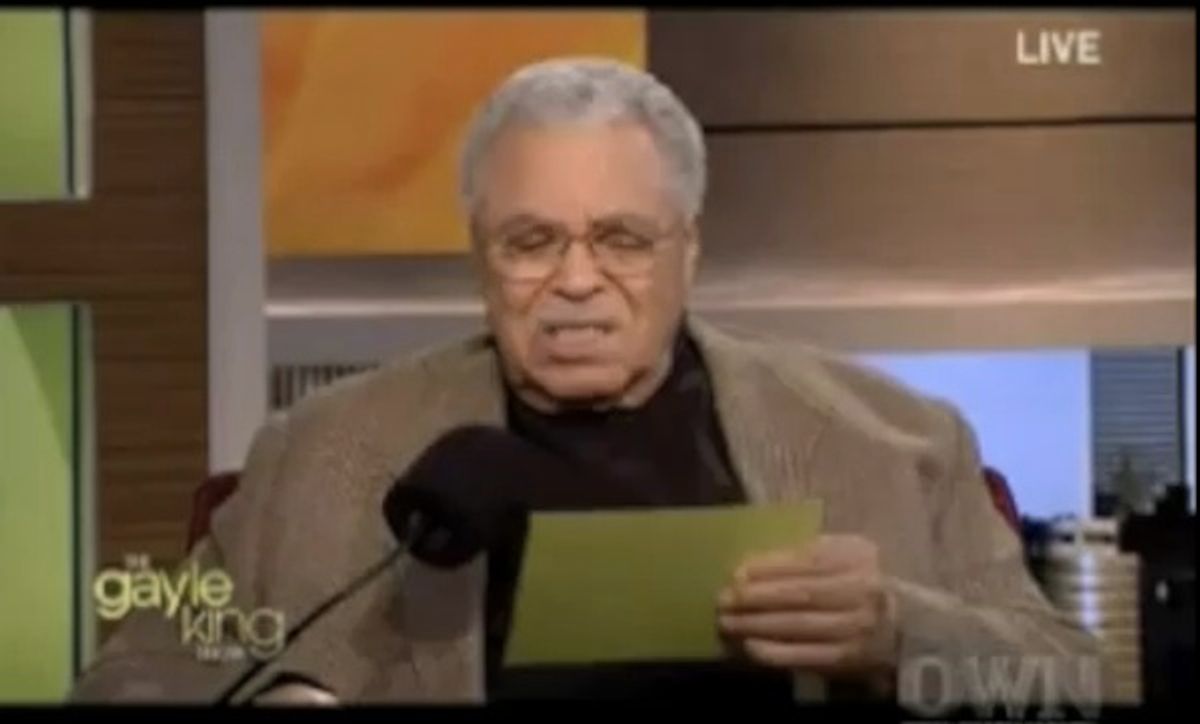 Lets just call this a truce, OK? I don't want to watch any more famous actors trying to Shatner their way through pop songs like "Poker Face" (though God bless you, Christopher Walken, for the effort) any more than you want to yell at me for posting another mindless video pertaining to Justin Bieber.

But! This video of James Earl Jones on "The Gayle King Show," trying to get through the chorus of Justin Bieber's "Baby," is notable if only for the fact that the deep-voiced thespian says in an earlier clip that he has never heard one Justin Bieber song. Before "Never Say Never," I thought I hadn't either, but when you stop to think about it, not hearing Justin Bieber these days is actually harder than hearing him. Sure, maybe you only get a snippet of it on the car radio, or your kid is playing it, or Girl Talk makes a mashup of it with Katy Perry's "Firework," but that counts as "listening to Justin Bieber music."

And now, post-Grammys and "Glee" episode, it's even harder to make that claim. Go hold your head high and victoriously pronounce to the room you've never heard any Justin Bieber song, but that would be a hollow victory, because you'd be alone in that room. And it would be soundproof. And you would've had to be living there since last summer.

So anyway, Urlesque.com put the voice of Darth Vader singing "Baby" on top of the actual Bieber track, and it's funny. Now you've definitely heard "Baby." Oh well. Time to start telling your friends that you don't know what an Arcade Fire is, I guess.