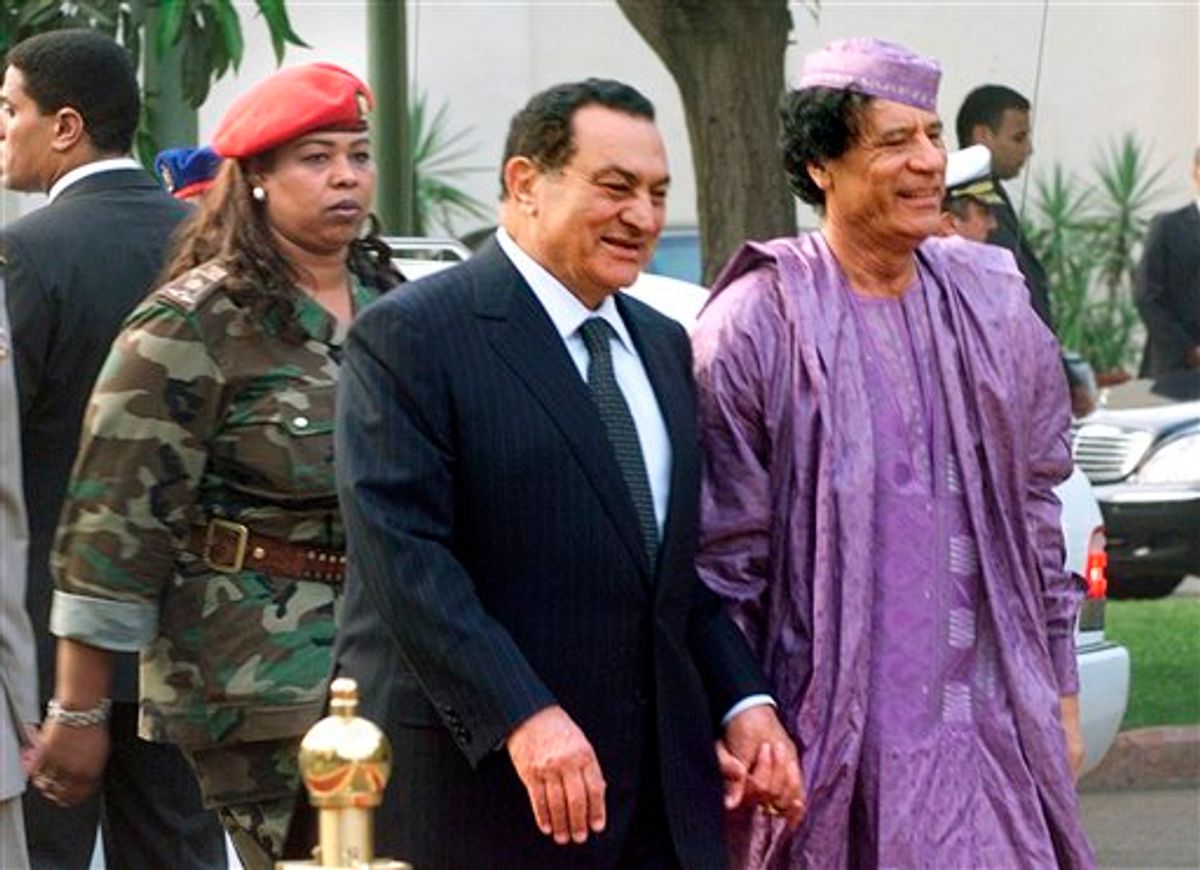 FILE.- This July 21, 2002 file photo shows Egyptian President Hosni Mubarak, center, welcoming Libyan leader Moammar Gadhafi, right, who is guarded by a female bodyguard, left, upon his arrival at the Presidential Palace in Cairo. Hundreds of Libyans calling for the government's ouster took to the streets early Wednesday in the country's second-largest city as Egypt-inspired unrest spread to the country long ruled by Moammar Gadhafi. (AP Photo/Amr Nabil) (AP)
--

After a relatively modest protest broke out early Wednesday in Libya, citizens organized today's "day of rage," a nationwide protest organized largely through social media. But unlike its similarly protesting neighbors in North Africa, Libya is rich with oil money, and it is using that wealth to literally pay protesters off. But not all of them: As many as 20 people have died as a result of protests so far.

What can Libya's past tell us about what's happening there now? Like many countries in the region, Libya is a post-colonial nation that, after claiming independence for itself, let its people suffer. But the past 50 years have been significant for both the United States and Moammar Gadhafi, the Arab world's longest-serving leader.

The current situation changes things. Gadhafi’s restrictions of liberty are now a viable -- and very relevant -- topic of discussion. It should be noted that these restrictions are significant, and many of them stem from Gadhafi's statism. The country's glut of oil money spreads no farther than the ruling class, thus creating one of the worst income disparities in the world. A third of the population lives in poverty.

Like Egypt, Libya is effectively a police state. The Gadhafi-controlled media is a veritable propaganda machine; and oppositional figures are subject to arrest without trial. And like Egypt, the long-simmering discontent erupted as part of a call throughout the world for the powers that be to recognize the fundamental liberty of the people they reign over.