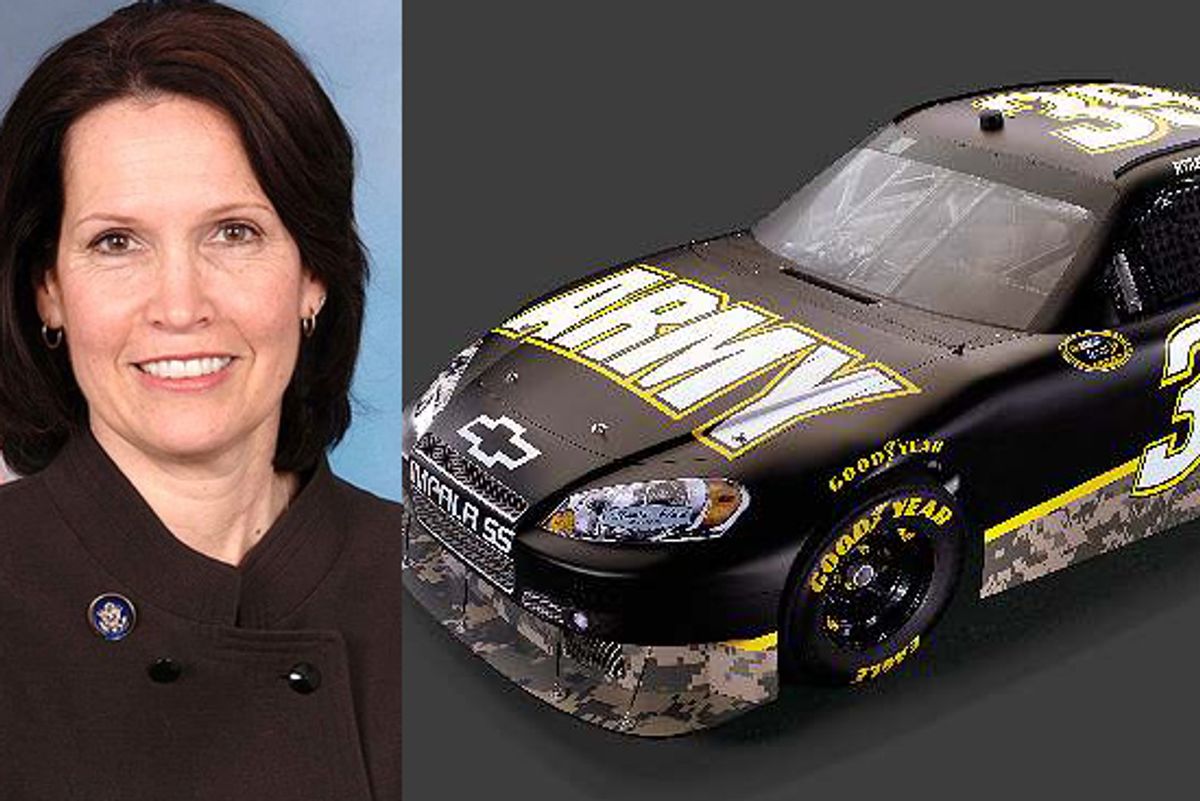 Rep. Betty McCollum, and the US Army Chevy Impala
--

Here is a story in which everyone involved acted as an unflattering caricature of themselves. Rep. Betty McCollum (D-Minn.) proposed that the military be barred from sponsoring auto races. The Army has a car in the NASCAR Sprint Cup. The proposal was done to save money, I guess, and also McCollum represents a Northern, urban district, and so she is acting like a NASCAR-hating, troop-disrespecting effete liberal. ("We've had some calls," her spokesman said. " "Lots of Mississippi people, North Carolina people." That's basically smug Northerner code for "dumb hicks." Nice work, everyone.)

Then, some presumably irate NASCAR fans faxed an expletive-filled threatening letter to McCollum's office, making use of racial slurs and insulting misogynistic terms. It really has to be seen to be believed. (Warning: Everything about it is incredibly offensive.) There is a pickup truck towing a noose. Who made this? Real racist hicks or smug liberals impersonating racist hicks? I try never to underestimate the American capacity for unreconstructed racism and virulent misogyny, but this just seems a bit much!

This will probably start the new Civil War, which the South will fight with Fax Machines as the North Tweets about the destruction, from their offices.