"My Father's Fortune": Memoir of a sneering youth

In "My Father's Fortune," Michael Frayn writes of his parents' tough life story -- and his own condescension 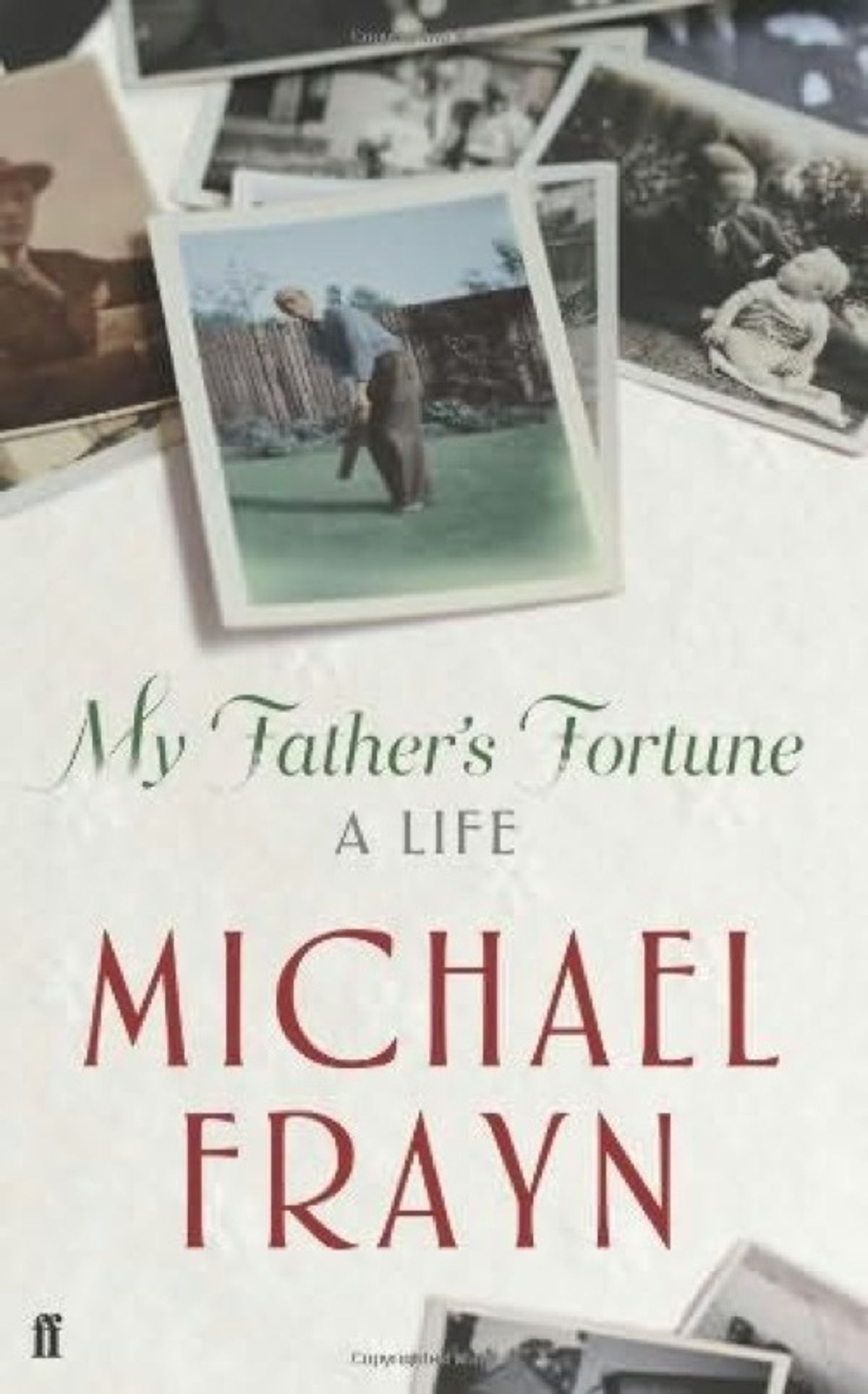 "My Father's Fortune" by Michael Frayn
--

With "My Father's Fortune: A Life," playwright, novelist, translator, journalist and screenwriter Michael Frayn adds memoirist to his attributes. Is this inspired mischief maker constitutionally suited to the task? Throughout his artistic career he has exercised a humane nominalism, poking holes in the idea of an enduring self -- indeed, his characters have questioned the possibility of understanding anything at all. "I'm not sure if I really understand even what it means to understand something," admits the central figure in "Spies," Frayn's last novel -- this, as he tries to summon up what was going on in the head of his much younger self. But in this moving autobiographical work, Frayn's reservations about what can be known surface only as a droll counterpoint to the emotional drama that emerges, from the evidence of censuses, vital records, family photos, interviews, recollections, and from Frayn's bold and busy imaginings.

Michael Frayn's parents and grandparents inhabited that social tideland in industrial England in which people drifted back and forth between the lower-middle and working classes. His paternal grandfather had gone from shop assistant to shop owner and back again. Frayn's maternal grandparents had their own vicissitudes, including an unsuccessful sojourn in the U.S. where the author's mother, Vi, was born. Their return to England eventually brought short-lived business success, followed by lasting business failure.

Frayn's father, Tom, a lively and engaging fellow, left school at 14 to become an office boy. At the age of 18, now a wages clerk, he went to a party on a chance invitation and there he met the 14-year-old Vi. They fell for each other immediately. The sheer arbitrariness and existential ramifications of this conjunction are stunning to Frayn -- as is the inadvertency of his own conception many years later. Again and again he stops to wonder at both the fragility and the determining might of the chain that leads from past to present. A single terrible link, a decision made long in the past, lies at the heart of this book. At first only hinted at, it is finally revealed to be the cause of his family's greatest tragedy.

Though Tom rose to become a successful salesman, the improvidence of both families prevented the couple from marrying until 11 years after their fortuitous meeting. Even then they had to take Vi's mother into their small flat. Here, as elsewhere throughout the book, Frayn enters into the present tense to envision the setup, a bustling routine involving room measurements, furniture placement, the positioning of actors, and testing of scenarios -- all done with comic panache. He himself arrives on the scene in September, 1933. "There's rather a lot of me in the family snapshots dating from the next year or two," Frayn reports -- before issuing a familiar caveat. "Or at any rate of a chunky, chubby boy with abundant blond curls who slowly changes over the next three-quarters of a century, as I believe from my confused recollections and from a certain amount of documentary evidence, into the gaunt, balding old gent I now identify as me."

Eventually the family, which grew to include Frayn's sister, moved to the London suburbs and it is there they lived through the war -- though they were almost blown up by a German V-1 "Doodlebug." It is there too, less than three months after the war ended, that Frayn's mother dropped dead from a heart attack, a tragedy so devastating that the family is never able to discuss it. Frayn's father was left with the bringing up of two children while holding his job. He was increasingly mystified and troubled by his son. No good at sports or mathematics, the boy developed into a condescending young man whose private career goal was to become a romantic poet. Looking at a class photo from those days, Frayn sees himself wearing "a most unpleasant sneer" (photographic evidence supplied). "Have I put the expression on specially, in honor of the occasion?" he asks. "Or -- good God -- do I look like that all the time? ... Is this what my father sees across the supper table each evening?"

Frayn brings us through subsequent events, expressing his mortification at having been the callow youth that he was, an alien character whose pomposities he presents most entertainingly. He attempts to plumb the mystery of his father's state of mind, troubled that he himself had been more of a trial than a blessing to the man -- an uneasiness calmed by book's end. He honors the fortune his father bequeathed to him: his smile, his skepticism, his tendency toward fiction, and that most fortunate gift of all, his very existence: "a life," as the subtitle suggests, and that of his children, and of theirs. This is a beautifully written portrait of a vanished way of life and a fondly humorous, very affecting work of homage and love.

Among Katherine A. Powers' identities is literary columnist for the Boston Sunday Globe.