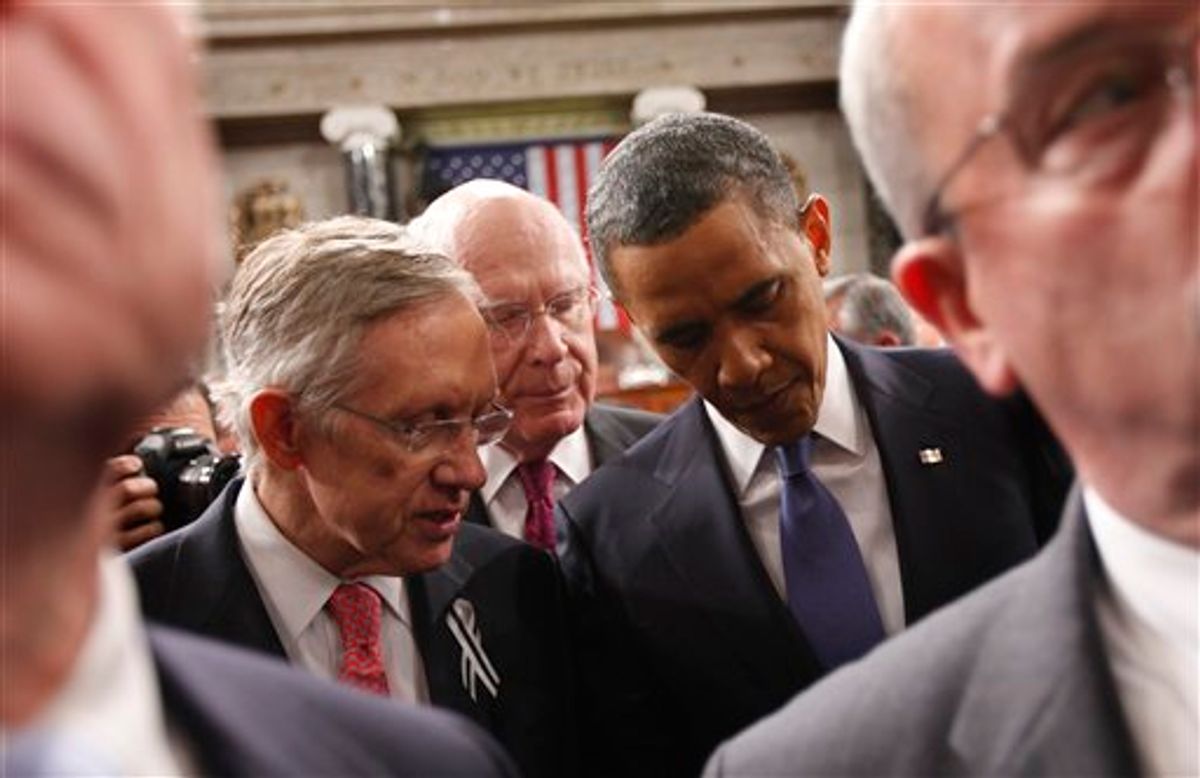 Congress on Thursday gave itself three more months to consider changes to provisions of anti-terrorism law that have been valuable in tracking security threats but have drawn fire from defenders of privacy rights.

The House voted 279-143 to add 90 days to the legal authority of three provisions, including two that were part of the USA Patriot Act enacted shortly after the Sept. 11, 2001, attacks. The Senate approved the measure Tuesday evening.

President Barack Obama is expected to sign the bill before the provisions expire on Feb. 28.

At issue are law enforcement powers to set roving wiretaps to monitor multiple communication devices and to ask a special federal court for access to "any tangible thing" -- from business records to library checkouts -- that could be relevant to a terrorist threat. The third provision, from a 2004 intelligence act, gives the FBI court-approved rights for secret surveillance of non-American "lone wolf" suspects not known to be tied to specific terrorist groups.

Unlike other sections of the Patriot Act, the provisions were not made permanent law because of lingering concerns that they gave the government too much power to spy on people. Those concerns came from both the right and left -- the 12 senators who voted against the extensions ranged from liberal independent Bernie Sanders of Vermont to tea party favorite Rand Paul, R-Ky.

"We need to defend the right to be free of search and seizure," Paul said. "I think, in the fear after 9/11, we did not debate these things fully. We should have a debate."

Rep. James Sensenbrenner, R-Wis., an author of the original Patriot Act, promised hearings but expressed frustration at the fears of abuse raised by critics. "None of these three provisions have been held unconstitutional by a court," he said. "No court has found that civil liberties have been violated."

The debate begins Thursday when the Senate Judiciary Committee takes up legislation from committee chairman Patrick Leahy, D-Vt., that would extend the three provisions through 2013 while expanding civil liberty safeguards.

Leahy would also set a 2013 expiration date for the FBI's power to issue secret "national security letters" compelling telephone companies, banks and others to turn over individuals' records.

Leahy said that the Justice Department under President Barack Obama has implemented some improved oversight measures, such as requiring law enforcement to provide specific facts showing relevance to an investigation when seeking library or bookseller records. But he said there is a need to codify these measures into law.

Senate Majority Leader Harry Reid said Tuesday that prior to the next expiration date, on May 27, he would set aside a week on the Senate floor for senators to offer amendments. Intelligence Committee Chairman Dianne Feinstein, D-Calif., has proposed a straight extension through 2013 while Republican leader Mitch McConnell of Kentucky has a bill to make the provisions permanent.

Similarly, in the House the Judiciary, Intelligence and other committees are expected to hold hearings in the coming weeks. Rules Committee Chairman David Dreier, R-Calif., said leaders on the issue "are going to in the next 90 days do a lot of work in ensuring that the concerns that have been put before us are addressed."

Congress in February of last year extended the three provisions for one year without changes after the Senate was unable to agree on Leahy's increased oversight proposals. The House on Monday voted to extend the three measures until Dec. 8, but Leahy led the Senate in backing the shorter extension. "It should not take a year to pass improvements to these provisions," he said.