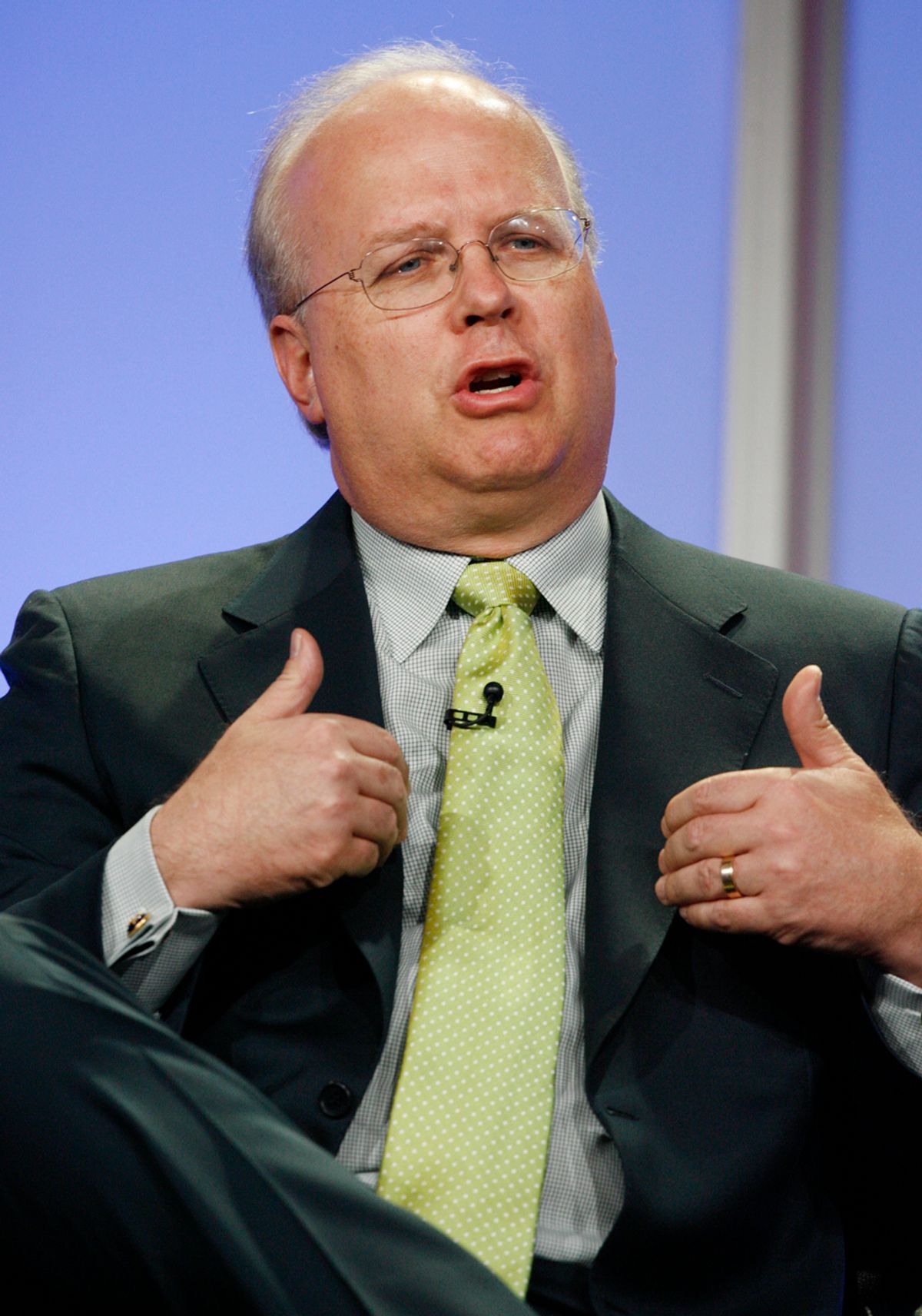 Despite the fact that birthers make up some ridiculously large -- and growing -- portion of the Republican base, I really don't think there is any downside to prominent Republicans pointedly declaring birtherism to be a ridiculous conspiracy theory. Karl Rove is smarter than John Boehner, so where Boehner grumbles that it's not his job to tell deeply misinformed people that they've been deeply misinformed, Rove comes out and says birtherism is stupid. Plus, he spins it perfectly: It's not just a conspiracy theory, it's a liberal trap.

"We need the leaders of our party to say, 'Look, stop falling into the trap of the White House and focus on the real issues,'" Rove told Bill O'Reilly last night. And then he says that polling the number of birthers in the Republican Party is somehow an Obama trick, because talking about birthers "fits into the White House theme-line."

That is patent nonsense, but it's clever nonsense. This way, Republicans who denounce birtherism don't have to take responsibility for the fact that Republicans allowed it to spread far and wide.

It is also in Rove's interest to downplay the number of birthers in the party. That poll of likely GOP primary voters that showed that a staggering 51 percent of them believe the president is a foreigner? That poll is also a liberal plot:

O'Reilly decided to rebut the PPP poll by showing the results of a CBS survey taken last year. According to this poll, 20% of Americans think Obama was born abroad and 58% think he was born in this country (the rest didn't know). Both O'Reilly and Rove seemed sanguine about this poll because, apparently, the idea that only one in five Americans is completely uninformed and another one in five cannot answer a simple question is somehow reassuring.

But as Isaac Chotiner points out, the polls do not actually contradict each other, because one is a poll of likely GOP primary voters and the other is a poll of everyone.