The big blonde Texan is now the subject of a big British opera. Is it exploitation or a tragedy for our time? 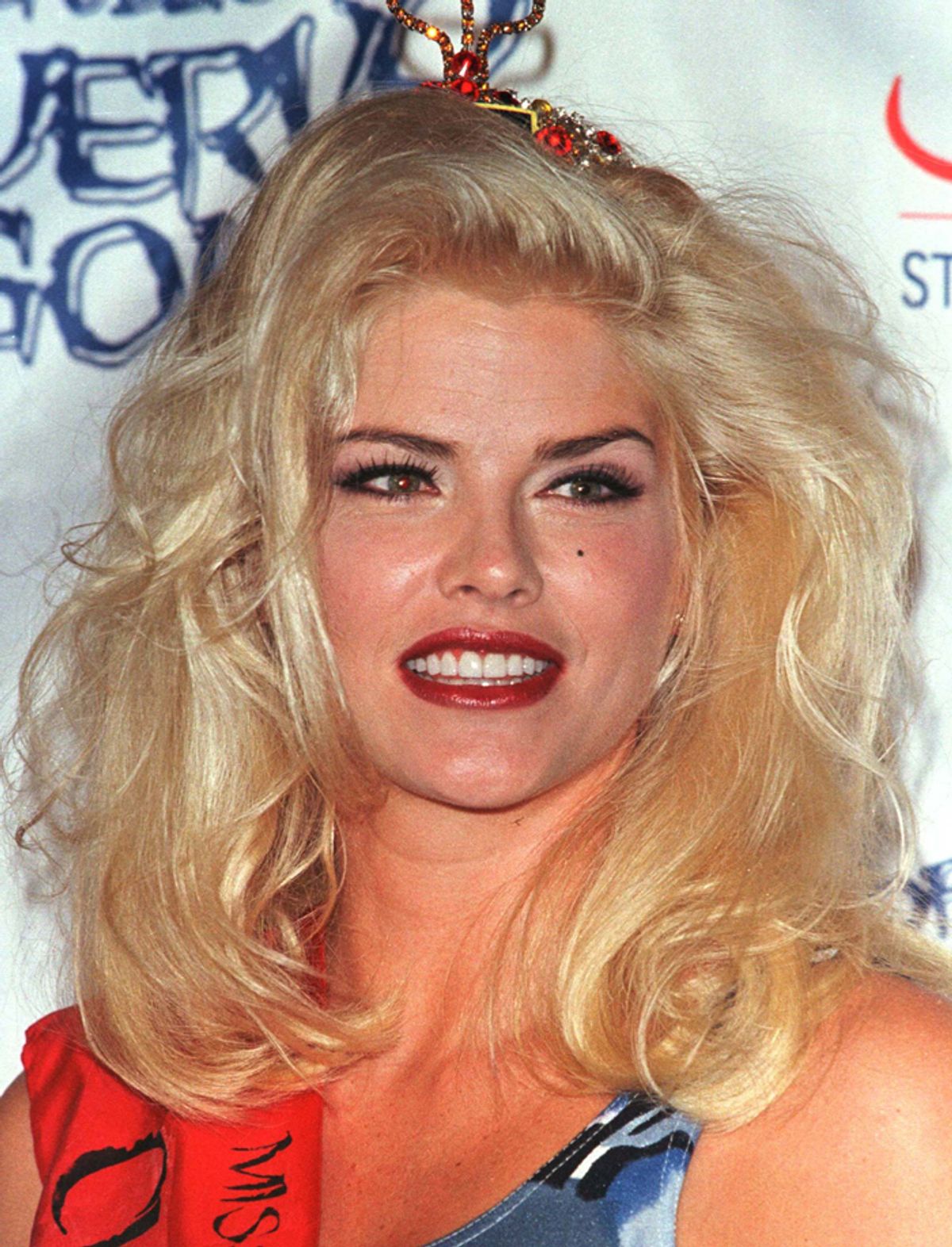 Former Playboy Playmate Anna Nicole Smith appears at a news conference to announce the formation of her foundation to help men and women embroiled in high profile, controversial scandals, at Planet Hollywood, Beverly Hills, August 13. Stars Against Scandals (S.A.S.S.) kicked off fund raising efforts by auctioning off a weekend get away at the Republic of Cuervo Gold, an eight acre island in the British Virgin Islands. FSP/SV/AA (Â© Rose Prouser / Reuters)
--

Smith, the breathy, billionaire-marrying, pneumatic blonde, may not seem the modern equivalent of Violetta at first glance, but her strange, scandal-riddled life and untimely death in 2007 remain a source of peculiar interest. In one lifetime, she managed to cover an astonishing amount of popular culture ground, tapping into our collective obsessions with sex, drugs, weight, money, love triangles, and great big fake breasts. She was a one-woman Jerry Springer episode. And if Jerry Springer could merit an opera and Richard Nixon is currently bringing down the house at the Met, why not an write one about one of the biggest things to ever come out of Texas?

On Thursday night, "Anna Nicole" – "A celebrity story of our times that includes extreme language, drug abuse and sexual content" made its debut at London's Royal Opera House. Well, that should fill seats in a way that its other current production, "Die Zauberflöte," does not. Papageno, you've been outdone.

The production, composed by Mark-Anthony Turnage and co-written by "Jerry Springer: The Opera" librettist Richard Thomas, may just be a calculated attempt to draw the Hooters crowd into the aria milieu. Audiences don't need to be versed in 19th-century Italian narrative to get the message when Dutch soprano Eva-Maria Westbroek sings, "I want to blow you all. I want to blow you all. A kiss." But it's interesting to note that critics on both sides of the aisle have searched within the show for evidence that the big girl wasn't just a sad cartoon. The Washington Post complained that the jazz-infused production didn't take enough pains to "actually take a stand about the inner life of their title character," while The Independent gushed, "Shocking it isn't; stunning it is. No, you don't see the oral sex scene ('There ain't no such thing as a free ranch'...), but you do see the humanity. Eva-Maria Westbroek is a startlingly innocent Anna, caught in demonic forces beyond her control."

Richard Thomas told the BBC this week that "Anna Nicole was already a totally larger-than-life personality,"  and insisted "We don't trash her," but it's tough to pull off an outsized musical about an outsized individual – one so familiar and not so long ago departed -- and still remain true to that person's heart and humanity. The beauty and power of opera is its passion, not its gimmickry. And Smith's survivors are perhaps understandably displeased with the former Playmate's life having become a public entertainment without their consent. Larry Birkhead, the father of Smith's daughter Dannielynn, who was only five months old when her mother died of an overdose, told TMZ Thursday that he was never consulted by the creators of the opera and is currently weighing legal action. (It's worth asking if that's not at least in part because they aren't getting a cut of the box office.)

If you put an ex-stripper together with an oil tycoon six decades her senior and throw in an inheritance dispute, a paternity dispute, a few deaths, and a lot of pills, you've got yourself some drama. But is the life of a woman who lived so brazenly – so often embarrassingly -- in the public eye automatically up for grabs – and does scandal necessarily make for great art?

Dramatic protaganists certainly don't have to be noble or heroic – that Turandot was a real piece of work. And a high school dropout remembered best for her bra size and her slurred, cringe-inducing final appearances may not everybody's first ideal of a classic operatic figure. But even when she was babbling on TV to her dog, there was something so flawed and vulnerable about Smith that she transcended her own schlock. She was a disaster who had disasters befall her, like losing her son only days after the birth of her daughter. She was exploited and used, a train wreck seemingly destined for exactly the fate that befell her before she was even 40. That's why she continues to fascinate. She was a fragile and real woman. She's also every bit as a tragic a heroine as anything Puccini could have devised.