Dissecting Britney Spears' "Hold It Against Me"

The fallen pop star returns with "Hold It Against Me." Lady Gaga only wishes she'd thought of IV paint drips 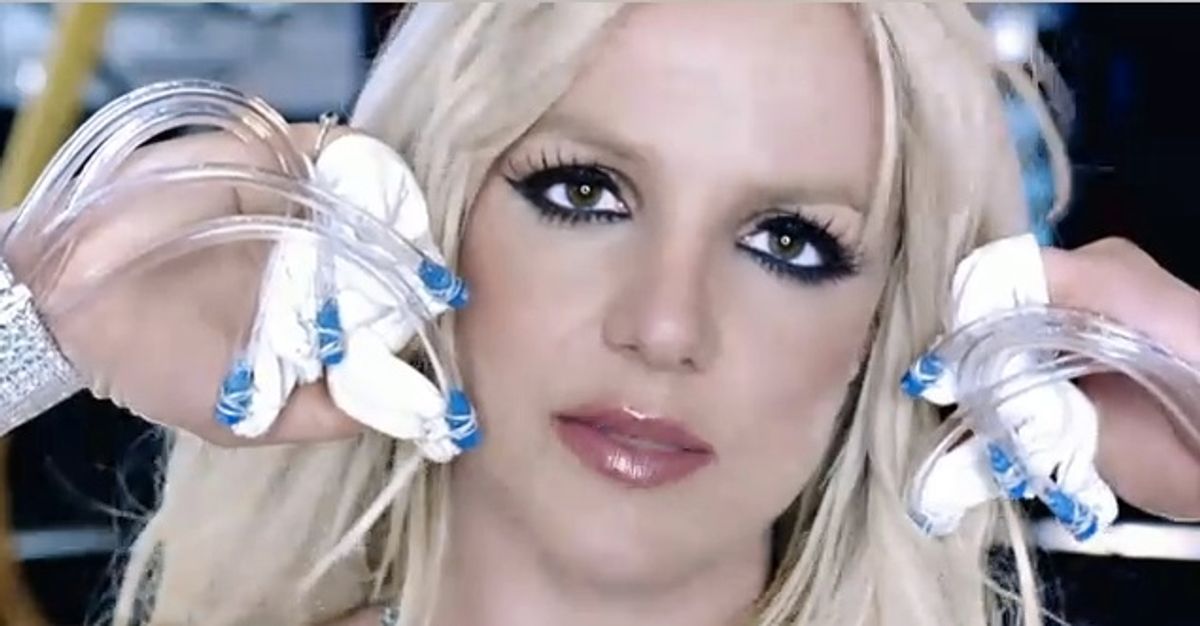 Britney is crazy for you
--

Lindsay Lohan would do well to look at Britney Spears for a role model. Only four years ago, Britney was attacking cars with an umbrella during a nasty divorce battle with Kevin Federline. Every day brought news of her recent exploits: letting her baby drive the car, rehab, hit and run charges.

But it's 2011 and, as they say, Britney is back (bitch). She guest-starred in a "Glee"-themed episode revolving around her music, just purchased an $18.9 million mansion, and has released the first music video off her new "Femme Fatale" album, "Hold It Against Me."

But just what are we looking at here?

So what's going on here? An alien Britney falls to earth in a comet, but she spends the entire video inside of a metal room filled with wires, video feeds and Sony computers/televisions. In between rising above ground in a giant wedding dress with IV tubes plugged into her, Britney-alien-bot imagines a room where two other versions of herself are fighting. She goes and checks up on her PlentyofFish.com dating account. There's a cute boy! Suddenly, paint sprays from the IV tubes, drenching the minions of dancers with no eye sockets who prance around her, waiting to get hired for a Lady Gaga video. All three Britneys (one in the room, two fighting in space) fall to the ground, spent after their paint ejaculation. But like Britney herself, these women-things are down but not beaten. They begin to rise once again and sing, as an angelic-looking Britney (circa 2003?) brings the world her message on a plasma screen.

Liz Kelly of the Washington Post called the video an "infomercial" for her own cosmetics brand, Make Up Forever, along with PlentyOfFish.com and Sony. But the first time around, I almost missed the makeup thing entirely. Sony is more indiscreetly placed. (Why would an alien mental patient -- or whatever the hell she is -- be using Sony?), while the PlentyOfFish shot doesn't even make sense in the context of the video (which, to be fair, isn't very coherent in the first place).

Still, it's visually stunning, with a "Matrix" meets "The Cell" vibe that will have Lady Gaga wishing she had thought of IV paint drips first. If Britney's metaphoric selves are actually duking it out in her brain as well as they are in this video, we can only assume that, for now at least, the good half has won out.