The mystery of the Tucson firefighter 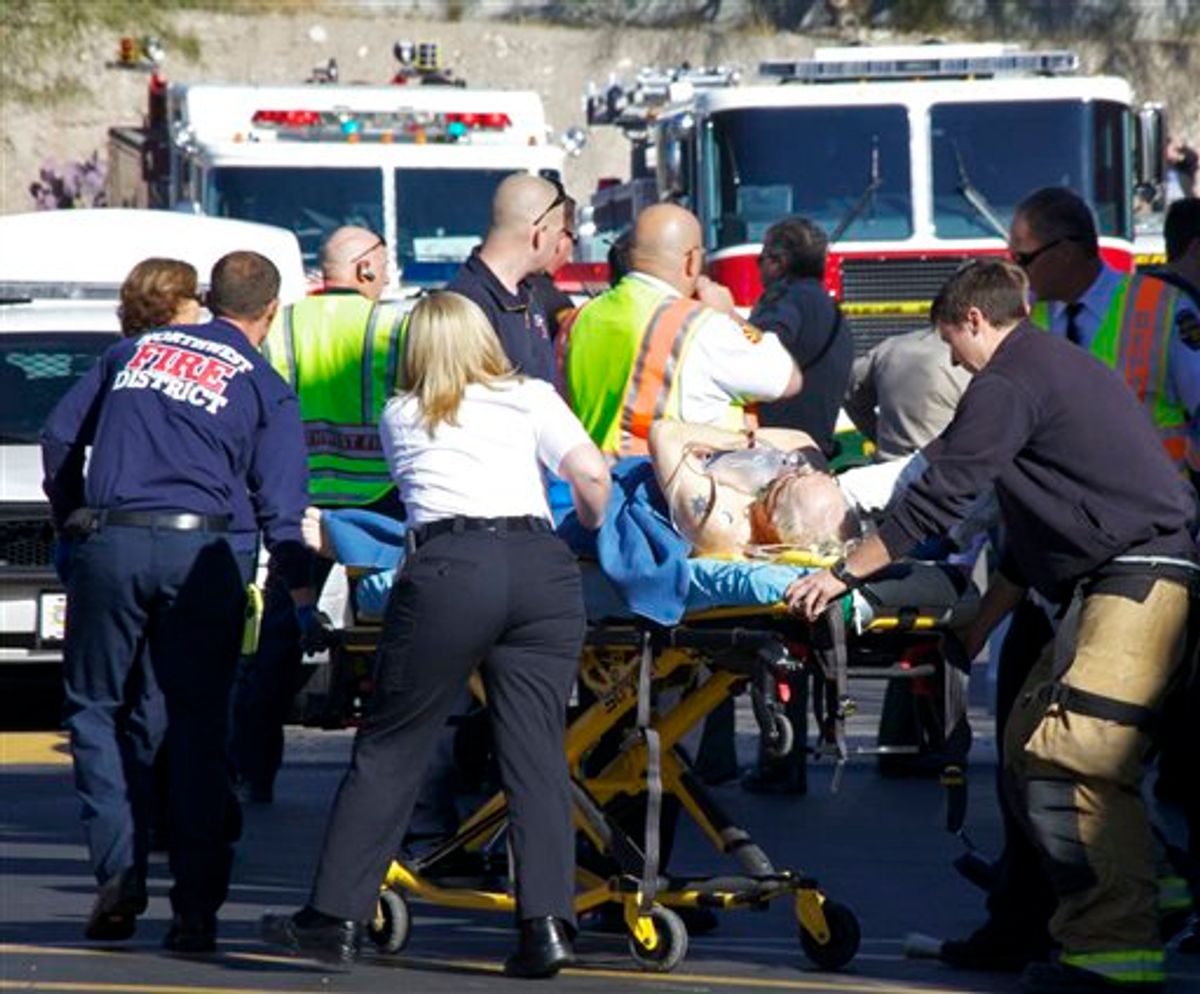 Emergency personnel attend to a shooting victim outside a shopping center in Tucson, Ariz. on Saturday, Jan. 8, 2011 where U.S. Rep. Gabrielle Giffords, D-Ariz., and others were shot as the congresswoman was meeting with constituents. (AP Photo/James Palka) (AP)
--

This has to be the single strangest story to come out of the mass shooting in Tucson in January: A firefighter refused to respond to the scene of the shooting because of unspecified objections about "political bantering" and because he had "a much different political viewpoint" than the rest of the crew, the Arizona Daily Star is reporting.

Making things even stranger, the firefighter, Mark Ekstrum, resigned from the department two days later, ending a career of 28 years. What "political viewpoint" Ekstrum harbors is not clear.

According to a department memo on the incident obtained by the Star, Ekstrum was told by a superior that he had to respond to the incident regardless of any political feelings, at which point Ekstrum announced he was going home sick. Ekstrum returned later that day to apologize to the crew. According to the memo:

Ekstrum told the Star in a statement that he is distraught about the shootings and he has no problem with Giffords, even having voted for in the last election.