Joss Whedon's space drama gets syndicated, but will it ever really come back from the dead? 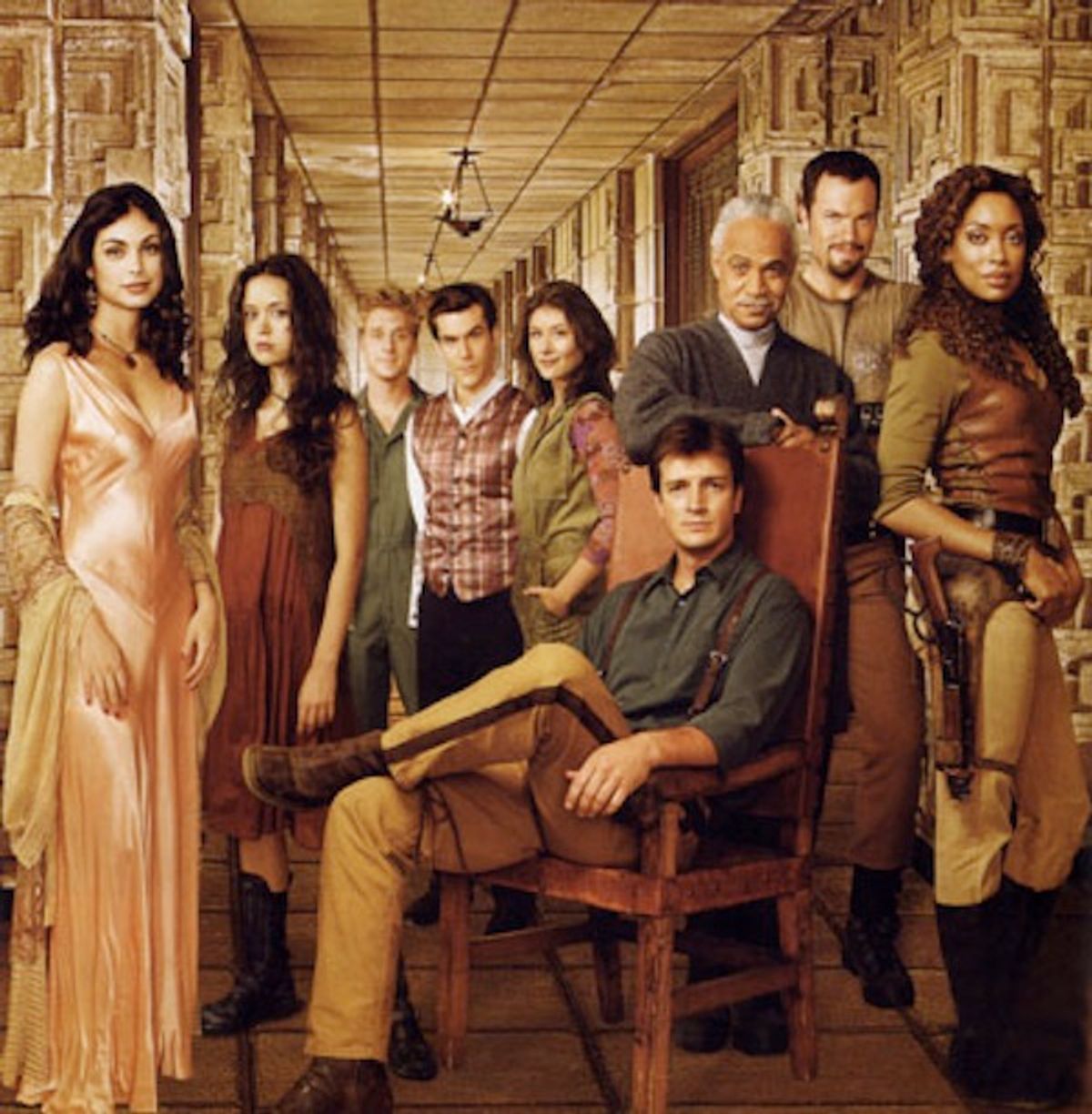 While Joss Whedon is busy adapting "The Avengers" into a highly anticipated blockbuster, another one of his stories has come back from the undead, not unlike one of Buffy's titular baddies. To the delight of nerds everywhere, "Firefly" will be back on cable after being acquired by the Science Channel. Hooray! And after every episode, Dr. Michio Kaku -- a physicist who is clearly gunning for Carl Sagan's old job -- will discuss the "theoretical science" of the universe through which the spaceship Serenity flew.

"Firefly" ended in 2002, much to the dismay of fan boys who were happy to have a show that girls wouldn't mind watching with them, though the ladies were often more interested in the Han Solo-esque star of the show, Captain Mal Reynolds.

Nathan Fillion, who played Mal in the series, has gone on to more success than the rest of his co-stars (with the exception of "Mad Men's" Christina Hendricks, who had two cameos as con woman Saffron), took time off of his "Castle" schedule to weigh in about his feelings for the show to Entertainment Weekly.

If Castle had its series finale tomorrow and Fox said to you and Joss: "We screwed up, let's try doing 'Firefly' again." Would you do it?

Yes. Yes. I would examine very closely Fox’s reasoning — I'm a little gun-shy. If I got $300 million from the California Lottery, the first thing I would do is buy the rights to "Firefly," make it on my own, and distribute it on the Internet.

Of course, the Internet is where Whedon's last big project, "Dr. Horrible's Sing-Along Blog" made such a giant splash, proving that there is such a thing as a profitable webisode  (or at least one that brings in an audience). If anyone could bring "Firefly" back around for another try, it would Fillion and Whedon. Then again, that would mean Nathan quitting his very lucrative gig on "Castle" first.