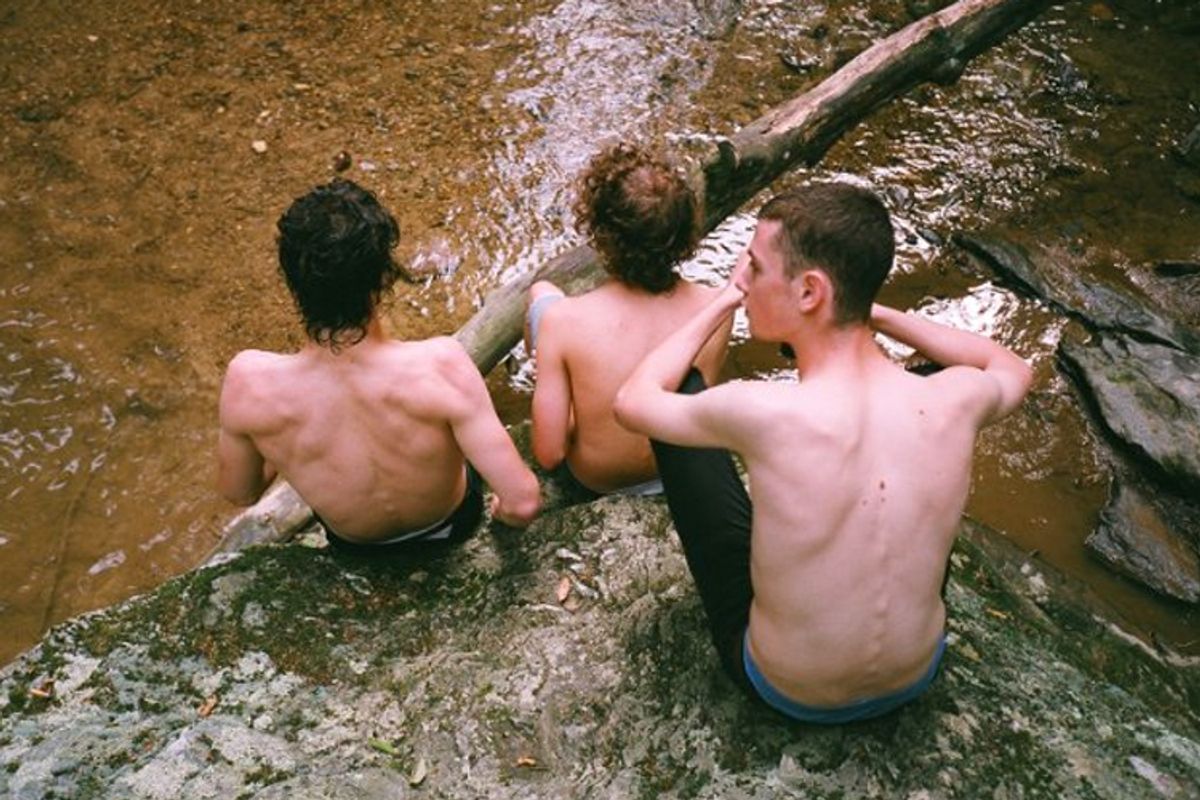 Set in one of those scruffy, downscale urban-meets-rural zones on the fringes of a big city -- Baltimore, in this case -- Matt Porterfield's film "Putty Hill" offers a compelling and intimate portrait of the kinds of working-class lives rarely seen in American movies. But from the first frames, it's also clear that Porterfield is pursuing something more audacious and altogether more peculiar. Blending sweetness and darkness, tragedy and domestic comedy, abstract art-school cinema and documentary realism, "Putty Hill" is a fresh, vital and emotionally engaging indie breakthrough. I'm just as excited about this film, and this filmmaker, as I was after seeing "Stranger Than Paradise" or "She's Gotta Have It" 25 years ago.

As the opening credits roll, cinematographer Jeremy Saulnier's camera is focused on an interior wall for a minute or two, where we can see the indirect light of a fading sunset and hear the ambient sounds of inner suburbia: birds singing, dogs barking, someone implausibly playing classical music, a mechanical whine that might be a lawn mower or a chainsaw. We seem to be in the contemplative, patience-challenging zone of minimalist cinema -- and we are, but not as much as it seems at first. Then, after a wordless scene in which a group of young people play paintball in the woods, punctuated by the pocketa-pocketa-pocketa of the exploding paint pellets -- one of the defeated warriors, a sweet-faced, longhaired teenage boy (James Siebor), slides to the ground, removes his mask, and begins to answer questions from an unseen interviewer. Did he like playing paintball? "I liked it a little." Who are the other players? "Some of my brother's friends." Where is his brother? "He died about a week ago." When's the funeral? "Tomorrow."

To say the least, this is an unconventional approach to storytelling, and at first it's pretty jarring. Who is this kid talking to? Is this movie fiction or documentary? Instead of filling in plot details and exposition indirectly, through action and dialogue, Porterfield simply has his characters tell us what's going on: A young man has died, and what we see in "Putty Hill" are the ripple effects of his death through his family, his circle of friends and his neighborhood. How well you adjust to this wall-breaking combination of dramatic and documentary techniques will probably determine how much you like the movie, and I suppose some viewers will find it off-putting or pretentious. I really didn't. Once I got used to the premise, in fact, I looked forward to the occasional interventions of the off-screen interviewer (who is never identified).

"Putty Hill" emerged from the wreckage of a coming-of-age feature called "Metal Gods," which Porterfield had spent three years preparing in the Baltimore suburb where he grew up. When his funding collapsed in 2009, he repurposed his cast and crew into a collaborative, improvised experiment, which was shot in 18 days and based on a five-page treatment. Necessity is the mother of invention, as they say, and while I'm sure Porterfield was sorry to lose "Metal Gods," he and the rest of us now owe a strange debt to the investors who pulled the plug.

If you give "Putty Hill" a little time, its characters and themes come into focus, but it's as much a sensory experience as it is a narrative. In a scene where an ex-con tattoo artist (Charles Sauers) is plying his trade and discussing his dead nephew Cory (whose brother we have already met), Porterfield actually supplies subtitles so we can follow the dialogue over the sound of the mechanical needle. (Presumably that's the same persistent whine we heard earlier.) On the other hand, a strangely idyllic swimming party in the woods features almost no audible dialogue. One at a time, we meet the people who will gather the following day for beer and karaoke at Cory's wake: His cousin Jenny (Sky Ferreira), who's in town from California and staying with her estranged dad (the tattooist); his sister Zoe (Zoe Vance), who lives with her mom in Delaware; Dustin (Dustin Ray), who was in prison with Cory but is trying to go straight; Dustin's likable skate-punk brother, Cody (Cody Ray); Cory's mother (Cathy Evans) and grandmother (Virginia Heath), among others.

Some of those people talk to the invisible interviewer and some don't, but what emerges piece by piece is a novelistic portrait of a struggling but resilient community trying to deal with an all-too-predictable tragedy. (Cory was a dropout and a junkie who'd been trending downward for several years.) "Putty Hill" has almost the breadth and range of a classic Robert Altman film and almost the intense formalism of, say, Godard's "2 or 3 Things I Know About Her," but all of it compressed into less than 90 minutes and focused on a nearly invisible corner of an unglamorous city. Porterfield and Saulnier capture the beauty and mystery of this rugged, semi-suburban social and physical landscape with affection but without sentimentality; indeed, the list of American movies that depict working-class life with this much understanding and this little condescension is very short.

Porterfield has said that he was trying to resist the "anthropological, lyrical and romantic currents" found in most realistic cinema. (Let me note here that he may not entirely succeed:  Cory's wake, when we get there, is a genuine heartbreaker -- and even features Jenny belting a killer rendition of "I Will Always Love You.") Another way of putting it is that letting his marginalized characters talk to us directly lends them both dignity and agency, and makes them seem like complicated and thoughtful people we know, not victims or specimens or objects of study. Low-budget, ultra-realistic films like "Chop Shop" or "August Evening" or "Ballast" (which were acclaimed by critics but largely ignored by audiences) can sometimes strike ordinary viewers as blank and affectless, as if their characters' struggles and emotional lives were sealed behind glass. Now, I'm not claiming that "Putty Hill" is going to pack the multiplexes; it's too small and too far below the radar. But it offers American independent film a new way forward.

"Putty Hill" is now playing at the Cinema Village in New York. It opens March 4 at the Charles Theater in Baltimore; plays March 11-12 at the Wexner Center in Columbus, Ohio, and opens April 8 in Los Angeles and April 15 in Omaha, Neb., with more cities to follow.