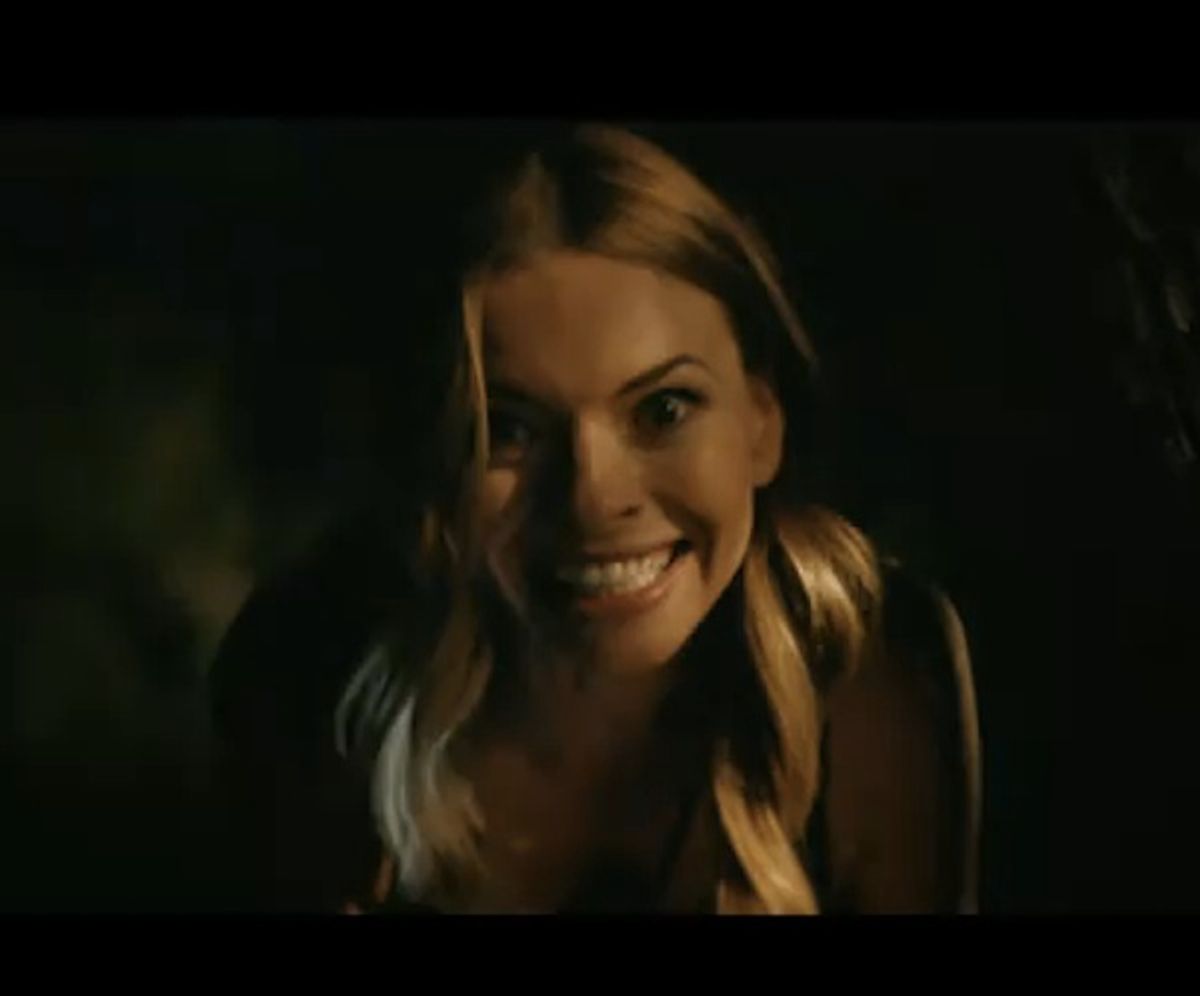 Kelly wants to give you a present
--

In the beginning, people marketed phone services as a way of reaching out and touching someone. You know, not physically or anything, but it was the first way to connect in real time with friends and relatives that lived hundreds and thousands of miles away from each other.

Over time, phone services developed into cell phone services, and there was a notable shift away from the idea of connecting to people and a move toward the instantaneous connection to our devices. It's gotten to the point where one recent AT&T ad finds a husband forgetting his wedding anniversary, then lying to his wife over the phone while he uses it to surf for last-minute reservations. Cell phone companies are no longer trying to market human contact; they are trying to market distraction from it.

Of course, taken to the other extreme, you have Virgin Mobile's Android commercial, the current ad campaign of which promises that if you buy their service, they'll help you act like the most terrifying stalker ever.

David Kiefaber from AdFreak had an eerie premonition about the way this series is going:

Now that Miss Crazy-Go-Nuts has set up shop in a tree outside Brad's kitchen window and (in the second spot, after the jump) in one of his spacious closets, it won't be long before they're pulling a sheet over Brad's body while Kelsey babbles on about being able to check his Flickr stream from the back of the squad car.

Even more frightening than what might happen to these fictional people is the idea that someone out there might be watching this ad (which plays on Hulu) and think to themselves, "Why, yes, I have been wanting a service that provides me with a 24/7 information stream for anyone I choose." Those are the same kids Nicholas Carr might say wouldn't even realize the implications of such a device, or how hard it becomes to turn one off. I fear what the Android tells us about our reliance on technology in lieu of human contact altogether.