What I learned by going blind

I was terrified I wouldn't see my girls grow up. But as I lost my sight, I began to focus on what really mattered 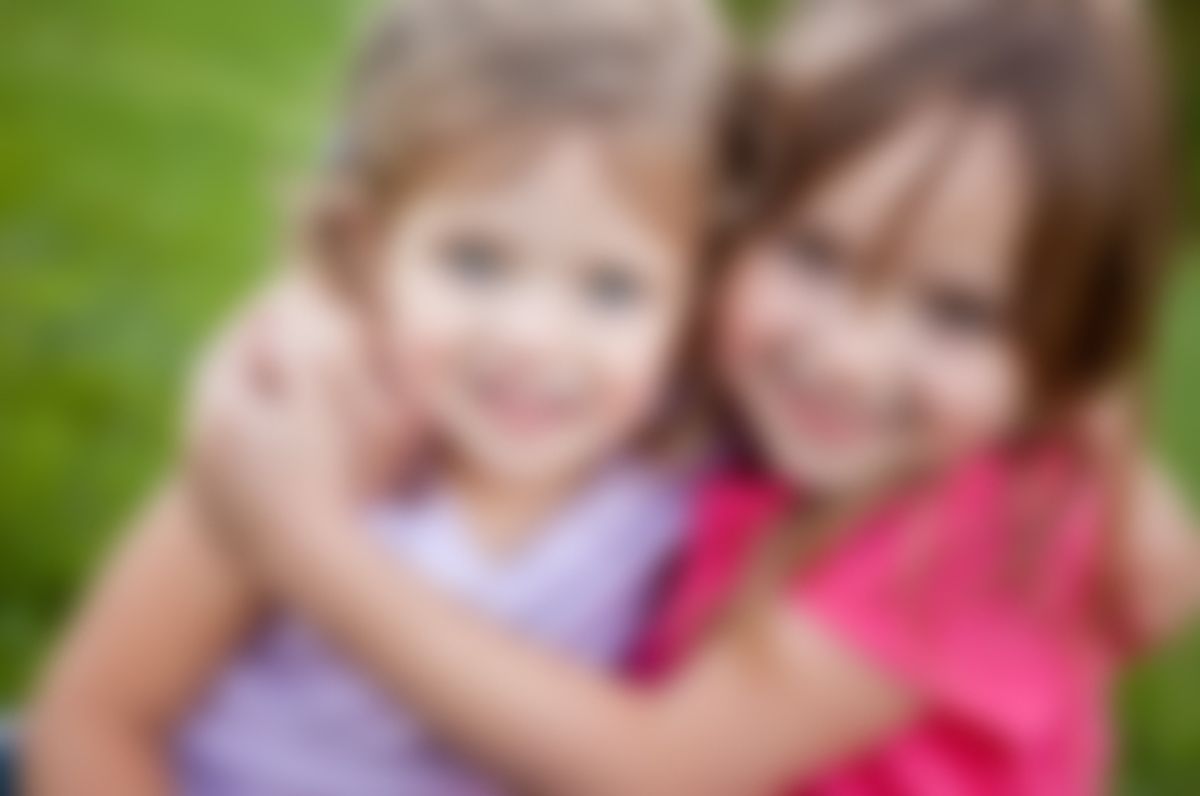 Going blind sucks. So does walking into an eye doctor's office for the first time in your life with trendy red cat-eye frames already picked out, only to be told that you've got a serious problem that no glasses -- regardless of how good they look on you -- are going to fix.

I was 37 when I was diagnosed with retinitis pigmentosa, a degenerative eye disease that first steals your night vision, then knocks out your peripheral vision, then usually takes what's left. I should have guessed something was wrong when I sideswiped a car on the freeway after looking into the right lane and seeing nothing. But it was dark and raining, and I chalked it up to that. It wasn't until I played racquetball with my husband a few weeks later and couldn't see well enough to score a point that it occurred to me something wasn't right. So, at my husband's prodding, I agreed to get my vision checked.

Even after the eye doctor gazed into the back of my eyes and quietly informed me that what he saw resembled a rare degenerative eye disease, I wasn't overly concerned. After all, I had gotten by fine until now and figured if I did have RP -- which he admitted he wasn't sure about -- I was in the very beginning stages. But I knew it was serious when I saw a nurse whispering about me to the retina specialist my eye doctor had recommended, and then heard my name called ahead of a whole roomful of patients with scary-looking eye patches, walkers and canes.

Based on their behavior, I was suddenly convinced I had a brain tumor -- a possibility I had uncovered during the countless Google searches I had done in the week since my first eye appointment. So I was initially relieved when the ancient-looking specialist announced that I had all the classic signs of RP. That is, until he told me that I was already legally blind, asked me how I'd ever managed to get by on such limited eyesight, chastised me for waiting so long to get my eyes checked, and then propped me up like a monkey, trained what felt like a car light on my inner eyeballs, forced my eyelids open and invited a string of residents to get an up-close look at an advanced case of RP.

"So what resources do you recommend?" I asked at the end of my torture session, rattling off the list of vision-enhancing nutritional supplements I'd found during my Internet searches. Given that he was the RP expert, I figured he would be a wealth of knowledge. Instead of counseling me on the best vitamin brands, he scribbled down the phone number to the Center for the Blind and shoved it into my hand.

"Here," he said. "I've yet to discover a vitamin or anything else that's made any real difference with RP. Medical help is at least 20 years out and it's not likely to benefit you anyway. I'm sorry."

"What about driving?" I pleaded, sucking in my breath like a 2-year-old.

"You seem like an intelligent woman," he said, already turning toward the door. "What do you think?"

I spent the next week huddled in my basement sobbing. I mourned the vision I had lost, but mostly I cried because I was terrified about what awaited me. I cried out of fear I wouldn't see my two daughters, barely 5 and 2, grow up. I cried about lost future candlelight dinners with my husband and about the burden I feared I would become to him. I cried because I couldn't drive anymore and because I was scared I wouldn't be able to work. I cried over lost sunsets and ocean views and any other beautiful scenery I would miss out on. I cried until finally it occurred to me that I could still see and that maybe, instead of mourning the unknown future, I should concentrate on Now.

It's been seven years since I discovered that my tunnel-vision eyesight wasn't merely a reflection of what friends have often joked is my tunnel-focused personality. In that time, my vision has shrunk from a 10-degree to 5-degree visual field -- fueling a determined quest to halt the progression of the disease and preserve what precious eyesight I still have. Having concluded that the retina specialist was bad for my health, I've instead sought out every alternative treatment I can find. I've changed my diet, I down Chinese herbs, I undergo acupuncture, I ingest cocktails of vitamins, I stare into a color therapy lamp, I pump electrical micro currents into my eyes, and I try to do daily eye exercises.

In a world of fading vision, I've encountered plenty of things to avoid. They include coffee shops that allow dogs (one belly flop onto a hard cement floor amid a Saturday morning coffee crowd is enough), treadmills (flying off of one at six miles an hour hurts), stairs without rails, crowds, darkness and negative people.

But I've also discovered plenty to embrace. Every day I look at my two daughters, now 12 and 9, and soak in their amazing beauty, their smiles and their zest for life. I walk a lot, which means I've gotten to know my Seattle neighborhood and the neighbors in it, and I'm in good shape as a result. I eat better, have grown to love spinach and even have my 9-year-old daughter craving salmon and salad. I've learned to accept help from people who extend an arm when it's dark, that I have a husband who doesn't shy from adversity, and that living fully in the moment is the best defense against fear.

I'm still feeling my way around this world of semi-darkness. During an evening party a month ago, I spent an hour talking with a woman, only to introduce myself to her a few minutes after we had parted ways. The next night, after tucking my daughters into bed and making myself some tea, I went searching the house for my latest issue of the New Yorker. I rounded a dark corner too sharply, smashed into the divider wall, and cracked open my forehead -- leaving an inch-long vertical gash extending mid-forehead to my eyebrow. My husband cleaned up the blood and cinched up the wound as tight as he could with a bandage, then warned me I might not want to look in the mirror.

Gazing at my reflection the other day, I found myself lamenting over the fact that the new scar on my face wasn't going away. Then it occurred to me that the alternative was not seeing the scar at all.

That's when I discovered something new to embrace. Because every time I see the scar, I'm reminded to stay vigilant about doing everything I can to save my remaining eyesight. But I'm also reminded to focus on what matters in life -- my family, my friends, this moment. I try never to lose sight of that.