It's one of my absolute standbys, it's a dinner that's half vegetables, and it's delicious 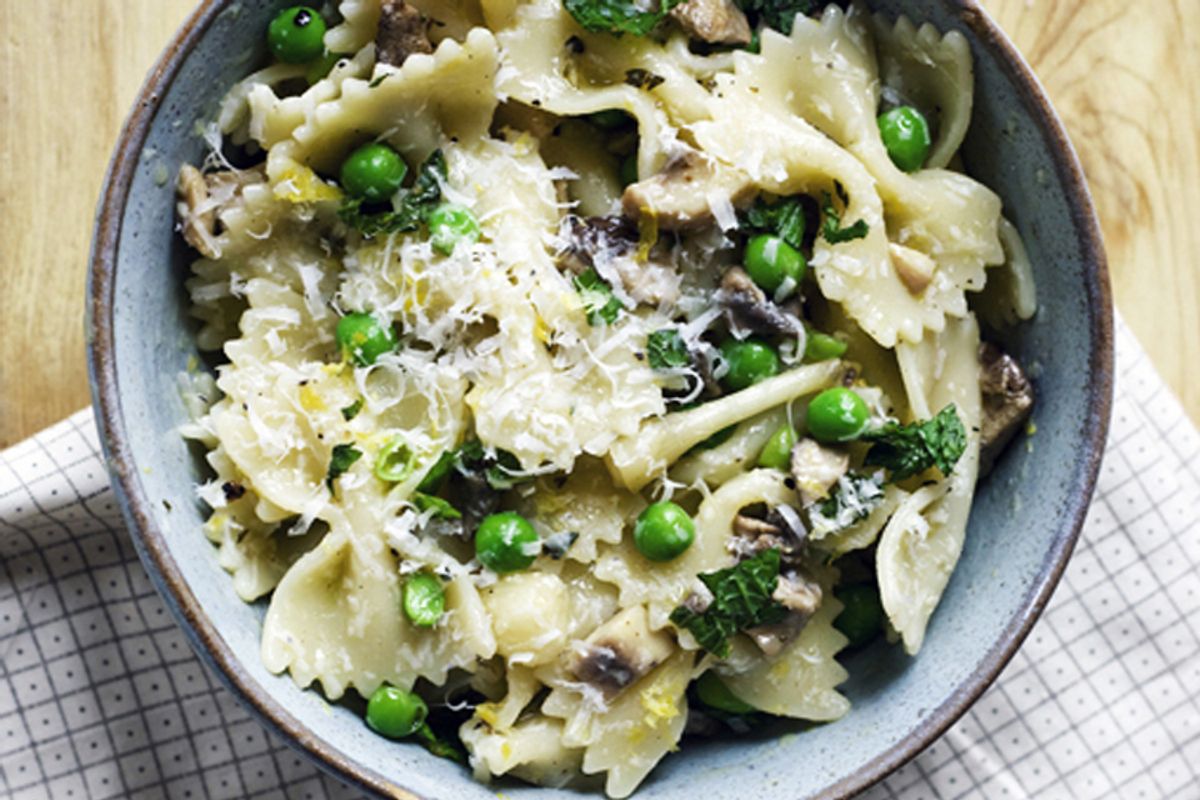 After my piece yesterday extolling the pleasures and creative possibilities of cooking and eating vegetables, I got a message from a brilliant chef -- one whose food haunts my dreams -- asking, "An Achatz dish as an illustration for home cooks?"

Fair enough! I'd trotted out the dish in question, by Grant Achatz of the restaurant Alinea, to highlight the level of excitement a vegetable dish can attain. But it's a 20-element composition involving tomatoes, making balloons of mozzarella cheese, spirals of molasses and saffron, and, well, 17 other things, and it's hardly the kind of thing most people would/could/should attempt. (Not that the intrepid blogger Carol Blymire hasn't tried.) And the thing with pointing toward creative geniuses is that it's dangerous -- one person's inspiration is another's totally oppressive, intimidating, why-should-I-bother wall.

So the dish below (one of my absolute standbys) is not going to win any awards for creativity or highbrow excellence, but that's kind of the point. It uses very unfashionable supermarket white mushrooms and even more unfashionable frozen peas. I mean, it's just pasta with peas and mushrooms. But it uses a searing technique to bring out flavor in the mushrooms and pairs that with a gentle warming-through in garlicky butter to keep the peas light and sweet, a complementary range of flavors and depths. It's also a dinner that is almost fully half vegetable by weight, and will be happily eaten by anyone short of those who literally run at the sight of green in their food. That feels pretty creative to me.

A note about the frozen pea: I love fresh peas, but to be honest, peas lose their sugar and tenderness so quickly that unless you're getting them the same day out of the garden, they can be all mealy and boo-hoo. (And we're still a while from pea season, at any rate.) A decent brand of frozen pea, though, can serve you well; frozen within hours of being picked, they keep many of their fresh charms.

Pasta with peas and roasted mushrooms

Serves 3-4 as a main course