Anonymous warns Westboro Baptist Church to stop with the hate 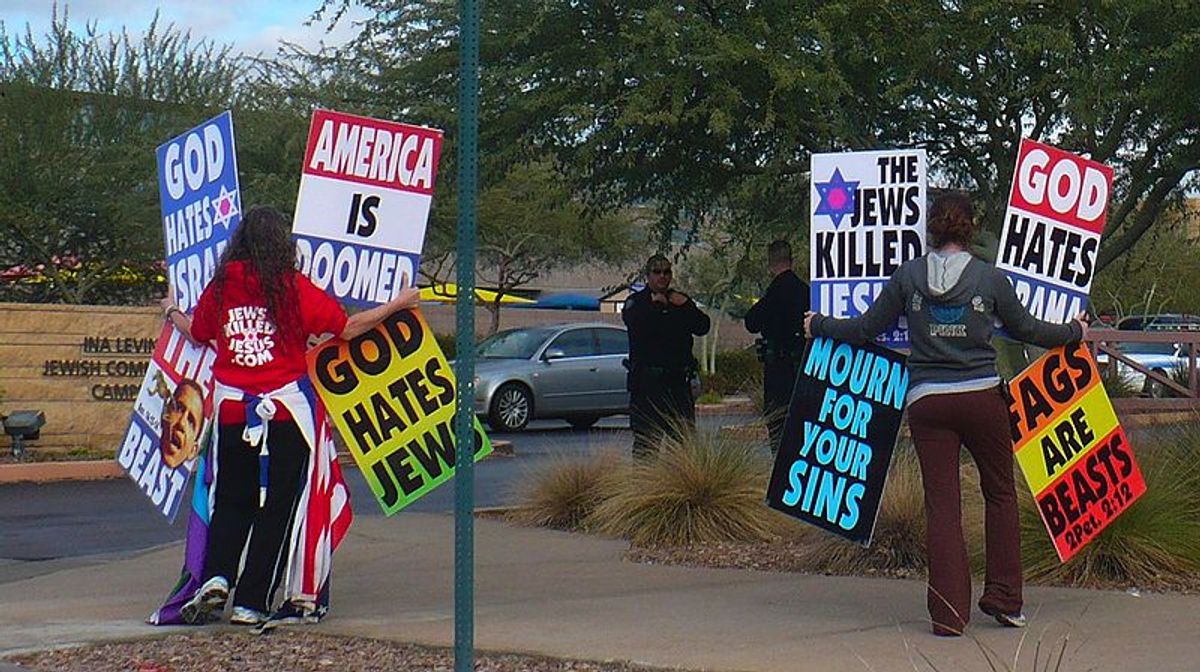 Anonymous is at it again. The controversial hacker collective made headlines two weeks ago when it broke into the email accounts of computer security firm HBGary. The hackers released a number of documents, including some that revealed the firm was plotting to destroy Wikileaks, in part by targeting journalists such as Salon's Glenn Greenwald.

Now Anonymous has a new target: the equally controversial Westboro Baptist Church. The church has drawn widespread ire for its vitriolic anti-gay messaging and protests at military funerals, behavior that Anonymous deemed unacceptable and loathsome in an open letter to the organization:

ANONYMOUS cannot abide this behavior any longer. The time for us to be idle spectators in your inhumane treatment of fellow Man has reached its apex, and we shall now be moved to action. Thus, we give you a warning: Cease & desist your protest campaign in the year 2011, return to your homes in Kansas, & close your public Web sites. Should you ignore this warning, you will meet with the vicious retaliatory arm of ANONYMOUS: We will target your public Websites, and the propaganda & detestable doctrine that you promote will be eradicated; the damage incurred will be irreversible, and neither your institution nor your congregation will ever be able to fully recover.