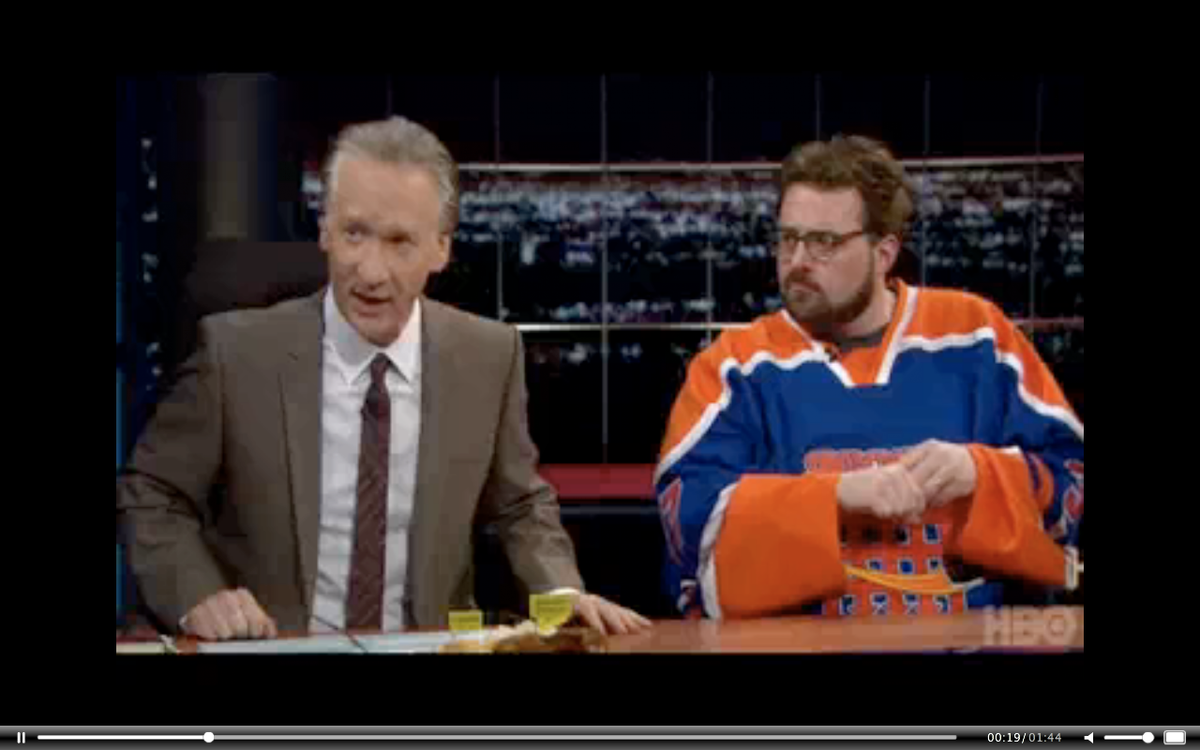 This week in tiresome media showdowns: Bill Maher and Bill O'Reilly have been firing shots at one another since the "Real Time" host called the "Factor" host "unpatriotic" two weeks ago. The charge stemmed from the Super Bowl interview in which O'Reilly seemingly would not let President Barack Obama finish a sentence. Maher, needless to say, found this distasteful.

The comments prompted a number of pundits -- including O'Reilly himself -- to level charges of hypocrisy against the HBO host. Critics point out that Maher himself managed to call former President George W. Bush nearly every four-letter word in the book during that presidency.

On his show on Friday night, Maher struck back.