Men feel the vibe too

Once seen as a threat to masculinity, straight men are finding that sex toys give them some sexual swagger 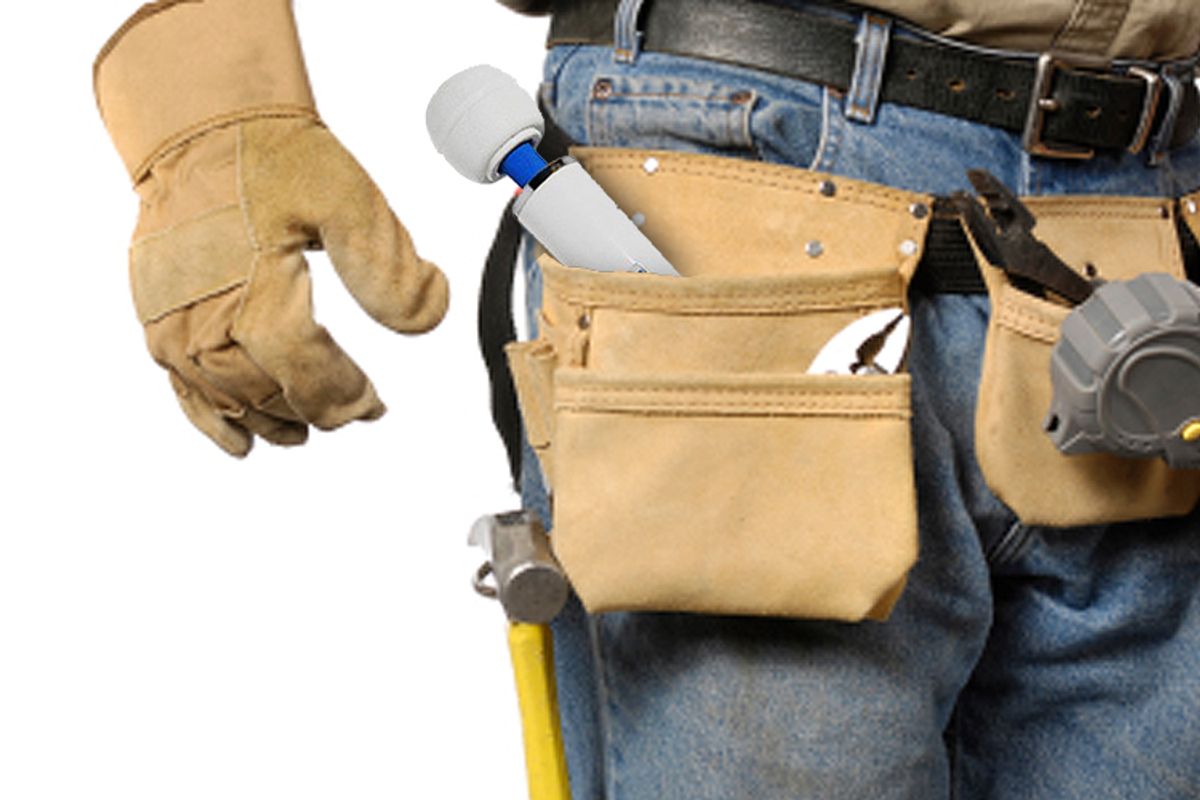 For an idea of how the male view of vibrators has changed, look no further than the first episode of MTV's insolent high school dramedy "Skins." Talking on his cellphone, Tony boldly directs his girlfriend, "Ditch after Trig and I'll do you with the 'magic rabbit.'" He pauses, grinning naughtily. "Yeah. I know you like it. Bring batteries."

It's only recently that sex toys became an accepted symbol of a man's sexual prowess. Once upon a time, vibrators were seen as posing a threat to masculinity -- something that might outperform, maybe even replace, men in the bedroom. But now they're seen as a useful item in a guy's toolbox, and many see them as no more emasculating than a power drill. It's not like 20-somethings are carrying around pocket vibes like condoms, but men are increasingly open to sharing the bed with them.

Of course it isn't news that vibrators have gone mainstream. Cheap varieties are available everywhere from 7-11 to CVS; sleek gadgets are sold in well-lit shops like Babeland; and those looking to drop a couple G's on a diamond-encrusted, gold-plated number can head to luxury suppliers like Coco de Mer. What's remarkable is the dramatic change in how sex toys are portrayed in popular culture and, judging from the guys I interviewed, how straight me...

Why the change? Many of the guys I spoke with feel that vibrators give them some sexual swagger. My friend Jake, a 28-year-old certified dude, tells me that he first gave sex toys a go because he wanted to "impress a new lover." That isn't to say that he was perfectly confident about how his performance would measure up. "I was threatened at first," he says. "It's like the chess player competing against the IBM computer. It's a robot. It's built to perform. But then you realize a vibrator doesn't have a heartbeat. It can't sweat. It can't breathe. Real sex is about soul." Aw, buddy!

Charlie Glickman, a Good Vibrations sex educator, explains: "One of the hallmarks of stereotypical masculinity is the idea of being sexually skilled, that he knows everything about sex, knows how to please his partner," he says. A lot of guys still subscribe to that notion, but Glickman says "more of them are letting go of the idea that 'Gosh, intercourse is supposed to be the be all and end all of my partner's pleasure.'" This might have something to do with the dawning of awareness about the importance of external stimulation. Study after study has shown that the majority of women require more than just penetration to orgasm, and many men have taken note.

Of course, as the market of clitorally focused toys has exploded, there is also less reason for dildo envy. "Vibrators now appear in a wide variety of shapes and sizes, and they are not seen exclusively as replacement phalluses in part because of this," says 47-year-old Robert. What's more, sexual gadgetry just keeps becoming more high-tech and, as Glickman says, "If you're a guy who likes to have good-quality tools there's one out there for you." That power tool analogy just keeps coming up. "Malk," 40, tells me by e-mail: "To any guy who says 'my cock gives her all she needs,' I say, 'Do you still use a hand-turned screwdriver, or a power tool?'" Guys can even get cocky about their fake phalluses.

Men have only followed in women's footsteps when it comes to comfort with sex toys. "I don't think this awareness was caused by men sitting and talking to each other about it," says Glickman. "As more women have been speaking up about using vibrators, it has normalized it for their male partners." Vibrators are no longer a sign of lonely singlehood; they are a fun, kicky item sold at Tupperware-style sex toy parties for bachelorettes or housewives looking to spice things up at home. With the rise of high-end brands like Jimmy Jane, which produces toys that look like modernist art, women are less inclined to hide them under the bed in a shoebox. I have a friend who proudly displays her collection at her bedside -- and it truly isn't immediately obvious what they are unless you've seen them before. This way, they become an easier topic of conversation.

Despite all this change, Carol Queen, legendary Good Vibrations sexologist, cautions that "plenty of men still have not gotten the memo that vibe use is not a threat to them." Well, here it is.