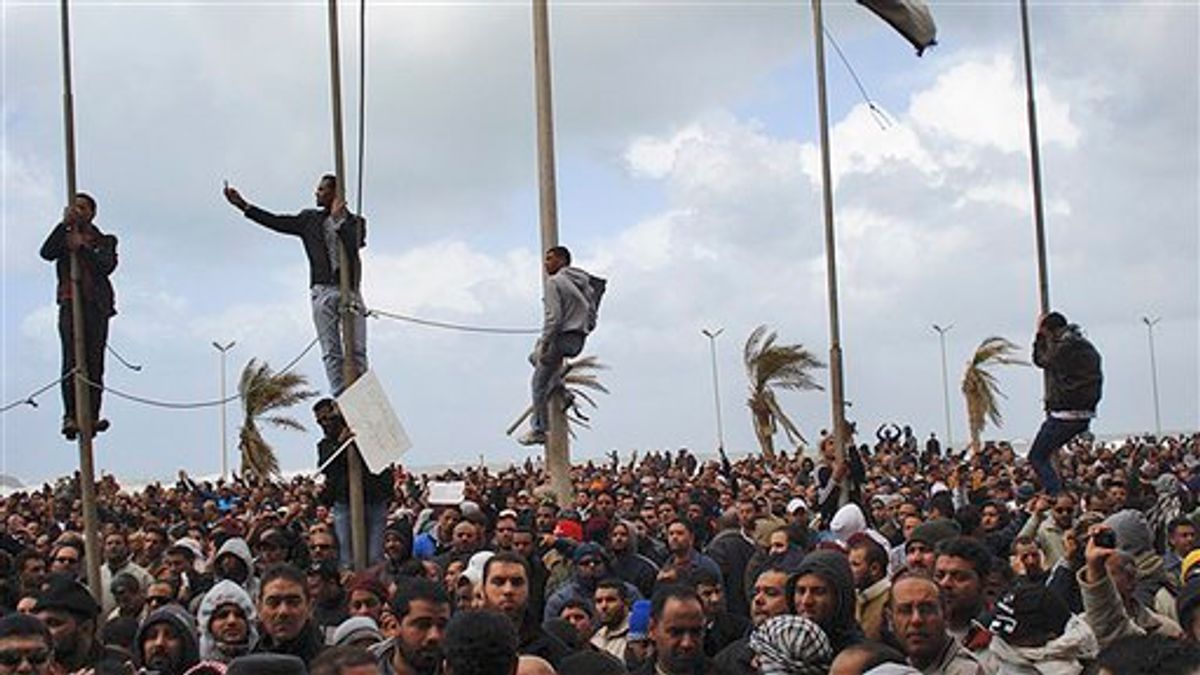 This photograph, obtained by The Associated Press outside Libya and taken by an individual not employed by AP, shows people gathering during recent days' unrest in Benghazi, Libya. (AP Photo) EDITOR'S NOTE: THE AP HAS NO WAY OF INDEPENDENTLY VERIFYING THE EXACT CONTENT, LOCATION OR DATE OF THIS IMAGE. (AP)
--

UPDATE (1:10 P.M. EST)
A number of sources are reporting that Libyan President Moammar Gadhafi may have fled the country as protesters take hold in the capital city of Tripoli. Reuters reported that a British foreign minister had seen information suggesting that Gadhafi was headed to Venuzuela. The government of Hugo Chavez has denied those reports.

Meanwhile, as violence mounts, Ibrahim Dabbashi, the Libyan deputy ambassador to the United Nations, has reportedly said that the Libyan dictator "has declared war on the Libyan people and is committing genocide."

EARLIER
Al Jazeera reports that security forces using fighter jets have opened fire on protesters maching on Libyan President Muammar Gadhafi's compound in Tripoli. As phone lines have been cut throughout the country, incoming reports are largely unconfirmed, and foreign embassies are evacuating their personnel.

Al Jazeera summed up the events in Libya with an inside report about the regime's efforts to crush the uprising: