"Mewdini" the cat finds herself in a hairy situation

A decade ago, the FBI would have investigated Ksyusha the kitten. Now she's a viral hit 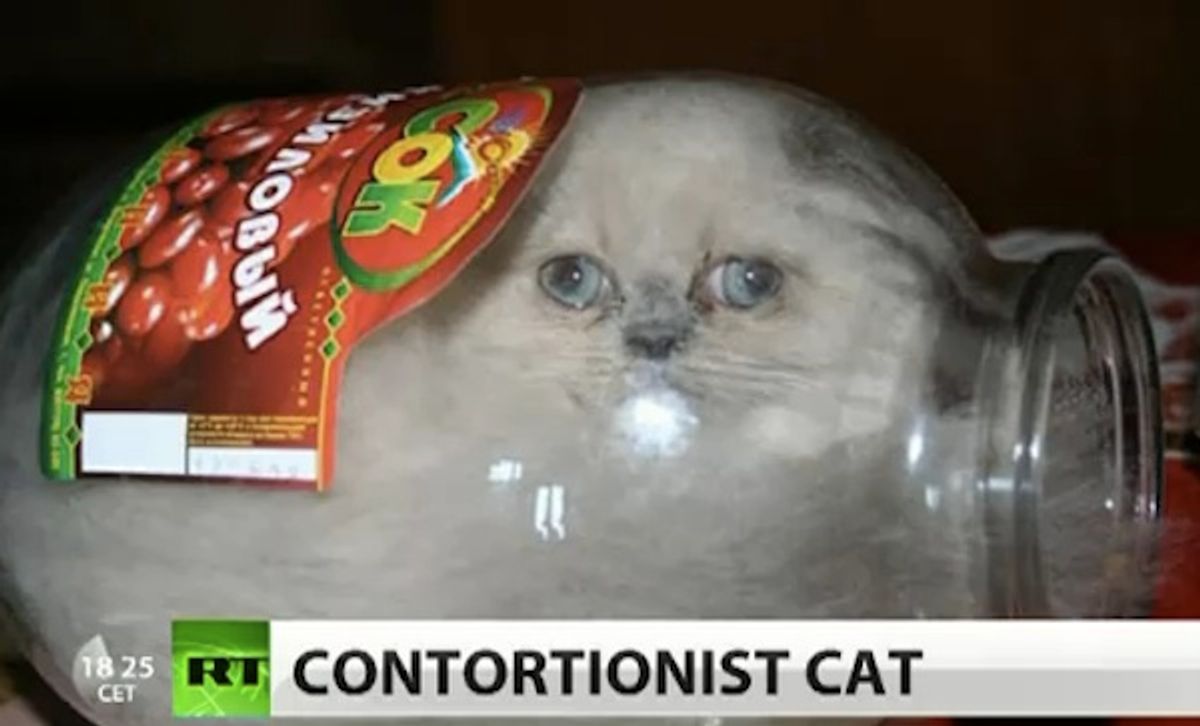 How does Mewdini make you feel?
--

Forget cats in pots: This weekend, all we could talk about was Ksyusha, the Himalayan kitten with an affinity for squeezing herself into jars and other tight spaces. Your first instinct on seeing these photos may be to call PETA, but Ksyusha's owners claim that she's not in any danger. From The Daily Mail:

It looks like she is stuck, but actually her body is not as big as it looks because of the large amount of fur,' said Yuriy Korotun, who lives in Moscow. ‘She likes hiding in different places and is full of character.’

Oh well as long as she likes it and zomg look at those eyes!!! But checking out the cat dubbed "Mewdini" this weekend, I had an uneasy feeling I had seen photos like these before. In 2000, BonsaiKitten.com made the Internet lose its collective mindgrapes when it purportedly started selling kittens in different shaped-jars, so you could have your container cat take on any shape you wanted!

The flexibility of the kitten's skeleton means that if the bones are gently warped at this early age, they can be molded into any desired shape. At Bonsai Kitten, we achieve this by placing the kitten into a rigid vessel soon after birth, and allowing the young cat to grow out its formative time entirely within this container. The kitten essentially grows into the shape of the vessel! Once the cat is fully developed, it is removed (or the vessel broken to remove it!), producing the lovable, furry pet you've always wanted, but it remains in the shape you've always dreamed of! There is virtually no limit to the eventual shape of your pet. The photo (and site) turned out to be a hoax, but not before animal rights groups and the FBI got involved. Eleven years later, and we're back to the old "cats in jars" trend, except this time it's adorable because, ostensibly, the cat wants to be in there. So far, there have been no videos of Ksyusha climbing into these small spaces on her own free will.