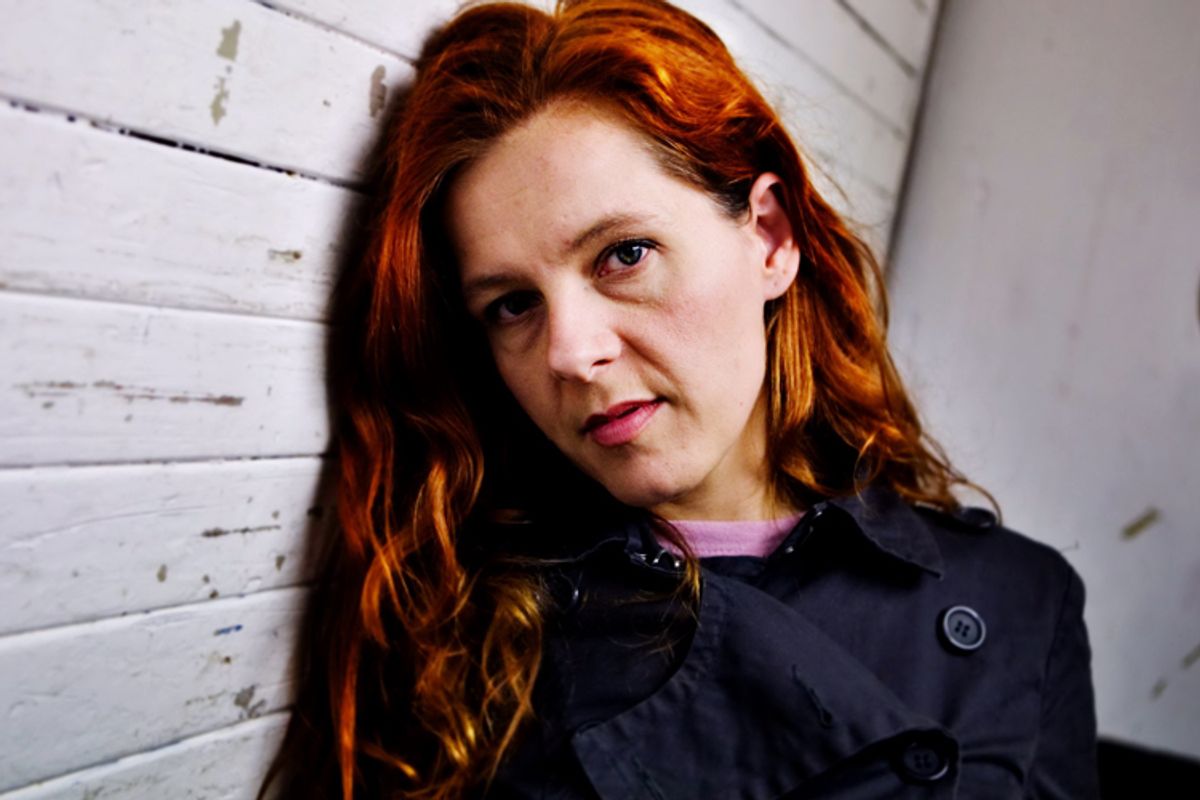 It sounds impossible but it's true: a Grammy-nominated, critically acclaimed, indisputably hot rock star with no groupies. Yet in a fascinating Twitter stream of consciousness this weekend, Neko Case, the New Pornographers vocalist and solo artist, admitted a dark, often sexless secret of celebrity. What is it that notoriously fan-bonking rockers from Robert Plant to Vince Neil to Fred Durst have that this star doesn't? Penises.

"No, ladies in bands don't get ANY action," Neko Case, a woman Playboy readers once deemed the "Sexiest Babe of Indie Rock," tweeted on Saturday. "Back me up ladies. no one believes this."

And the ladies did indeed. What followed was a frank, often funny examination of the disparity in sexual attention that male and female musicians receive, with hearty tweets of agreement from the likes of Michelle Branch and Anya Marina. "You are 100% correct," wrote Crooked Fingers' Miranda Brown. "I have gotten laid exactly one time on tour, and it was an ex. laaaaame."

Female musicians surely get their share of worshipful attention, but why is it that a guy with a guitar can pretty much write his own sex ticket, while musician Colette Alexander says, "The best gift a friend can get a (girl)friend who's about to go on tour is a vibrator"? There are a whole lot of theories. As Shelby Earl noted, "We're all surrounded by DUDES, aaaalllll the time. Buncha cock blockers." Another tweeter theorized, "I think guys assume ladies in bands are dating one of their bandmates. We get no love." And another Twitter commenter chimed in that "I think, a lot of men just don't know how to approach a powerful woman."

Rock's male groupie shortage isn't new. Susanna Hoffs of the Bangles has said, "We liked to bring the cute guys backstage and chat and flirt but that was as far as it went." Even Belinda Carlisle, whose group the Go Go's made a notorious video sexually taunting a male member of their entourage, has said, "We did everything male rockers did, and more -- except for the sex. I have to say, we always wanted to have male groupies, but we scared them off."  It seems for every Lita Ford, who's admitted, "My male groupies have always treated me with respect and have been awesome," there are a world of unpropositioned Anya Marinas. And maybe nobody wants to be immortalized by Liz Phair singing, "You don't even know who Liz Phair is."

But the biggest reason for the lack of males in the groupie workforce likely stems from the power dynamic inherent in a sexual negotiation. A female fan, for all the chutzpah she may possess to throw herself in the path of R. Kelly, is chasing after a male of higher status. But the man standing outside by the stage door, despite the boldness of his move, is rarely viewed as her sexual equal.

I asked a male musician friend, whose band's breakout hit became an MTV mainstay in the '90s, his opinion, and he recalled, "We opened for Tori Amos for a few shows and she's got totally fanatical fans who would spill blood for her. But they are mostly female." So where are the men in female rock stars' lives? "Most women stars I know are busy screwing male stars and guys in their band," he said, adding, "a VERY important factor -- the groupie gate keeper." Male fans, he says, are less likely to get past security, for very compelling reasons of safety. A girl is simply less of a perceived threat. The opportunity for a casual hookup to go badly, the potential consequences for a woman, are different and much more serious than they are for a man.

So even though Miranda Brown may jokingly tweet, "Step it up with the ladies on tour!" Case herself admits the issue here isn't really about conquest. "Was not COMPLAINING about not getting hit on, not ASKING to be hit on," she tweeted, "just conversing about the opposite 'groupie' phenom of Lady musicians. I just think it's interesting as I have found it to be universally true amongst lady musicians I've met over the years, which have been LOTS." And she added, in her typically poetic way, "I realize for myself, I didn't want to be hit on BY lots of men so much as I wanted to be hit on AS MUCH as men. Competitive inferior [scomplex." For female artists, it's got to be weird doing the same job as their male counterparts and not getting the same payoff in attention. But the practical reality is that just because a woman rocks your world onstage, she's probably not going to do it backstage as well. "I'm too old to care now," Case says. "But in my 20's I felt pretty robbed."