Are you excited for Mayor Rahmbo? 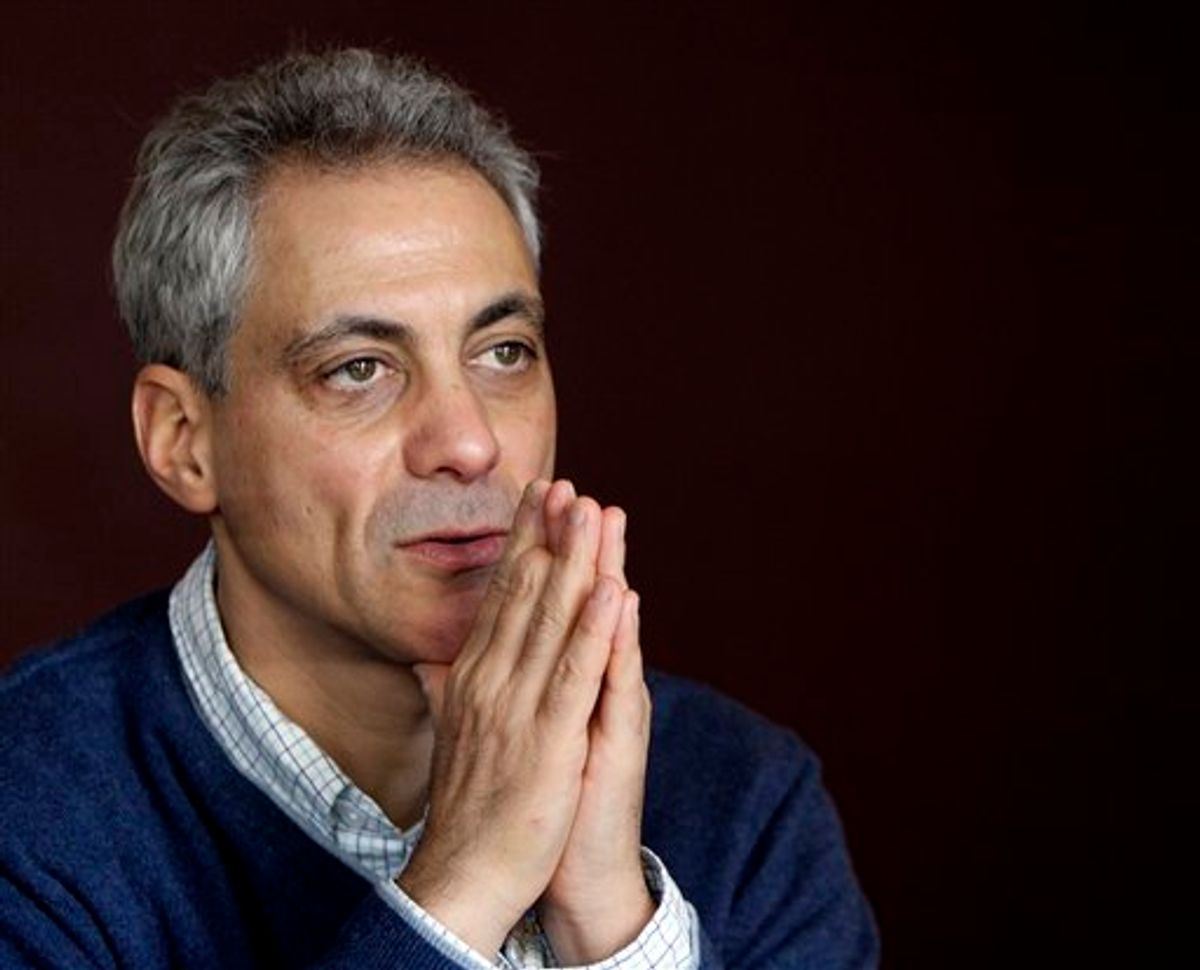 To the extent there's any suspense in Chicago's mayoral race, it's over whether Rahm Emanuel will be elected tonight or on April 4.

At issue is whether President Obama's ex-chief of staff manages to secure an outright majority in the preliminary election being conducted today; polls have shown him running around the 50 percent mark. If he clears that hurdle when the ballots are tallied tonight, the game will end on the spot.

If he falls short, there will be a runoff between Emanuel and the second-place finisher, who figures to be Gery Chico, the former chief of staff to outgoing Mayor Richard Daley. While it's theoretically possible that Chico (or Carol Moseley Braun or Miguel del Valle, each of whom might also place second) could corral all of the non-Emanuel voters and overtake him in the runoff, such a scenario is extremely unlikely. In reality, the only major obstacle to Emanuel's coronation was the issue of his residency, which was finally resolved in his favor several weeks ago.

Emanuel's pending success is noteworthy when you consider the struggles that other chiefs of staff have faced when they've tried to enter (or reenter) elected politics after leaving the White House.

Those who have failed to make the leap include Erskine Bowles (a Clinton chief of staff), who waged futile Senate bids in North Carolina in 2002 and 2004; Hamilton Jordan (Carter, who lost a 1986 Democratic Senate primary to Wyche Fowler in Georgia;  and Al Haig (Nixon), who dropped out of the 1988 Republican presidential race after finishing with 0 percent in Iowa. You could also make a case for including Donald Rumsfeld (Ford), who seemed ready to seek the '88 GOP presidential nod but who was marginalized by his old Ford-era  enemy, then-Vice President George H.W. Bush; and Andrew Card (Bush 43), who showed interest in running for office (for Ted Kennedy's vacant Senate seat or for governor) but opted not to, likely because of the grief his Bush association would cause him in blue state Massachusetts.

The success stories include Dick Cheney, who parlayed his Ford White House gig into a successful U.S. House campaign in Wyoming in 1978; and Jim Jones (LBJ), who went on to serve seven terms in the House from Oklahoma from 1973 to 1987, ending his career with a losing Senate campaign against Republican Don Nickles. Barring a completely unforeseen development (another residency challenge?!), Rahm Emanuel will soon be joining their ranks.